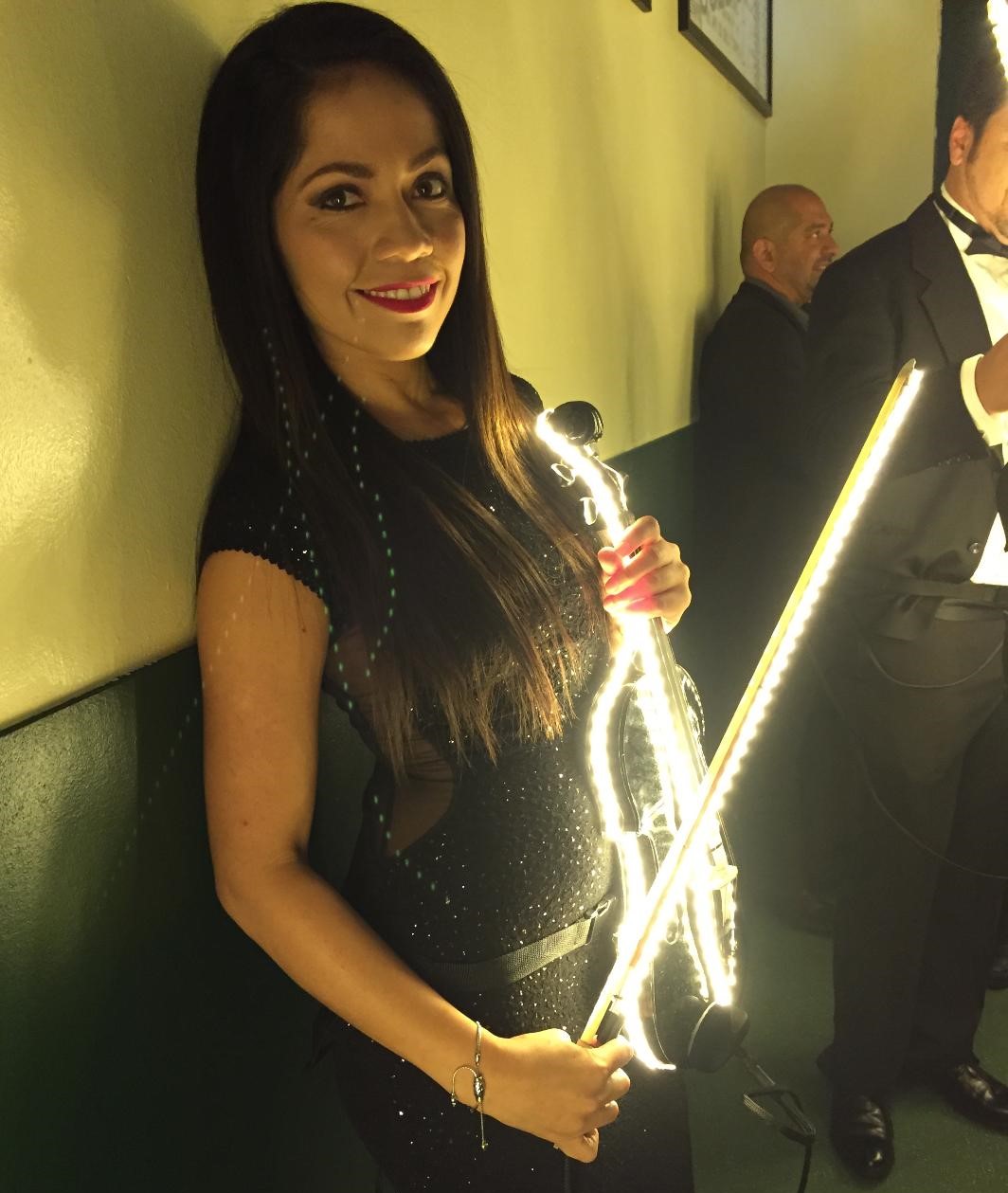 South Floridians are of two minds about the approach of summer. It signals the start of hurricane season but also the countdown to the first harvests of locally sourced avocadoes, mangoes and limes.

Music pouring from a second story apartment on a breezy Thursday afternoon on Miami Beach sparks the thought that our locally sourced enjoyments include more than just fruit.

Wedged between the television and sofa, violinists Ericmar Perez and Tony Seepersad, Elizabeth Oka on viola and on cello, Michael Andrews – executive artistic director and founder of the South Beach Chamber Ensemble – practice the opening phrases of American composer Amy Beach’s, Quartet for Strings in One Movement (Op. 89). The musicians are preparing for the South Beach Chamber Ensemble’s upcoming May program titled, “20 Short Pieces Celebrating Our Twentieth Anniversary.”

Written just before the 1929 crash, Beach’s quartet expands in the small space, a little eerie and gorgeously sad. The melody handed back and forth between violins and cello is gently dissonant with a modernist style that at times recalls Stravinsky, at others Copland.

The musicians abruptly stop and Seepersad remarks, “Maybe that whole measure could be a little bit softer,” and the four musicians mark their scores. “Maybe we can pick it up from measure 28 — 3 and 4.” The four launch back into the passage.

After running the section again the musicians take a break, and Seepersad reminds everyone to bring a second bow for the performance. Perez adds that maybe she should bring a second violin as well. Just add the guacamole, mango salsa and chips and the vibe would resemble a casual get together among friends.

Funded by the city of Miami Beach, Miami-Dade County and, for their 2017-2018 season by the Miami Salon group, the South Beach Chamber Ensemble is one of the few independent classical music groups in South Florida that hires only local talent.

Founded in 1997 the ensemble owes its longevity to Andrews: “I’ve made my space here. We’ve survived 20 years and even made it through the 2008 crash, which was a real hard time for arts organizations.”

The ensemble owes their survival to the grassroots links members have to the Miami community. For instance, Andrews teaches music to young people in Liberty City, Little Havana, Little Haiti and Miami Springs through the Miami Music Project.

Asked how they’ve made a career in classical music work in South Florida, Seepersad, a graduate of the UM Frost School of Music, explains: “I’ve broadened the category of what it means to be a musician. I’m a bit of an entrepreneur. For instance, down at the Seminole Theatre [in Homestead] I’m a board member and can originate and pursue ideas. I like teaching as well. I’ve made it work because I don’t consider myself only a violinist. I’m an artist.”

But each of the musicians confesses to a special joy at performing chamber music that makes the challenges being locally-based worthwhile.

Second year New World Symphony Fellow Elizabeth Oka, who just landed a job in D.C. with the Kennedy Center’s Opera House Orchestra, explained: “A nursing career has a clear objective result as does being a fireman. However, a musician is not doing anything essential to survival. Music is about communicating. When you hear a symphony perform you are listening to 80 people on stage united in a common purpose. With chamber music it is a much more intimate version of that.”

The Ensemble’s anniversary program carries audiences through the history of the string quartet, beginning with Hayden’s “Quinten” quartet (op. 76 no. 2) and closing with a prize-winning composition by Miami-Dade College student, Indira Labanino Leon, “Weeping of the Woods,” completed just last month.