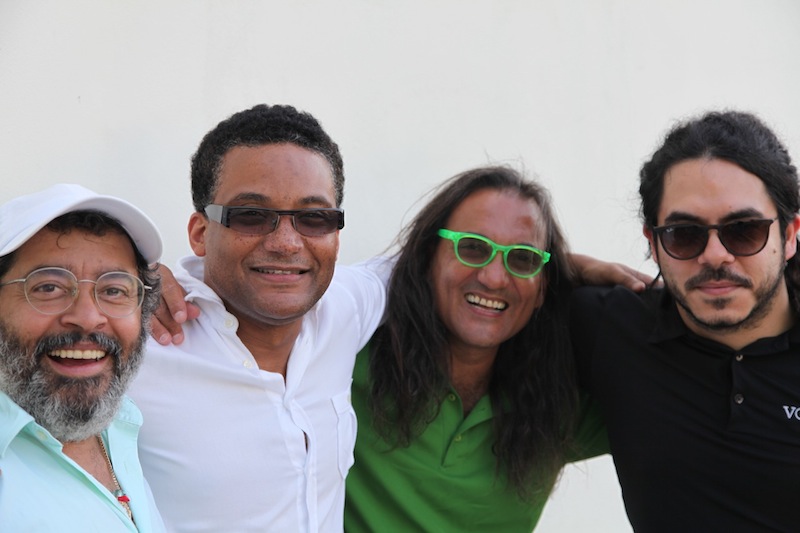 The quality and quantity is astonishing — but so is the continuity of a piano tradition that has transcended ups and downs in the economy, social changes, and the vagaries of political regimes of nearly every stripe.

In fact, the wealth of music “has been a permanent factor in the history of Cuba. It’s not something related to a particular development,” says the pianist Gonzalo Rubalcaba, speaking from his home in South Florida. “Sometimes some people want to ascribe a certain achievement of a country to a particular ideological or political moment. The gift of Cuba has always been its music.”

As it turns out, this year’s Global Cuba Fest, the annual celebration of Cuban music presented by FundArte and Miami Light Project and running March 7 to April 11, is also a showcase of the modern Cuban piano tradition. Saturday’s opening night concert at Miami-Dade County Auditorium is a six-hour marathon that features Rubalcaba as first-among-equals with the group Volcán; and Harold López-Nussa, Aldo López-Gavilán and Jorge Luis Pacheco, three notables in the notable new generation of Cuban piano. (The show closes with Lariba, a Switzerland-based salsa/hip hop group.) As if to underscore a theme, Spain-based pianist and composer Omar Sosa bookends the festival, appearing at the closing concert, at The Light Box in Wynwood, on April 11.

Like their virtuoso elders, such as Rubalcaba and Chucho Valdés, the three younger pianists playing Saturday have an often overwhelming blend of speed and power and a vocabulary that includes elements from European classical and popular Cuban music but also jazz and World Music.

Rubalcaba, himself once celebrated as a young phenom, praises the younger generation, but offers a word of caution.

“Great talent is something that is obvious for all to see — the thing is what you do with it,” he says speaking softly and deliberately in Spanish. “It’s a precious stone that you have to polish, you have to shape, and in that process, time plays a key role. It’s time that gives us the true measure of an artist.”

Something he feels he has in common with this generation, “is the classical formation, which in my time was even more orthodox than it is today,” says Rubalcaba, 51. “From the 1960s to the 1980s there was an inflexible attitude in the music schools towards … traditional and popular music and considering them also valid.”

As the son of pianist, composer and arranger Guillermo Rubalcaba, a mainstay in the orchestra of Enrique Jorrín, the creator of cha-cha-cha; and grandson of Jacobo Rubalcaba, composer of classic danzones, Gonzalo Rubalcaba found himself in a frustrating situation.

“To play any [popular music] within the framework of academia was penalized,” he says. “It was against the rules. And I always felt that was a mistake, especially considering the power and spirit of Cuban popular and traditional music. That eventually eased up and it has changed, but [my generation’s] formation had all the intellectual and technical European baggage.”

While others have dubbed Volcan a Latin jazz super group, he sees it as a collective.

“This is a group in which all members have great respect for one another, everyone has the opportunity to contribute to the repertoire and the humanity is a constant.”

“Many artists and professionals, wherever we are today, have been looking, for years, for that opening, that change,” he says. “Now, there are things that need to happen that are for the Cubans living in Cuba to do, but I also believe that the world cannot turn its back to what is happening. If we speak so proudly about our democracy and our freedom of expression, we should want the same thing for everybody. That has to come to Cuba, and that’s what’s in play now.”

After Saturday’s opener, Global Cuba Fest moves on to Wynwood for concerts by drummer and percussionist Yissy Garcia y Banda Ancha, on March 13, and pianist Omar Sosa, on April 11.

Garcia, the daughter of drummer and percussionist Bernardo Garcia, Irakere’s original drummer, has developed a very distinctive sound with her group, which includes a DJ and blends Latin jazz, funk and electronics.

Given the festival’s global approach, featuring music by Cubans living around the world, it is only fitting that the festival closes with a concert by Sosa, a player with a beautiful, elegant touch and an original, pan-African sound that connects his Afro-Cuban roots with a broad range of genres and styles, from North African music to hip-hop.