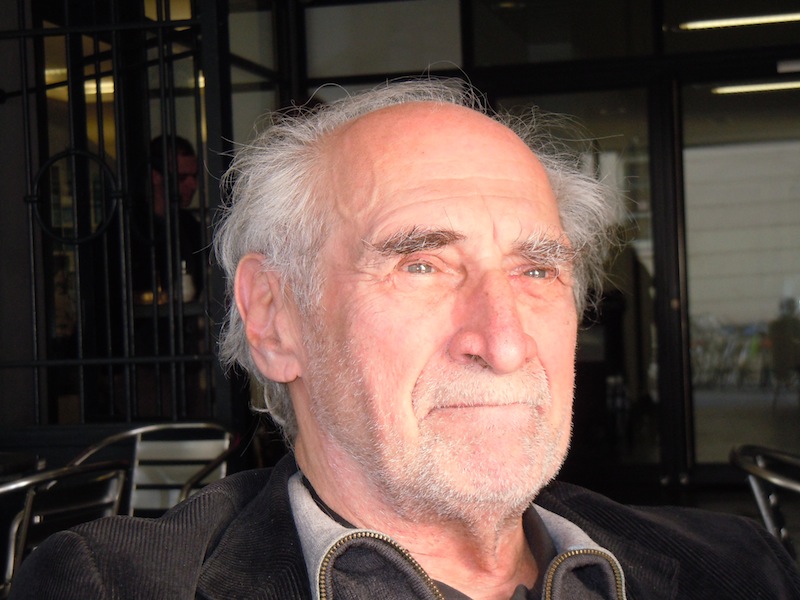 If the political movement that saw its birth after the November elections is in the market for a composer to set the score for its many marches, Frederic Rzewski might be a strong contender for the role. Rzewski, who makes a rare South Florida appearance Saturday at the Miami-Dade County Auditorium to open Tigertail Productions’ month-long dance and music festival “Fire,” is the real deal. With a lifetime of progressive causes infused in his music, the 78-year-old contemporary pianist has the requisite experience for a concert entitled “Music of Resistance.” And age has not dampened his passionate commitment to art as an agent for social change.

Other “Fire” events include “Fire Gods in the Garden,” with site-specific dance pieces by Marissa Alma Nick, Carla Forte, Hattie Mae Williams and Pioneer Winter, on April 12 at the Vizcaya Museum & Gardens; and New York-based Reggie Wilson and his Fist and Heel Performance Group in “Citizen,” April 21 to 22 at Miami-Dade County Auditorium.

Rzewski developed both his political beliefs and his musical talent at an early age. Born in Massachusetts of Polish stock during the waning days of the Great Depression, both of his decidedly apolitical parents were pharmacists who could send him to piano classes at the age of five. His left-leaning piano teacher, Charles Mackey, “used to mix politics in the music,” Rzewski said in a phone interview. “Everybody knew he was supposed to be ‘Red,’ but he was also the best piano teacher.”

This was during the beginning of the McCarthy era. “He taught me all kinds of things, and these were not the kinds of things that good American boys were supposed to know about,” Rzewski said. “It didn’t take long before I acquired the nickname in seventh grade of ‘comrade.’”

Centuries of worldwide political rebellion appear in Rzewski’s work. A song from Ireland’s Easter Rising of 1916, a melody invoking 1938’s Kristallnacht (the night when violent Nazi persecution of the Jews was unleashed), an anthem from the U.S. Civil Rights Movement—all took on a symbolic value in Rzewski’s hands, often different from their composers’ original intent. Rzewski latches on to a popular melody, then revisits, reworks and revives it for audiences who may never have known the original but who can now feel its incantatory pull.

Included on Saturday’s program will be the most famous of these pieces, “The People United Will Never Be Defeated.” The composition is a nearly hour-long exploration of the seemingly limitless possibilities of a fragment of melody that is beautiful, infectious and replete with real-world drama. It is Rzewski’s 1975 answer to the CIA-aided Chilean military coup that saw the overthrow and death of a democratically-elected president, Salvador Allende, and the installation of General Augusto Pinochet, setting off a Latin American reign of terror. Riffing on Sergio Ortega’s emblematic protest song, “El pueblo unido jamás será vencido,” Rzewski works and reworks a single melodic line, each time finding a different tone or detail to emphasize. The voices are disparate, but each expresses the same overarching, inspiring idea, much as a group of individuals in the market for a successful revolution must.

Rzewski began writing “The People United” as a response to the disinformation in America regarding the events in Chile. It was, ironically enough, a commission for classic pianist Ursula Oppens to perform in the Kennedy Center as part of the celebration of the United States Bicentennial. Our independence, thought Rzewski, “was about a small country… asserting its right to independence against a large country, which was Britain. Now, 200 years later, the roles are reversed.”

Rzewski will also play a much newer, politically charged work, 2016’s “Ain’t Gonna Let Nobody Turn Me Around (Songs of Insurrection No. 3).” His interpretation of the iconic freedom song will surely differ from the one NAACP leaders sang at a sit-in at then Attorney General nominee Jeff Session’s office in January, but the feeling is no doubt the same.

Not all of Rzewski’s work is focused on politics; he’s also known simply for making good music. His performances are feats of stamina. He plays with hurricane force, with dangerously fast passages that race down the keyboard, reminding listeners that the piano is indeed a percussion instrument. Technique is essential, and Rzewski admits to purposefully making his compositions difficult in order to weed out lousy would-be performers. Pianists not up to snuff, he says, won’t go near his work.

“There are no bad performances,” he comments wryly. “Music comes first. Whether it’s a baseball cheering song or whatever, the only reason that it catches on is because it’s good music.”