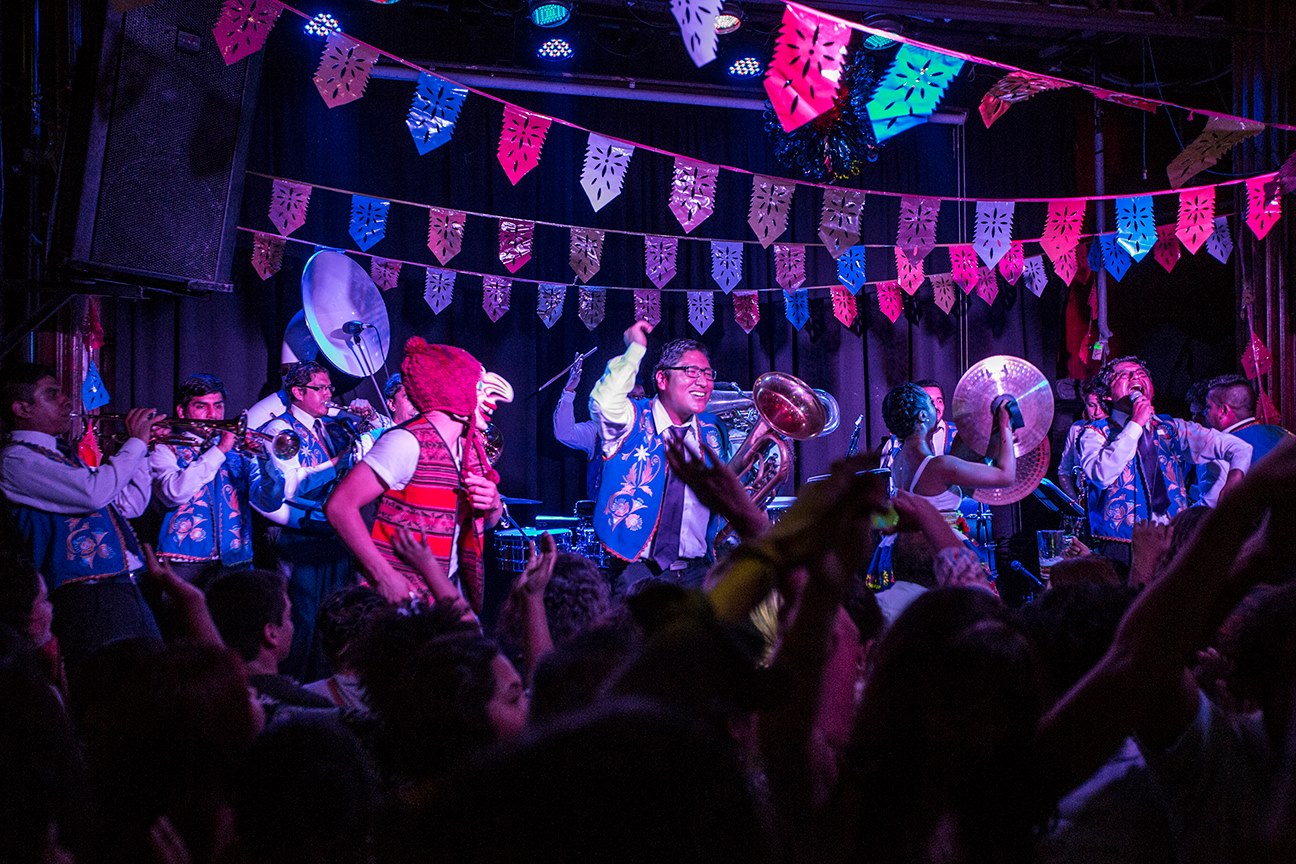 La Patronal’s music is rooted in the tradition of “fiestas populares,” or town fairs common in villages across Latin America. The group’s 11 members are direct descendants of rural Peruvian musicians, and the musicians aim to preserve their indigenous heritage through contemporary-sounding songs that combine the influence of both folk culture and formal music education. Given the prominence of the brass and wind instruments, this is percussive, vibrant music. As such, the band’s performances are often lively, and include visual aspects of countryside fiestas such as traditional masks, costumes and dance.

One of La Patronal’s most popular songs, 2016’s “Abreme la Puerta,” offers their take on a traditional ballad about begging a lover to open the door after a late night of drinking. The song’s success helped to land La Patronal, which formed in 2014, their first U.S. tour last fall.

The show will begin 8 p.m. Friday at the Koubek Center, 2705 SW Third St., in Miami. Tickets cost $20 in advance and $25 at the door. Little Havana Social Club’s season will conclude April 19 with a performance by Viento de Agua, which plays Puerto Rican bomba and plena music. Go to KoubekCenter.org.