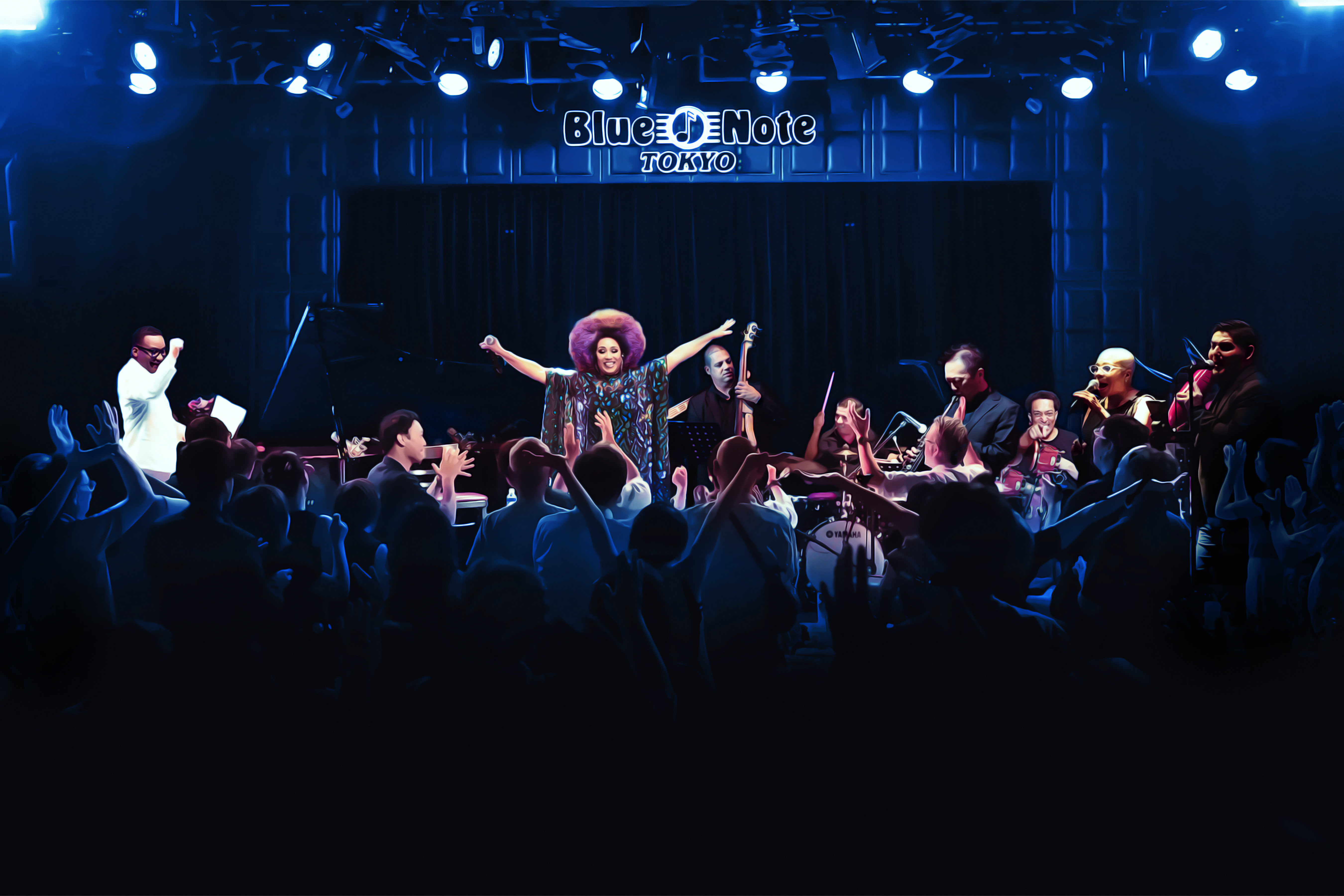 As music prodigies growing up in Havana, Gonzalo Rubalcaba and Aymée Nuviola studied the classical masters, like Beethoven and Bach.

They were children when they entered Cuba’s competitive Manuel Saumell Conservatory, where they trained to become classical pianists.

But in Centro Habana, where the two schoolmates were born and raised, they were exposed to a different playlist. Their neighborhood provided a constant mix of boleros, ballads, guarachas, danzonetes, son montunos and other tropical rhythms that blared from radios, television sets, record players and local bars.

Through the years, Nuviola, an acclaimed Afro-Cuban singer, songwriter, bandleader and actress, and Rubalcaba, a virtuoso jazz pianist, have talked about one day recording a tribute to their childhood, their mothers – who became close friends – and the musical environment that shaped them as young aspiring artists.

That day is now.

The two Grammy winners, who live in South Florida, are promoting their first album together, “Viento y Tiempo” (“Wind and Time”), recorded before a live audience at the Blue Note Tokyo club in August 2019. Released earlier this year on the Top Stop Music label, the album is their love letter to a shared musical past. 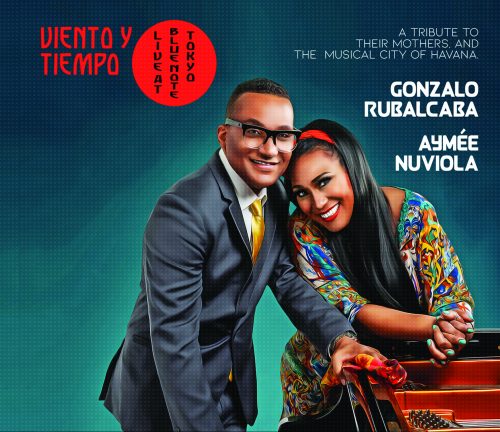 “Viento y Tiempo” (“Wind and Time”) is their love letter to a shared musical past.

“Our biggest dream was to work together on a project that would showcase the music, the songs we grew up with, the soundtrack of our neighborhood and our youth,” said Nuviola, who won her first Grammy Award for “Best Tropical Latin Album” this year and had earned a 2018 Latin Grammy. She is also known for portraying the adult Celia Cruz in a 2015 television series.

The new album “goes back to a time when we were children developing our art and dreaming about becoming musicians,” she added.

The Coronavirus pandemic forced the cancellation of a “Viento y Tiempo” concert tour that had included Miami, San Francisco and Los Angeles. The virus also struck Nuviola and her husband and manager, Paulo Simeon, who have since recovered and are awaiting new concert dates.

“We’re hoping it will be this summer,” said the singer from their Miami home.

Rubalcaba, the recipient of two Grammys and two Latin Grammys, is enjoying his first album in decades dedicated entirely to popular Cuban music.

“It’s a debt that Aymée and I had, not only for ourselves but also for our families,” said Rubalcaba, who lives in Coral Springs with wife Maria Gonzalez and has three children, now adults. “It’s important to return to one’s roots.”

The two performers have their roots in central Havana, where they studied classical piano, but they carry Afro-Cuban rhythms in their DNA.

Rubalcaba played percussion is his father’s band, starting at age 5. Guillermo Rubalcaba was a popular pianist, composer and bandleader, and several family members were also musicians.

“We both came from homes where it was common to see rehearsals, jam sessions and long conversations about music and art,” Rubalcaba said. 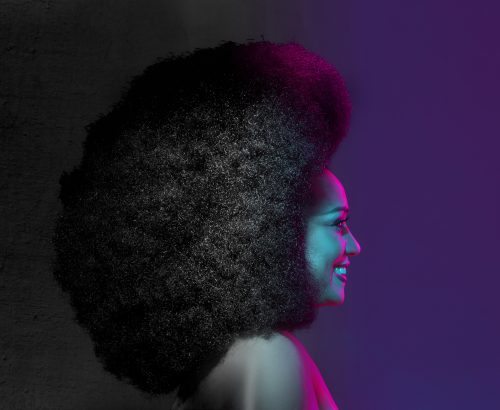 Nuviola recalled meeting Rubalcaba when she was 7, on the day she auditioned at the conservatory. A few years older, Rubalcaba was at a more advanced level. She became his biggest admirer.

“Whenever I heard he was jamming with his friends, I would be there. Even then, I saw his talent, the speed with which his fingers moved over the keys. I would say to myself, ‘Oh, my God.’”

The two performers also view “Viento y Tiempo” as a tribute to their mothers, who bonded over their musically gifted children and pushed them toward excellence.

“We couldn’t play popular music at school, so it was my mother who taught me to play all the Cuban songs,” Nuviola said. “And Gonzalo’s mom convinced him to study piano when he wanted to become a percussionist.”

Rubalcaba said his mother, Yolanda “Chiquitica” Fonseca, didn’t have to do much convincing: “I did it to please her. We always had a special relationship.”

Midtown Havana in the mid-1970s and early ’80s – when they were growing up – was a hub of live and recorded music.

“When you’re transitioning from childhood to adolescence, the songs you hear stay with you throughout your life … they become part of who you are,” Rubalcaba said.

Part of who Rubalcaba and Nuviola are can be heard on “Viento y Tiempo.”

The danzonete “Rompiendo La Rutina” is a nod to Rubalcaba’s father, who performed the song with his band La Charanga Tipica de Concierto. Rubalcaba calls the piece “a gem of an encounter between European music and Afro-Cuban music.”

“Bemba Colora” is the album’s one song that wasn’t played in Cuba when the two were growing up. The song was associated with Celia Cruz, whose music was banned in Cuba after she defected. 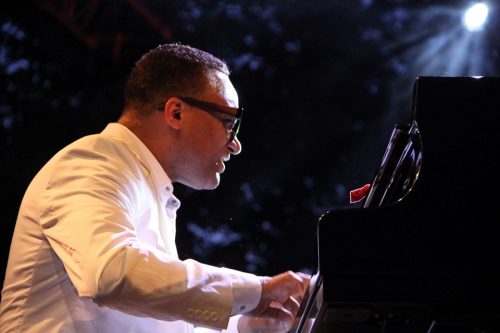 Considered one of the most gifted jazz pianists of his generation, Gonzalo Rubalcaba was born into a musical family in Cuba. (Photo courtesy of Yuka Yamaji)

The opening track, “Rumba Callejera,” written by Nuviola, is a duet with her sister and former band member, Lourdes.

“If Aymée hadn’t lived in the neighborhood and experienced everything she did, she would not have been able to write a song like that,” Rubalcaba added.

The album’s only non-Cuban song is “El Ciego,” a haunting bolero by Mexican composer Armando Manzanero, who was popular in Cuba. The song gives Nuviola a chance to show a different side as a vocalist – that of a jazz singer.

“Aymée can do a lot more than she’s known for,” said Rubalcaba. “She saw an opportunity to go beyond a bolero … it wasn’t something we talked about, it happened naturally.”

Working together brought back memories, but it also made them realize something: Both are survivors of a totalitarian regime where lack of freedom and resources makes it hard for any artist to grow.

“We have lived similar experiences, we have the same emotional baggage,” said Nuviola, who arrived in Miami in 2004 via Mexico. “We have a certain chemistry, and that was important for what we sought to achieve [in ‘Viento y Tiempo’].”

Rubalcaba agreed. “We fully lived the Cuban reality, where it’s difficult to achieve a space as an artist because everything is so politicized and full of ideology, which you may or may not agree with.”

Their shared experience impacted their work together “spiritually, emotionally and intellectually,” Rubalcaba added. “We understand each other, we speak about the same things – and musically, this has strengthened us.”