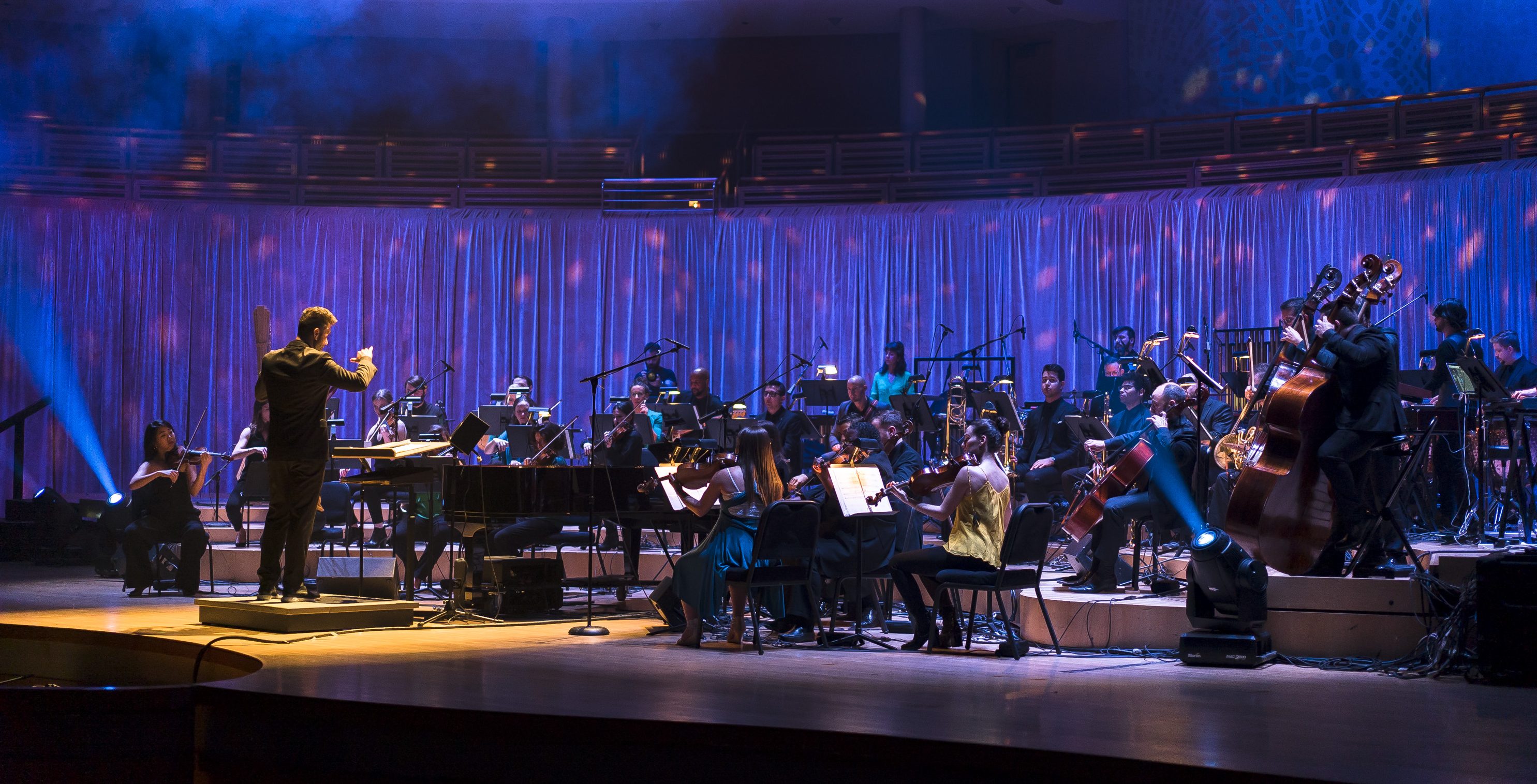 Since its inception five years ago, the Nu Deco Ensemble has consistently sought to combine the artistry of cutting-edge, genre-bending musicians with the unique vision of its hybrid orchestra.

For two shows at the New World Center in Miami Beach, on March 13 and 14, Nu Deco will team up with Grammy-winning jazz pianist Robert Glasper, who is equally renowned for his virtuosic skill and eclectic taste, putting his mark on a diverse range of styles from jazz, R&B, neo-soul, hip-hop and even experimental rock.

One of Glasper’s most inspired works is his signature mash-up of Herbie Hancock’s track, “Maiden Voyage,” and art-rock group Radiohead’s “Everything in Its Right Place,” a mesmerizing combination that helped cement his status as a “must-have” performer for Nu Deco.

“We had to work with Robert, because we just felt like what he was doing in the jazz world mirrored what we’re doing in the classical world,” says Bairos. “Robert is going to create something in conjunction with Sam that really speaks to not only this idea of genre-bending in terms of bringing jazz and hip-hop and funk and neo-soul together, which Robert has been doing for almost 20 years now, but having the backdrop of the orchestra be that ultimate vehicle for musical expression. So it’s really perfect timing for this collaboration.”

Glasper’s piece will not only be a world premiere for the audience, but also for himself, paradoxically.

“I composed one big, long movement, a piece specifically for this,” he says. “So these are compositions that don’t live anywhere – I literally wrote these compositions for this particular concert. It’s kind of like a suite, and it goes from one thing to another. I’m really interested to see how it sounds with the orchestra. I’m gonna hear it with the orchestra for the first time when I get to Miami for rehearsals.”

Glasper says he usually brings his own crew of musicians, mainly upright bass and drums, on tour with him, but for this Miami gig, he’ll rely on Nu Deco’s band.

“I’m gonna use the cats in the house,” he says. “Sam told me that they’re dope and can do whatever needs to be done, so I’m just going with it. Normally, I go with my guys, but Sam assured me, and I’m gonna give this a shot.”

Glasper is the headlining attraction for these concerts, but he’s far from the only highlight. Also on the bill: a movement from Russian composer Sergei Prokofiev’s “Symphony No. 5;” Terry Riley’s 1964 piece, “In C,” one of the first minimalist compositions; and a symphonic suite of the music of the “Godfather of Funk and Soul,” James Brown.

It might seem at first glance like an incongruous group of works, but Bairos offers a connection. 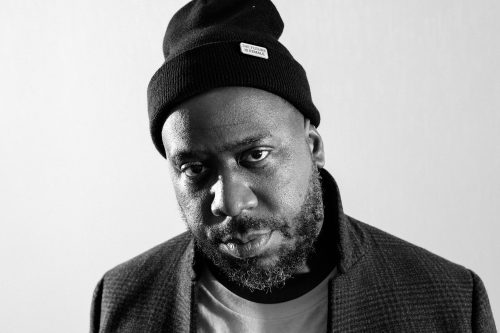 Pianist Robert Glasper is equally renowned for his virtuosic skill and eclectic taste, putting his mark on a diverse range of styles. (Photo courtesy of Todd Cooper)

“There’s a theme of improv and creating on the spot through the entire program,” he says. “’In C’ is literally one piece of paper with 52 different motives on it, and then it’s up to the orchestra, the ensemble, the musicians, to come up with their own pacing, their own unique take on it, and how to create it in a certain way.”

“We take some of the pieces that we feel that our musicians will thrive on, and then reimagine it in a suite form, so it takes you on a journey throughout the career of James Brown,” he says. “It’s more a reimagining of the context of the music and then fleshing it out and making it strictly orchestral. So while the strings, winds, brass, percussion are all part of the piece, we do have a rhythm section that’s gonna be really driving the funk and soul and groove of it all.”

Bairos sees “Symphony No. 5” as relevant to current events.

“The Prokofiev piece is more just connecting to the feeling that’s going on not only in our country, but around the world,” he says. “Prokofiev was a champion of freedom and freedom from oppression, and this piece that we’re performing is very angst-y, very rigid. But it’s also very fiery and captivating, and that’s gonna set the tone for the entire concert.”

Glasper is celebrated for embracing the unexpected in his performances – call it improvisation or having “musical ADD,” as he once described it, but it’s never dull.

“It’s just always searching, always moving,” he says. “I could easily go from one song to another, but in the middle of a song – whatever musically I’m feeling at that moment. It’s not that I can’t sit somewhere for a long time musically – I can vamp all day, as long as it feels good. It just depends on what I’m feeling. I do like to not do the obvious. I like to catch people off guard, and so it makes you want to pay attention.”

Glasper says he even likes to catch himself off guard.

“That’s the key. When you’re truly improvising, you should be surprising yourself,” he says. “Most jazz musicians don’t truly improvise. A lot of musicians play what they know will work – they don’t play things that might not work.

“That’s when the real s— comes in, when you play stuff that might not work, and you’re not sure. That’s when you’re really walking that line, you know?”