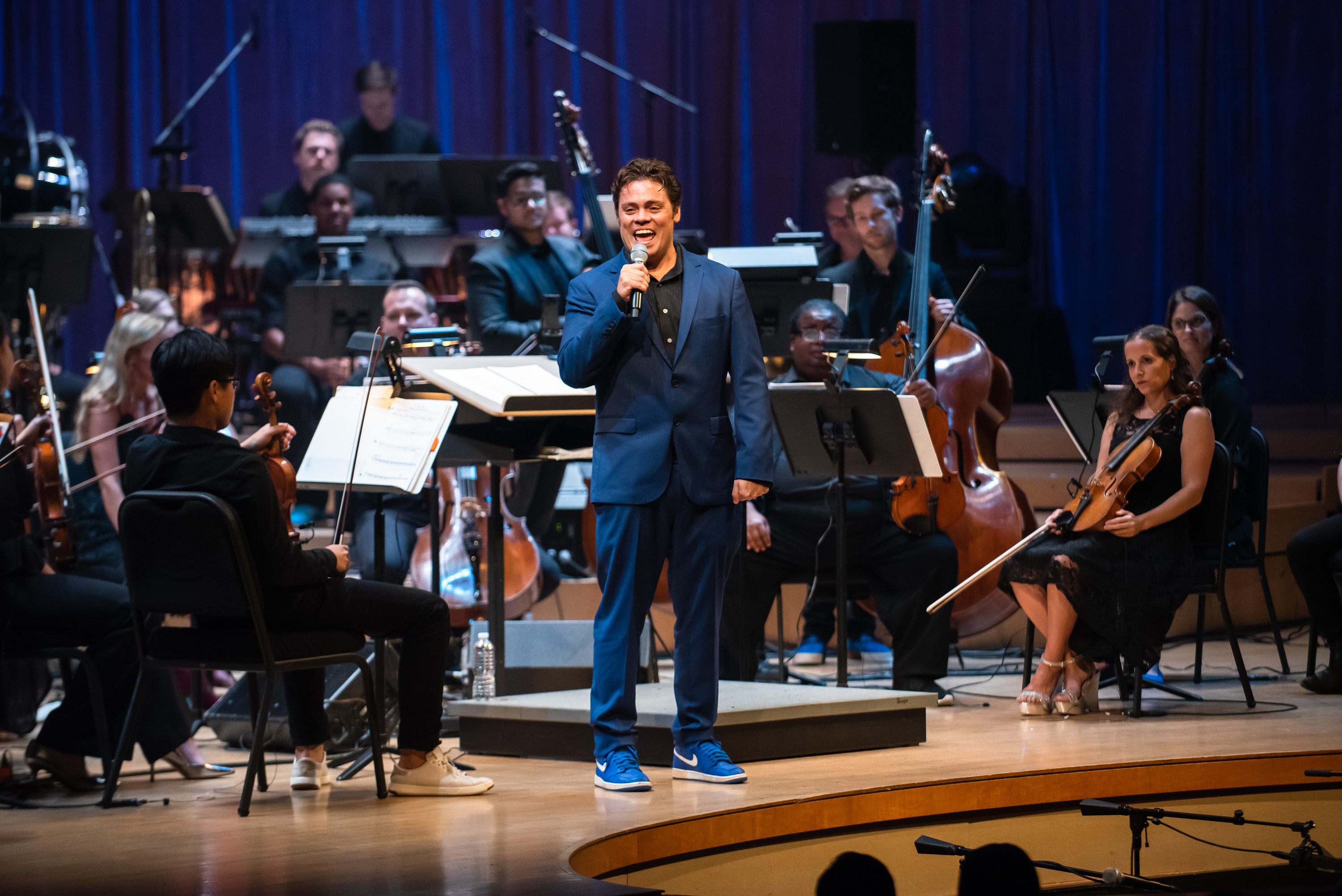 Nu Deco Ensemble cofounder Sam Hyken is instrumental in developing the artistic vision of the orchestra, and its collaborations with artists. (Photo courtesy of Alex Markow Photography)

Composer-producer Sam Hyken was living out a creative dream.

In late winter, he got to spend a few days in Los Angeles working on the world premiere of Grammy- and Emmy award-winner Robert Glasper’s first orchestral work, commissioned by Miami’s Nu Deco Ensemble. As the ensemble’s cofounder and artistic director, Hyken is instrumental in developing the artistic vision of the orchestra, and its collaborations with artists.

“It was an absolute bucket-list collaborator,” says Hyken. “He is such an incredible artist that is really breaking boundaries and just revered in the musical world. The opportunity to get him to write a piece for orchestra the first time with Nu Deco was really exciting.”

Fast-forward to mid-March and COVID-19 changed everything.

“We were gearing up for [the world premiere concert] … He had come in, we did one rehearsal within New World Center, and it was a total match made in heaven. Everyone was really excited about the work and the collaboration,” Hyken says. “Then the very next day, the world started shutdown.”

The ensemble scrambled to come up with an alternative to a full program cancellation, something it had never had to do in its history of programming. But its efforts wouldn’t come to pass, as closures came swiftly and broadly across Miami, effectively halting any efforts the ensemble had to share the program, even in a digital capacity.

“This was going on for everybody, so it was not like we were in unique situations. But it was definitely new ground for us, and we made the decision that we were going to compensate all of our artists fully for the week even though we were canceling,” says Hyken, about the decision made along with cofounder/artistic director Jacomo Bairos. “We were leading up to this very momentous collaboration. Once the dust settled slightly, we just had to reevaluate where everything was.”

An organization built on innovation, the ensemble quickly found it was uniquely positioned for the adaptability required to get through a complete shutdown of indeterminable length.

For starters, Nu Deco has several seasons of concert footage available to share with audiences hungry for cultural offerings during the pandemic. The ensemble will feature new videos on its social media channels throughout the summer, including concerts with Ben Folds, Kimbra and PJ Morton.

“We have been fortunate that, from the very beginning, we cinematically filmed every concert that we have done, and more recently, we have been actually filming more behind-the-scenes, backstage stuff as well,” Hyken says. “All the performances have been cinematically captured with high-definition, multi-track audio recordings, and we will be releasing videos of the performances as well as short behind-the-scenes documentaries about the collaborations.”

The ensemble also quickly shifted to have its youth orchestra, Nu Deco NXT, meet digitally – with one-on-one music lessons, group practice sessions and meditation. This allowed them to continue building with the seventh- through 12th-graders in the group, despite losing the ability to meet in person.

Nu Deco also has been using its extensive concert archives to support wider education efforts with videos for music instructors across the country.

“We have been creating these 45-minute education videos, which cover very simple topics like rhythm, Latin music, collaboration, different musical genres, and really creating virtual field trips that have enhanced visual content within them, “ Hyken says. “So, if you are watching one of our performances, different pop-ups come on the screen – kind of like an old MTV music video – that have different information.”

Hyken remains optimistic on what the future holds for Nu Deco and the wider world of live music.

“I think that we are in the process of accelerating something that was already happening anyways,” he says. “The way we consume content is constantly evolving. I think that live performance, in a lot of ways, has an opportunity to look at how we present art, and it is an exciting opportunity.”

When: Ongoing throughout the summer