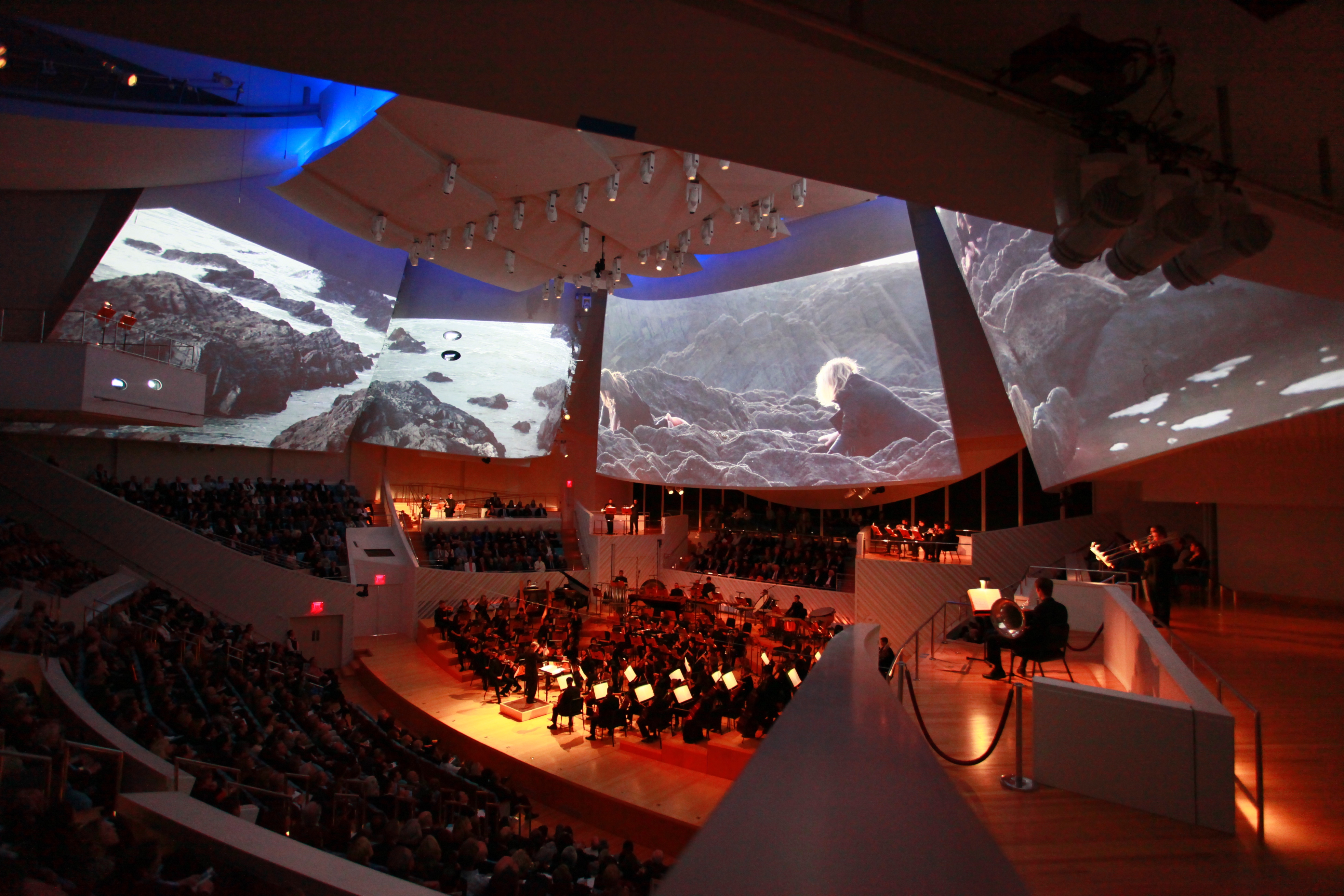 The New World Symphony’s season-opening concert this weekend is a milestone in two ways: Not only is it the 100th WALLCAST performance by NWS, but it will also be the first to feature 4K ultra high-definition projection on the outside of the New World Center on Lincoln Road in Miami Beach.

The visual upgrade promises a vibrancy and stunning detail that audiences have yet to experience in such a setting.

“We all sling around these technological terms, but to be quite specific, 4K means four times the number of pixels as we are accustomed to,” says Howard Herring, CEO of the New World Symphony. “And the result of that is a sharper, brighter, more vivid image with more depth and higher resolution, and more powerful than anyone in the audience has ever seen.”

The performance – featuring artistic director and conductor Michael Tilson Thomas, as usual – is also the NWS debut of Grammy-winning Russian pianist Daniil Trifonov, who is Musical America’s 2019 Artist of the Year and was called by The Times as “without question the most astounding pianist of our age.”

“[Trifonov] has made an enormous impression on audiences here and in Europe, and he is very much the pianist of his generation, young as he is,” says Herring. “He’s worked with Michael a couple of times, and Michael thought it would be the right thing to have him with us on opening night, so we are very much looking forward to having him.” 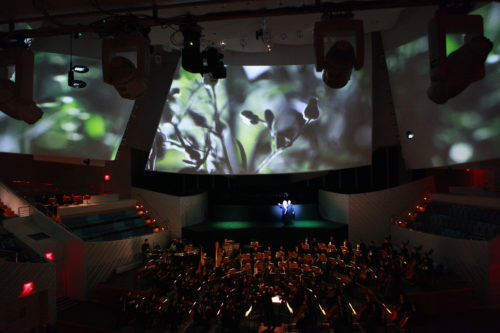 The program includes works by Beethoven and Berlioz, plus Russian pianist Alexander Scriabin’s only Concerto. And if it might seem counter intuitive to project for free on the wall outdoors what’s happening inside the concert hall, it’s entirely consistent with the mission of the New World Symphony.

“In our vision statement, we say that we see a strong and secure future for classical music,” says Herring, who is a pianist himself, “and that we will reimagine, reaffirm, express and share its traditions – and here’s the kicker – with as many people as possible.”

That philosophy directly led to the concept of the WALLCAST, years before it came to fruition in 2011.

“Ted Arison, who was the philanthropic founder of the New World Symphony, suggested that New World put a flat-screen and speakers above the door of the Lincoln Theater, which was the building we were in back then,” says Herring. “And people are walking down Lincoln Road, and begin to realize that there’s a live performance going on inside. And then we went out and erected a screen from time to time and put a good speaker system out there, and we began to simulcast in the middle of the pedestrian mall, and that was a success. So we were already moving in these directions when we sat with [New World Center architect] Frank Gehry and told him that we wanted to engage the larger public.”

Obviously, no money is made from passersby who stop to watch the big screen. But for the New World Symphony, success is not just about the bottom line. 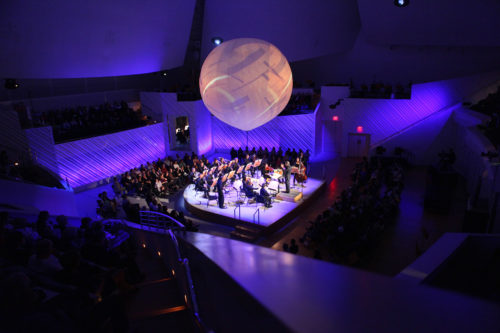 “A statistic that says a lot: 75 percent of the people who come to the wall have never purchased a ticket to the New World Symphony,” says Herring. “So this is a second audience. That is incredibly important if you think about growing the audience for classical music – new people coming to this experience and enjoying it and being transformed by it and having it affect their lives.”

WALLCASTs creates new fans of the genre, to be sure. But it has also helped create new musicians.

“I’ve spoken with a few parents who have been bringing their children over the years since we started WALLCASTing,” says Herring. “And several of them have started playing an instrument in part because they saw that instrument being played on the wall, and they met the musicians of the New World Symphony because our fellows go out into the park after the performance is over and have the conversations that make this real and human and direct and meaningful.

“This music is so powerful,” he continues, “and once you have captured the attention of audiences and potential audiences, the question is, how do you make this music live during the performance, but also after the performance? How does it inform someone’s life and cause them to be richer and more fulfilled as individuals? We’re always looking for ways to bridge the gap – to go find people who might be intrigued, play for them, talk to them, and invite them to be with us here at New World.”