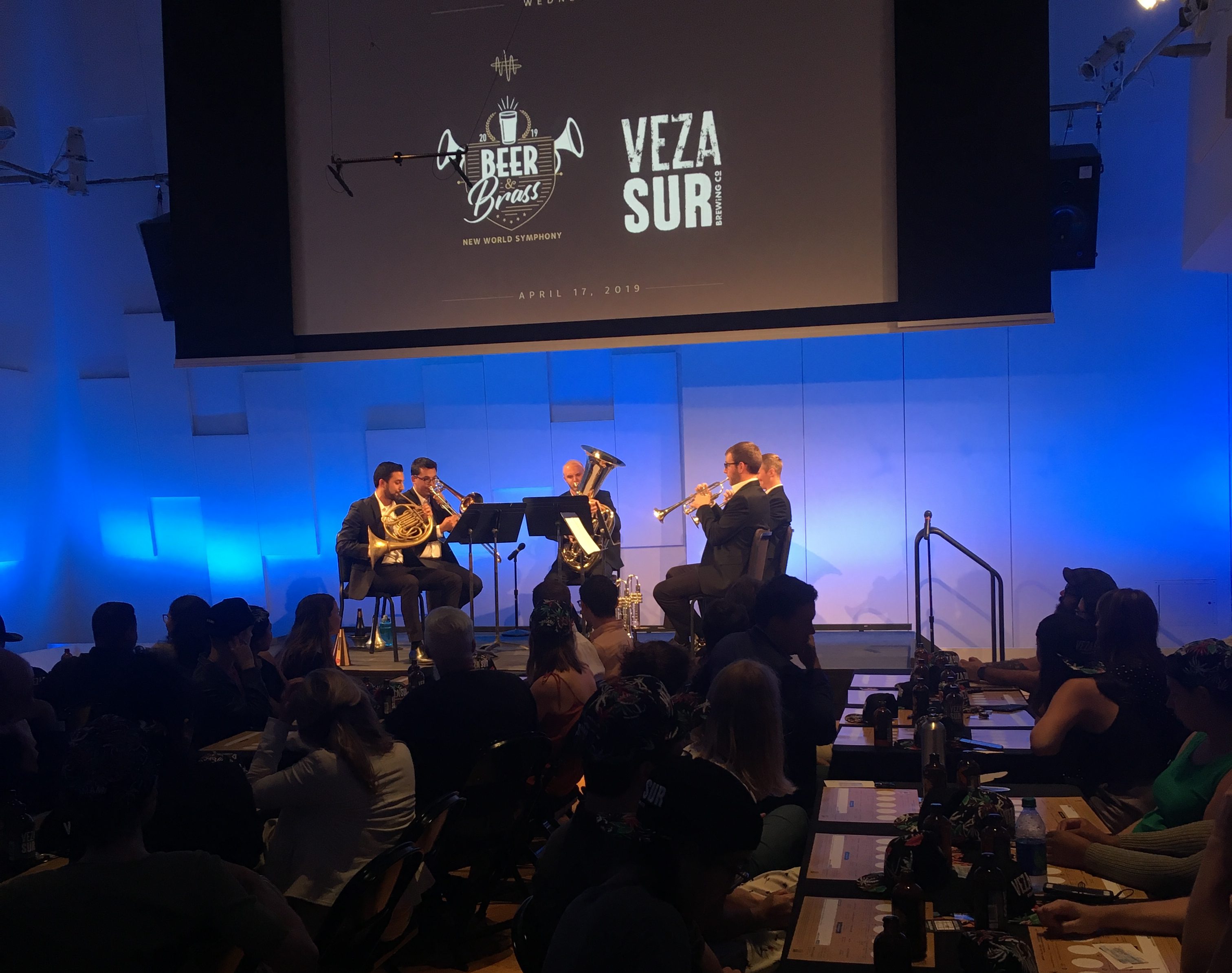 Amid a slew of events going online this year, Miami’s New World Symphony is doing something a little different.

It is adding some flavor to its next performance.

The orchestral academy has partnered with the Wynwood brewery Veza Sur to present “Beer and Brass,” a brass quintet performance on June 6 that will pair each of four musical works with its own craft beer. For $25 a ticket, viewers get online access to the performance, a selection of beers, a souvenir pint glass, and an invitation to participate in a live question-and-answer session with musicians and the brewmaster.

“When you can reach people online, you are no longer restricted by the facility itself. You are free to create experiences,” says New World Symphony CEO and president Howard Herring. “If they can’t come to you, you can go to them.”

For Herring, “Beer and Brass” is just a continuation of the symphony’s long-term strategy to add to its audience. Bridging the digital divide is nothing new for this orchestral academy, which prepares graduates of music programs for leadership roles in professional orchestras and ensembles. 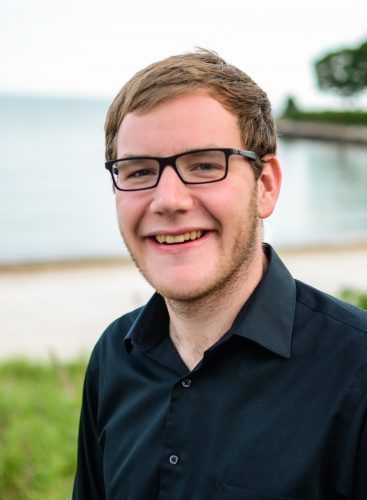 New World is known for its ethos of experimentation and pressing the limits of what’s possible in classical music, says trumpet fellow Aaron Ney. “Beer and Brass” grew out of a basic passion for beer among a couple of brass players, Ney says.

“It was an idea in my head. We thought it would be nice to have a concert and pair a beer with the recital,” says Ney, who started discussing it last year with tuba fellow Evan Zegiel.

The first “Beer and Brass” program took place at the New World Center on Miami Beach. For this year’s virtual event, they decided to offer the beers for delivery or pickup and to record the performances in advance to comply with social distancing guidelines.

Far from seeing this change as a limitation, Ney likes that it allows people to enjoy the drinks in the privacy of their homes.

Key to the success of “Beer and Brass” is Rhett Dougherty, one-time trumpet player and now Veza Sur master brewer.

Dougherty says he picked up the brewing bug during downtime between deployments as a nuclear mechanic on a ballistic missile submarine. For him, the pairing of beer and brass is a no-brainer.

“Last year, when the fellows came to Veza, we sat together and drank the beers. Then we talked about them. The color that’s given to something, the timbre was all important,” Dougherty says. “When I drink something, my mind is working in timbre or feel. It is so unique to see artists interpret that idea into their own creative outlets.” 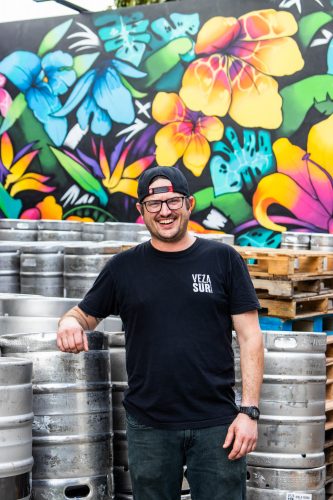 The performance will open with 16th-century composer Tielman Susato’s bright and cheerful “Renaissance Dances.” The mood then will take a dark shift with an arrangement for horns in Samuel Barber’s “Adagio” (1938), before transitioning again to Enrique Crespo’s joyful “Suite Americana No. 1” (1977). It will conclude with the melodic late-night perfume of Duke Ellington’s “In a Sentimental Mood” (1935).

“La Yuma Dark Lager is near and dear to my heart,” Dougherty says. “It’s a Munich-style lager with some roasty caramel, coffee flavors and noble hops that rounds out at a nice 4.4 percent [alcohol content]. When I get off work and have a good La Yuma – it is doesn’t get much better than that.”

When asked to compare the timbre in the beer with Barber’s work, Dougherty adds, “I feel the timbre in the brown amber color of the beer. I get an autumnal fall flavor with leaves falling off the tree. I get the same vibe from the “Adagio.””

Adds Ney: “In the ‘Adagio,’ there is nothing too jarring for the audience as they listen, and we have a smooth, malty finish to the La Yuma as well. Also, a lager is very American and it fits to pair this with an American composer.”

The last beer will be Veza Sur’s Mala Yerba Session IPA, with Ellington’s “In a Sentimental Mood.”

“I look at Ellington and I see him improvising this somewhere in a jazz club,” Ney says. “The Mala Yerba is light and hoppy and smooth, and I love drinking it with friends. This is a session IPA – just a little bit of complexity in there to remind everyone there is something underneath the rug.”

That pairing just makes a lot of sense to Dougherty.

“When I think of Sir Duke, I think of just a cool guy. I think of that IPA as very cool and sessionable. I think of the timbre of green and blue when I drink that beer,” he says. “Listening to some Duke and [drinking] a couple IPAs sounds like a very good night.”

Where: Participants will receive a custom access link on June 5.

Cost: $25 per household; event limited to 200 patrons. The beer delivery deadline has passed, so participants must pick up their beer package from Veza Sur. Ticket-holders must be at least age 21 and present valid identification at time of beer pickup.