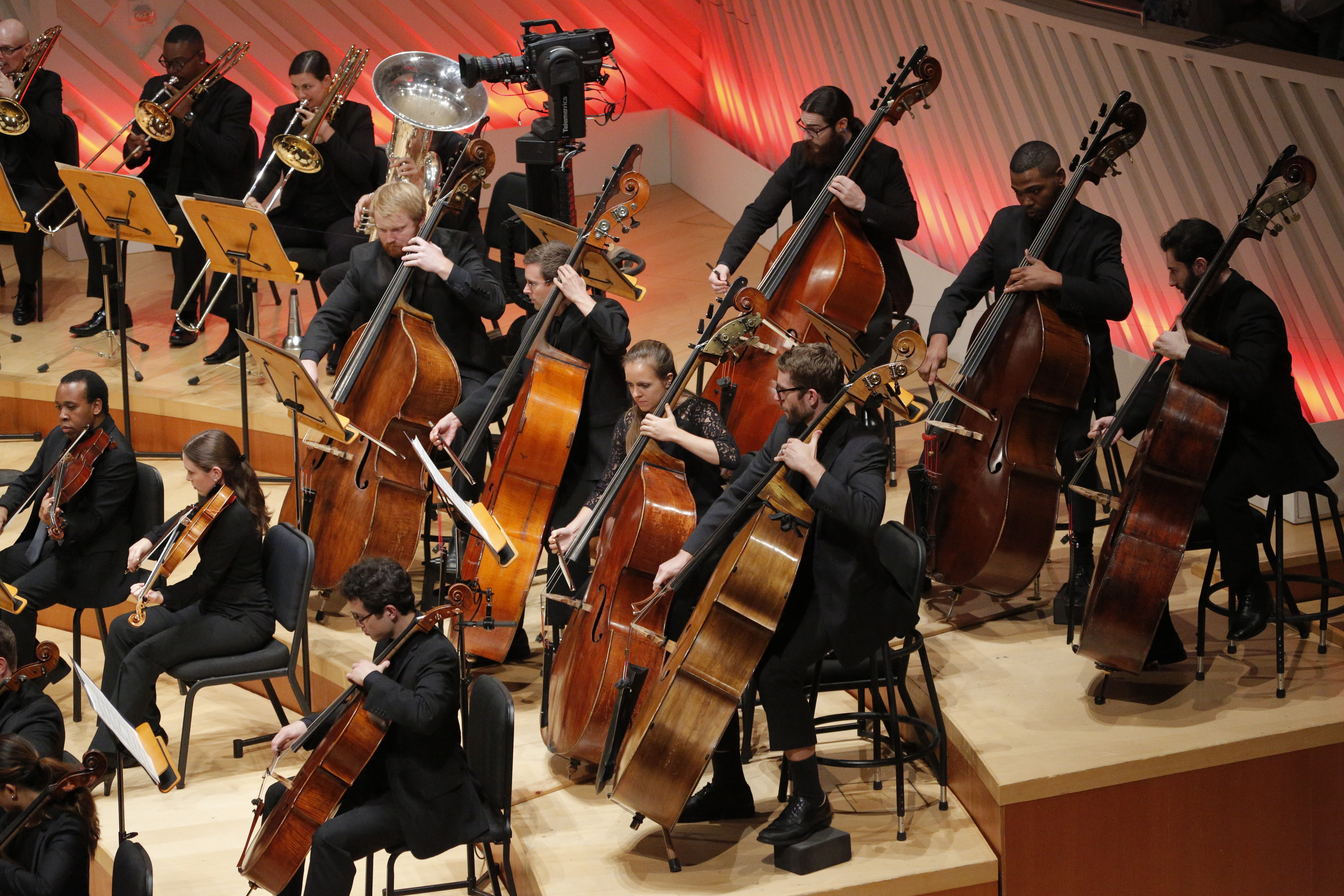 Imagine an opera delivered in a whisper, or a thousand voices chanting the arrival of dusk along New York’s High Line, or a concert written for broken instruments sourced from the Philadelphia school system.  The common link?  Pulitzer-prize winning composer, David Lang.

Twenty years ago, a friend hooked me on Lang’s genre-bending work with his 1992 release, “Are You Experienced?” a cross between minimalism and performance art. The piece begins with the composer invading the thoughts of his audience as he curates the experiences they would undergo had they been clocked on the head waiting for the performance to start.   Far from just gimmick, strikingly textured passages in the horns, flute, percussion and voice underscore the work’s game of interiority whose subject turns out to be consciousness itself.

On December 8th at Miami’s New World Symphony Center, Lang will reverse the flow, poke a hole in the 4th wall and allow the audience to invade the stage.  In the North American premiere of his new work, “harmony and understanding” ­– appropriately timed to coincide with Art Basel – Lang makes the audience a participant in a piece where they perform the role of chorus.

To get a better sense for what Miamians might expect Artburst caught Lang by phone at his home in Manhattan.  The composer explained the title quotes a line of the song “Aquarius” from the musical Hair, and he admits to intending the utopianism the reference to the 60s invokes, a time when in his home community of the Bay area optimism reigned about discovering new possibilities for living together.  He contrasted it with the present where he perceives a general lack of optimism about generating possibilities for community that would include us all.

This lack of optimism sent Lang to the world’s largest community – and connector – the Internet. He googled the phrase, “We all want to—”, taking the first thirty-three auto completes he received as the material for the lyrics the audience contributes to the performance.

He admits to irony sourcing material for music based on the idea of harmony from the machine that serves up some of the worst messages people encounter, and yet the results yielded by the search were surprising.  On the day I imitated Lang, the first two auto-completions came back as, “– change the world” and “—be loved”.

Lang approaches composition as an exercise in problem-solving.  His problem in “harmony and understanding” was to activate an audience, well-ingrained to the passive listener role in the classical music experience, without turning it into a flash mob.  However, he knew spectators could not perform a completely cued recital either.  He elected to thread the needle by having patrons participate in a twenty-minute rehearsal with the New World Symphony choral master first.  Only then do the musicians come out.

The focus on rehearsal in Lang’s process is not accidental.  As he explained, “I think the greatest thing that happens in music is rehearsal.  We have a set of problems, and we need to solve them.  A bunch of musicians have to listen to one another to make something happen and there is a utopian quality to this work, and that’s why community building is so important to me”.

Lang acknowledges that approaching composition in this way leaves wide space for uncertainty.  The classical composer stereotype is that of an aloof and temperamental genius who bosses around other people.  Lang’s approach to performance deliberately subverts that image.  As he explained, “With a score a composer make notes on a page that tell other people what to do” adding, “In this piece I’m not sure how this audience is going to respond.  There is a huge lack of predictable knowledge.”

And so just as he assumed the role of performer/narrator in “Are You Experienced” Lang will subvert his compositional role in “harmony and understanding” as well.  As he noted, “I myself will sit in the audience and will perform it with everyone else”.

The European premiere of “harmony and understanding” occurred in Lucerne back in March with the Luzerner Sinfonieorchester under André de Ridder.  Those familiar with the New World Symphony ethos will see instant congruence between Lang’s project and the New World mission to give a serious hearing to new works and to invent novel ways for threading classical music into the community.

Consistent with this, both the concert as well as the pre-performance choral rehearsal will be simulcast to SoundScape park, allowing audiences outside the hall to take part.

The North American premiere of “harmony and understanding” will constitute the composer’s fifth collaboration with the orchestra, an institution he confesses to respect deeply: “New World Symphony is full of very forward looking people who are trying to reinvigorate life in the orchestra world.  There is a lot of new and energetic stuff that comes their way.  I love both the players – these really enthusiastic young people – and the mission of the place”.

For more information and to purchase tickets phone the NWS box office at 305-680-5866 or visit: https://www.nws.edu/events-tickets/concerts/sounds-of-the-times-harmony-and-understanding/#/about