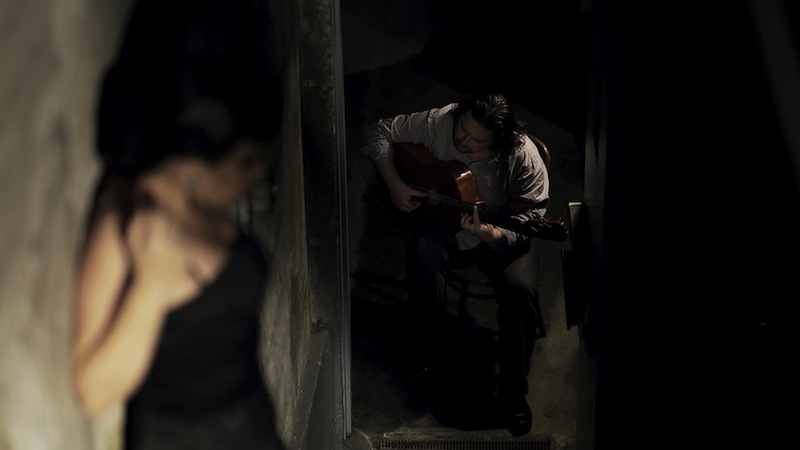 Create, nourish and promote art that speaks to South Florida, with an emphasis on Ibero-American culture. That has been at the core of the mission of Miami Beach’s FUNDarte (http://www.fundarte.us/) since day one.

Such an effort got a major boost in 2012, when this non-profit arts organization became one of 34 Knight Arts Challenge Miami winners with a $100,000 award to present new works created by local companies and artists. The fruits of that labor are about to be reaped in Miami on Stage 2014-2015: Knight New Works, which is inaugurated Thursday and runs through September.

“We won that award to produce from scratch, three or four shows with Miami artists and then take them on tour around the county,” says Ever Chávez, FUNDarte’s executive director and founder. “Those chosen were Spanish guitarist José Luis Rodríguez; Randy Valdés, a filmmaker; Carlos Caballero, an actor; and Yisel Duque, a musician. It’s more than just producing a show. It means producing it, presenting it and touring so that it acquires more visibility and gives more work to the artists.”

The criteria for the selection of these performers, continues Chávez: the diversity that characterizes what they do, “but with a very Miami voice. In other words, the variety of artists here working in different disciplines, and moving in diverse segments of our community, how can we group all that in a series of performances? In a way, to me, this gives Miami an identity, a thread that you can follow and that says, ‘This is Miami,’ because these artists have created something here, in situ, and they give voice to the city.”

FUNDarte already has had experience with the scheduled performers. And one of the most visible lately has been contemporary flamenco guitar master and composer Rodríguez, who presents a new project titled Resonancias (Resonances). Rodríguez, in fact, was one of FUNDarte’s first acts.

“With José Luis, we presented his first show in the United States in 2004, along with a renowned flamenco dancer named Belén Maya,” says Chávez. “Then José Luis made Miami his home, and when we won the award, we thought this second time around we would be presenting him as a Miami artist.”

As a Miami artist, Rodríguez has been able to carve a niche for himself in the local competitive but always hot field of flamenco music and dance. Of his newest work, he says, “In Resonancias, many emotions and images come together that first appeared after the death of my father and my arrival in the US. Many of those images were not of actual moments that I lived, but rather memories, stories and legends passed down in my family.”

Says Chávez about flamenco’s ongoing popularity in the community, “The émigrés here come mostly from places and from generations that love Spanish culture. The first Cubans to come here in the 1960s were very linked to Spain, and more recently the Colombians and other Latin Americans still feel connected to the roots and culture of their ancestors.”

Following in the Knight New Works series: Cuban filmmaker Randy Valdés, who will be presenting A todo color, a documentary on the creative journeys that artists from Cuba have undertaken around the world; actor Carlos Caballero, who will present Writing in Sand, an experimental interdisciplinary performance that includes three female actresses/dancers/musicians that reflect on Miami’s multi-cultural artistic community and its survival; and Life is a Song, a concert by Yisel Duque, a singer-songwriter who has worked with Gloria Estefan and Chayanne, who fuses Cuban sounds, Brazilian rhythms, jazz, classical music and even alternative rock into her work.

“They are all new voices that the city will find out about,” says Chávez. “Sometimes they are hidden, and so we do what we can to help get them exposure.”