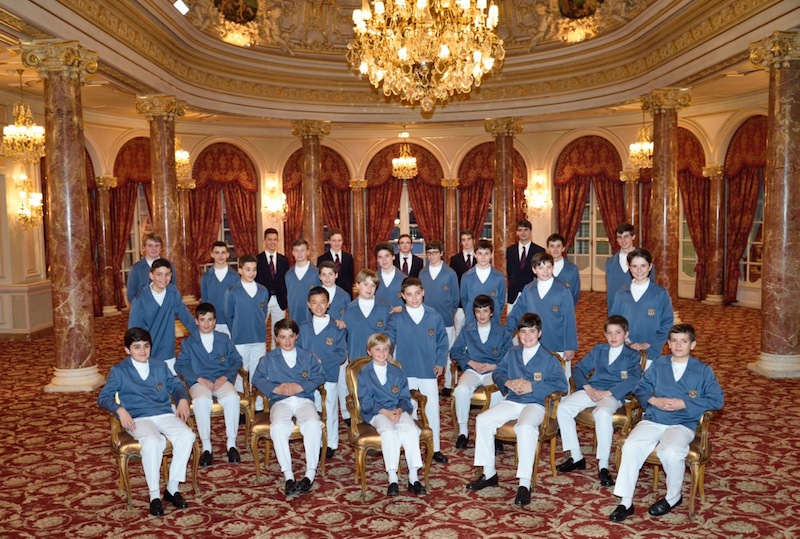 Monaco is famous for the Monte Carlo Casino, Grand Prix racing, and its location on the French Riviera. But it also has a globe-trotting boys choir, which returns to Miami at the end of the month.

As part of a tour of the East Coast, the Monaco Boys Choir will perform a free concert on July 28, at 7:30 p.m., at Trinity Episcopal Cathedral in downtown Miami. “They are the musical ambassadors of Monaco, celebrating their 40th anniversary,” says Tomas Abreu, the principality’s honorary vice consul in Miami. At Trinity, the boys will sing a wide selection of songs by composers including Johann Sebastian Bach, Irving Berlin, Andrew Lloyd Webber — and Henri Crovetto of Monaco.

The traveling choir was the idea of Prince Rainier III, Grace Kelly’s husband and one of the most influential leaders in Monaco’s 700-hundred-plus year history. When he came to power in 1949, the world’s second-smallest independent state (behind the Vatican; it reports a population of 32,020) was nearly bankrupt. He worked to modernize the principality and improve its standing among nations.

In 1974, Rainier assigned the children’s choir of the Monaco Cathedral the job of spreading the principality’s music and culture over the world. He called the boys his “little singing ambassadors;” in performance they wear badges bearing his coat of arms. The group has gone on to perform in more than 40 countries.

Today the choir is led by Pierre Debat. Once a choir member, he succeeded his father, who spent 26 years in the post. “Debat took over directly when his father died,” says Abreu. “The traditions in Monaco are important.”

Presently, according to Abreu, the choir has 70 members aged 10 to 18. Twenty-nine of them are taking part in this tour.

The boys go on the road only during breaks in the school year. Some parents are with them as they travel the U.S. East Coast by bus, Abreu says, and this visit includes a performance at Disney World.

The choir also will sing in Port St. Lucie and Palm Beach before appearing in Miami. In addition to the concert at Trinity, the boys will participate in a service at St. Hugh Catholic Church in Coconut Grove on July 27 and will sing “The Star-Spangled Banner” before the Marlins-Nationals baseball game on July 29.

Les Petits Chanteurs de Monaco, as they are known in French, last performed in South Florida in 2010. “The choir is a beautiful group,” Abreu says, and added a warning: “They don’t come every year. If you miss them you have to wait four years.”

The Monaco Boys Choir sings a free concert on Monday, July 28, at 7:30 p.m. at Trinity Episcopal Cathedral, 464 NE 16 St., downtown Miami. The cathedral offers a pass for discounted parking at the Omni garage across the street; www.trinitymiami.org.