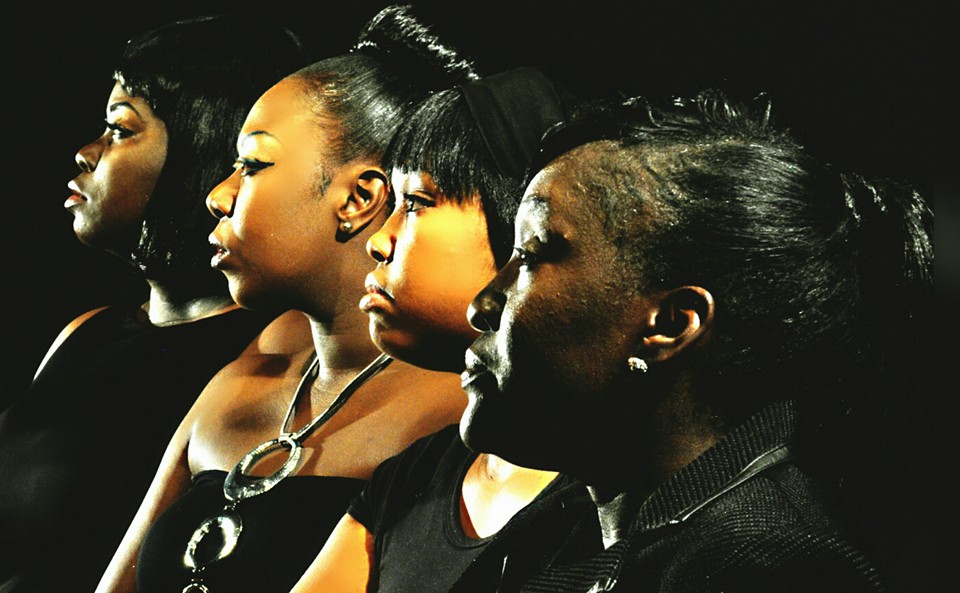 At the height of the civil rights movement, “Mississippi Goddam” and “To Be Young, Gifted and Black” made Nina Simone a musical icon – but also got her banned from U.S. airwaves. The outspoken “High Priestess of Soul” went into self-imposed exile in the early ’70s, remaining an enigma for decades.

But lately, finding the real Nina Simone has become the subject of a documentary and biopic, books and a musical.

The public has been introduced to the many faces of the legendary singer:

The young musical prodigy, born Eunice Kathleen Waymon, who grew up poor in North Carolina, dreaming of becoming a concert pianist – only to see those dreams crushed by racial prejudice.

The gifted vocalist with unique phrasing and pathos, who performed in clubs and bars and took a stage name to hide her new job – that of playing “the devil’s music” – from her strict Methodist minister mother.

The social activist who wrote protest songs such as “Mississippi Goddam,” decrying the murders of civil rights leader Medgar Evers and four young black girls in a Birmingham Baptist church.

The troubled artist who struggled with bipolar disorder and depression but always remained committed to her music.

For Miami jazz and culture aficionado Keith Clarke, the best place to find Simone is in her songs, those she wrote or covered – and made her own. Upon her death at age 70, in 2003, Simone had collected a catalog that covered just about every genre under the sun: jazz, pop, classical, blues, rock, gospel, spirituals, soul, funk, folk and protest.

“There is a certain magic in mentioning Nina Simone,” said Clarke about his favorite singer. “I think she stands for truth, justice and equality, and she’s going to give it to you whether you want it or not.”

Singers Sarah Gracel-Anderson, Ja’Nia Harden, Toddra Brunson and Deana Butler-Rahming will give eager theater-goers a full range of her music during “Simply Simone: A Tribute to Nina Simone.” Set for  6:30 p.m. Dec. 11 at Miami’s Olympia Theater, the tribute is part of a free monthly “Lobby Lounge Jazz” series co-produced by Clarke’s Miami Jazz and Film Society and the Olympia, with support from sponsors.

Clarke had his “epiphany” after seeing “Simply Simone: The Music of Nina Simone” at Miami’s African Heritage Cultural Arts Center in March 2016. The musical featured 32 songs performed by four women portraying the iconic singer during different stages of her life.

“I was like a kid in a candy store taking it all in, thinking to myself, ‘Oh man, this is so rewarding,’” Clarke recalled. But at the same time, he wondered, “How can I get this into my jazz series?”

While he loved the musical, Clarke felt Simone’s songs deserved a wider audience. With permission from the play’s director Teddy Harrell, Jr., and the musical’s creators Robert Neblett, David Grapes and Vince Di Mura, Simply Simone was adapted to a concert format – minus the dialogue, set and costume changes. The tribute debuted at the Olympia in October 2016. “We had the largest crowd we ever had for the lobby lounge series,” Clarke recalled.

The jazz impresario felt the time was right to bring the show back to the Olympia, a 1926 theater that has attracted new audiences amid downtown’s redevelopment.

“It’s the times we live in,” he said. “If you don’t have a compassionate voice speaking on behalf of humanity, then what do you have?”

Channeling Simone’s humanity are the same four singers who portrayed the legendary singer in the 2016 musical when it was staged in Miami. They will be backed by a four-piece band featuring John Harden, the show’s musical director, on piano; Jason Kent, drums; Delano West, guitar; and Ryan Reid, bass.

The four female artists say they have developed a connection to Simone through her songs.

“’The King of Love is Dead’ was an emotional song for me. It talks about Dr. Martin Luther King Jr. and all that he fought for: peace, love and unity. And how his death was a turning point in the world,” said Gracel-Anderson, who played the young Simone in the musical. “It was a transitional song in the show. It showed the point where she turned into a real-life activist.”

Brunson, the activist Simone, goes solo on “Mississippi Goddam” but sings “Young, Gifted and Black” in harmony with the other vocalists. “I feel so good when I sing these songs. I feel accomplished and important, proud and empowered.”

Harden loves performing Simone’s first big commercial hit, Gershwin’s “I Love You, Porgy.” She portrays the young entertainer when she was rejected by Philadelphia’s Curtis Institute of Music, presumably because of her skin color. A few days before Simone’s death, the prestigious school awarded her an honorary degree.

“It’s been an honor playing Ms. Simone,” Harden said. “I loved her adaptability in making the music her own, adding in classical piano repertoire with what was at the time popular music. It is a testament to the way black people adapt, in my opinion.”

Butler-Rahming plays Simone in her later years, battling personal demons and hard times but never giving up on music. She sees the singer’s perseverance as a testament to her purpose in life.

“What I love about playing Nina is that her strength has given me strength as a performer to never stop when it seems like the odds are against you,” Butler-Rahming said. “Why? Because – and this is from a quote I read – ‘difficult roads lead to beautiful destinations.’”

What: “Simply Simone: A Tribute to Nina Simone”