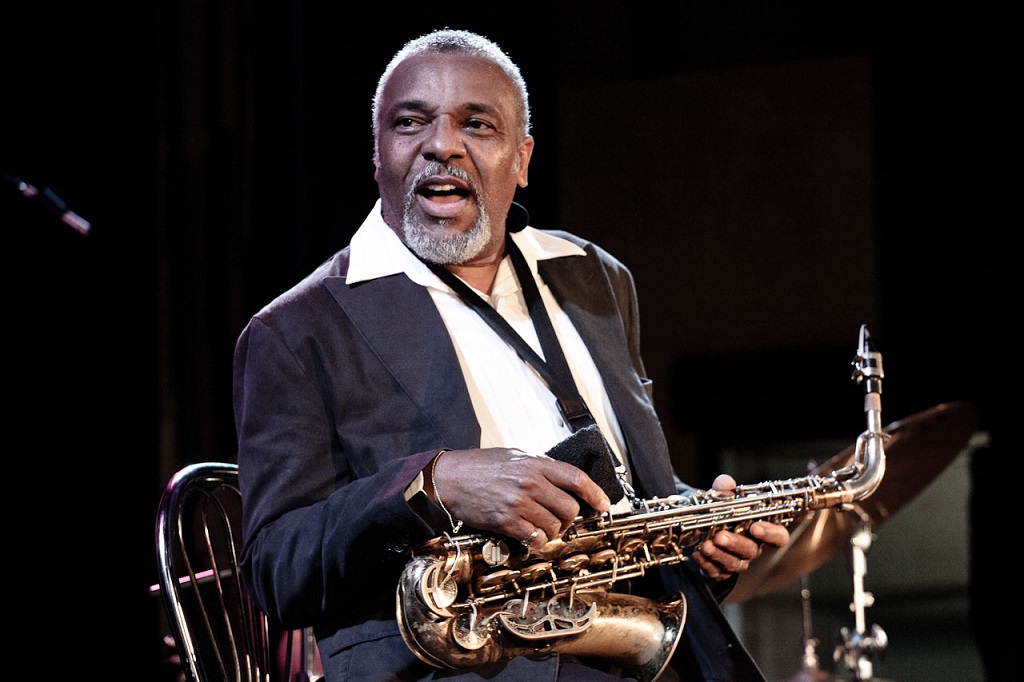 When saxophonist Jesse Jones Jr. takes the stage at The Hampton House, Friday, as part of the “Jazz in the House” series, he will be putting the spotlight back on a remarkable piece of Miami history. Giants once walked around on this place, but time and economic and social changes turned splendor into dust — almost. Dilapidated and slated for demolition in 2000, it was  saved by the efforts of dedicated local activists, declared a protected historical landmark in 2002 and restored to previous glory after a multimillion, mostly county-funded effort.

It opened reborn as the Historic Hampton House Cultural Center in May 2015.

Jazz was the sound of the original House. It’s only fitting that now, the two-story yellow building in the corner of Northwest 27th Avenue and 42nd St. is back, jazz is calling.

“The Hampton House was at the center of the entertainment political and social change at the time,” says Xavier Vega, vice-president of the nonprofit Historic Hampton House Community Trust, which manages de place. “It was marketed as the first luxury hotel in the South. It was primarily for African-Americans, but the interesting story about the Hampton House was that a lot of the people who came here to perform attracted an interracial audience. So part of what we want to do is to celebrate that history of diversity and reach all different demographics.”

Once touted as “The Social Center of the South,” the 50-room Hampton House Motel and Villas were, in the 1960s and up to the early ‘70s, a prime destination for African-Americans in segregated Miami. Located in Brownsville, then a thriving middle class neighborhood, the upscale Hampton House mirrored the best white-owned hotels to which African-Americans did not have access. It featured amenities such as 24-hour room service, valet parking, a swimming pool, an 18-hour dining room, and a top-rate jazz club.

In fact, the hotel was not only a prime spot for entertainment and leisure but also a hub for business and social activism. The list of artists that at one time or another stayed, hung out, or performed there is mind-boggling. It includes figures such as Aretha Franklin, Stevie Wonder, and Marvin Gaye, as well as jazz masters such as Duke Ellington, Dizzy Gillespie, Count Basie, Sarah Vaughan, and Cannonball Adderley. But then also, Martin Luther King Jr. not only vacationed there but held press conferences at the House. And the hotel also served as the regular meeting place for the Congress for Racial Equality (CORE).

As for sport celebrities, figures such as Wimbledon legend Althea Gibson and boxing champion Joe Louis spent time at the House, as well as baseball legend Jackie Robinson; and a young boxer named Cassius Clay, later Muhammad Ali, housed his family at the Hampton House while he trained for his fight for boxing’s World Heavyweight Championship. And it was there where Ali celebrated his victory over Sonny Liston, on February 25, 1964, in Miami Beach.

The post-fight celebration was immortalized in a series of photographs that show Ali sitting at the counter of the Hampton House’s coffee shop, and Malcolm X, who had been invited to Miami by Ali and was part of his entourage, taking pictures of the champion just like another starry-eyed fan.

Two weeks later, having declared his conversion to Islam, Ali announced he had changed his name.

The hotel opened in July, 1954 as the Booker Terrace Motel and Apartments. When it faltered, around 1961, it was taken over by Harry and Florence Markowitz, who owned the land. The Markowitzes remodeled and upgraded the place, gave it a new name (it was chosen in a neighborhood contest) and guided it through its heyday. A number of factors, from desegregation to the changes in the neighborhood brought about by the construction of a Metrorail station, contributed to the decline of the hotel. It closed in 1976.

Abandoned, the place was about to be torn down but through efforts led by educator and historian Dr. Enid Pinkney, CEO and executive director of the Trust, and documentary filmmaker Kathy Hersh, the building was declared a protected historical landmark in 2002.

The “Jazz in the House” series is just one of the pieces in the effort to reclaim the Hampton House as a community destination.  (The House also hosted a blues series that ended June 29  and, beginning in September, a film series.) As for educational plans, in February the House launched its first offering: the Brownsville Unity Music Project (BUMP), a youth mentorship program that focuses on both music and history, with an emphasis on the history of the Hampton House and the Brownsville community. BUMP is a joint effort by Hampton House, Florida International University’s history department and University of Miami’s Frost School of Music.

Plans for the Hampton House include a museum, recording and dance studios, rehearsal spaces for dancers and musicians and office space for community groups.

“This was a happening spot and the reason why is that they were very big into integration but more importantly they were very big into humanity,” said Keith Clarke, managing director of the Miami Jazz and Film Society and the curator of the House’s jazz, blues and film series. Clarke grew up in the neighborhood and attended Brownsville Junior High. “They didn’t have the bigotry here. They said: we understand the restrictions apply but we don’t practice that here so everybody is welcome. If you’re comfortable with us, we are comfortable with you.”