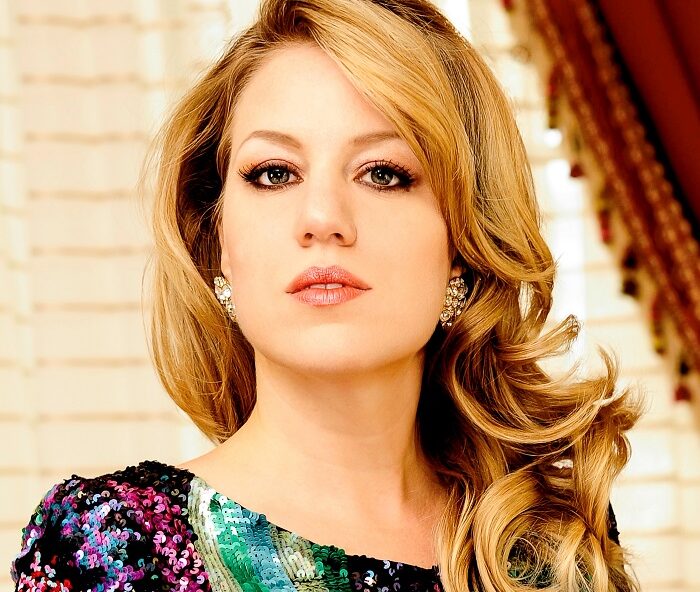 It’s an iconic moment in movie history when Marlon Brando stands at the bottom of the stairs of a New Orleans tenement in a ripped T-shirt, disheveled and screaming the name of his wife — “Stellaaaa!” — in the 1951 movie version of Tennessee Williams’ “A Streetcar Named Desire.”

Yet, despite Brando turning this dramatic plea into a pop culture pearl, the story of “Streetcar” really belongs to one of the most tragic heroines in American theater, Stella’s recently widowed sister, Blanche DuBois.

DuBois is so perfectly complex that it’s no wonder the late composer Andre Previn sought to create a tour de force role for a soprano in the operatic version of Williams’ Pulitzer Prize-winning play. An adaptation of “Streetcar” by Previn, with a libretto by Philip Littell, will open the Florida Grand Opera’s 80th anniversary season on Saturday, Jan. 22, 2022, at the Adrienne Arsht Center for the Performing Arts in Miami. The show will run through Jan. 25, then move to the Broward Center for the Performing Arts in Fort Lauderdale in February.

In the role of DuBois, this version will showcase Miami soprano Elizabeth Caballero, who says she’s ready to bring to life the intensely dramatic, yet fragile fading beauty.

“I just want to be honest with the portrayal,” Caballero says. “I don’t want to be a caricature of what everyone thinks the Southern belle of Blanche DuBois would be.”

Susan Danis, Florida Grand Opera’s general director and CEO, says casting Caballero was the right choice on multiple levels — including the soprano’s previous work with the opera company and her Miami roots. Caballero emigrated from Cuba in 1980’s Mariel boatlift when she was 6 years old.

“Everything that is part of who Liz is as a human, and the experience that she has had in her lifetime, are all the things that she will be able to pull from to get through emotionally,” Danis says.

Vocally and emotionally, DuBois is incredibly intense, Danis says, and it takes an experienced singer-actor like Caballero to tackle the role Previn wrote specifically for world-renowned star Renee Fleming.

Set in the 1940s, “Streetcar” has DuBois leaving her job as a Mississippi schoolteacher because of “bad nerves” and arriving at the New Orleans apartment of Stella and Stanley Kowalski for an indefinite amount of time. Her arrival creates a tension that threatens the very existence of the couple and everyone else in their circle.

Going full steam ahead with a large, live production as the Omicron variant of the COVID-19 pandemic continues to sweep through the United States wasn’t an easy decision to make, Danis says.

“A lot of it was that we knew we could do everything we could to keep people safe,” she says. “The performing arts centers are doing a great job at keeping everyone safe.”

Danis believes those who have been waiting patiently for big opera’s return will show up.

“Is the audience going to be a little light? Yes, I expect it will be,” she says. “We haven’t produced a large-scale opera production as of two years in March. So I have to say that the passion and the energy that we have all put into this and the amount of excitement of getting back to a big mainstage production are wonderfully overwhelming.”