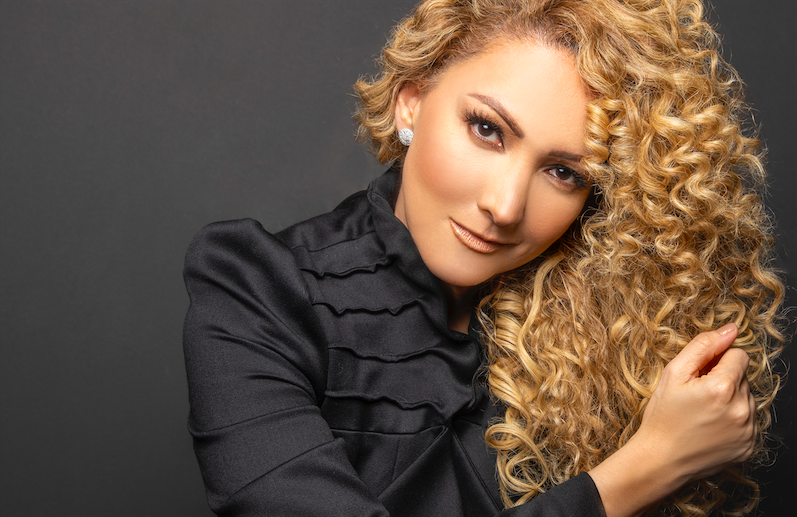 Miami singer-songwriter Erika Ender penned her latest single, “Back to the Basics,” months before the COVID-19 pandemic hit. But the heartfelt ballad seems even more relevant since the quarantine.

Inspired by “observing how nowadays everything that you have is more valuable than who you are,” Ender says the song is about “the things we miss – the essentials of life, the real relationships, the real communication, connecting with others and understanding what we’re here for.”

The Panamanian-born artist – who won a Latin Grammy for co-writing the global crossover hit, “Despacito,” with Luis Fonsi and Daddy Yankee – has been very active creatively. Self-isolated since March 18, Ender has been writing music as well as producing “#EriKonversa,” a new interview show featuring conversations with fellow artists on Instagram (@erikaender).

“This whole situation has got us in a very vulnerable condition. So I’m trying to do the best that I can and to be the most productive that I can, but at the same time, [stay] very connected with myself and with whatever I can do to make this world a better place from my corner,” Ender says. “I’m reflecting a lot about all of this and meditating and trying to see the positive things behind the lesson of the invisible master that has come to change everything around.”

When the shutdown happened, Ender took recording equipment from her studio home with her, a decision that turned out to be crucial.

“We didn’t know where this was going, so I decided to record [the song] at home, because I couldn’t go back to the studio,” she says. “And for me it was such a powerful message, because it went beyond what we saw last year. It was more realistic, and something as simple as a kiss or a hug was already a lethal weapon at this moment.”

The video for “Back to the Basics” originally showed Ender singing the song, but it now features everyday people – many wearing masks – dealing with the new somber reality of COVID-19.

“I was trying to put my heart out there and to give a message through music, which I think is an amazing tool, in order for people to connect with their feelings and understand the importance of this moment and how we can really connect with what’s real. And to try to work for a better place for us to live, from now on, and whenever we can get back out there,” she says.

“That’s a space I created right after we started this quarantine,” Ender said. “That’s the only way I have to communicate with others. And maybe sharing my story and the vulnerable moments I’ve been through – the dark moments, and the tools I’ve used to get out there and reach my dreams and make them come true – could help others.” 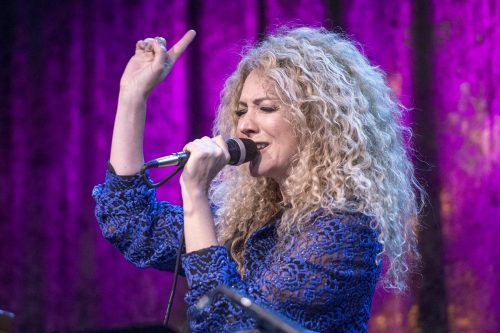 Erika Ender’s latest single, “Back to the Basics,” is about “the things we miss – the essentials of life, the real relationships, the real communication, connecting with others and understanding what we’re here for.” (Courtesy of Victoria Shaw)

She hopes “#EriKonversa” will show her fans that whether you’ve achieved fame and fortune or not, everyone is all in this together.

“Some colleagues that I have that I love and admire very much, I’ve been calling them to speak about their life, their human side, to help other people that are at home, that are scared about the future, that maybe are facing depression because maybe they don’t know what’s gonna happen, or that they lost their job,” she says. “I’m trying to be a little of the light in the middle of this tunnel, and I think it’s coming out amazing, because people that are connecting to it are really connecting with themselves, and that’s what I’m really looking for.”

Ender has written tunes sung by big names including Marc Anthony, Prince Royce, Chayanne and Jenni Rivera. And she has scored some prominent guests on her show, but one person in particular would truly make her day.

“If we could dream big, maybe Oprah [Winfrey]. She’s one of the most amazing living examples of people who have come out of a very difficult upbringing and that has reached everything and keeps helping others to find the light within themselves. So I think that would be great. I don’t think small!” she says, with a laugh.

Ender has seen enormous success with “Despacito,” which was nominated for “Record of the Year” and “Song of the Year” at the 2018 Grammy Awards.

“We knew we had a great song, and it was special, but we didn’t ever think that it would be a crossover [hit] and be No. 1 all over the world and break all records in history,” she says. “That was a total surprise.”

Ender is proud of “Despacito” for reasons beyond its massive commercial success, which even saw pop star Justin Bieber later joining up for a remix version.

The song explains “how a woman would like to be seduced – slowly,” and Ender sees it as a “very responsible song.”

“We were very conscious of what we were doing,” she adds. “We were very careful when we wrote the lyrics, especially in such a difficult moment … when songs were so aggressive toward women. And especially with a woman being part of it, I had to be as truthful and as responsible as possible with my job.

“When I do a song, I put 100 percent into it, trying to make a work of art that will really stay forever in whomever would adopt it, because it becomes the soundtrack of people’s lives, in a certain way. I don’t think that what we put in there was different from what we used to put in another song, but apparently each song decides how far it wants to fly, and how high it wants to fly. We weren’t expecting this at all, but we’re so happy and grateful that this happened.”

For more information on Erika Ender, see her official website at erikaender.com.