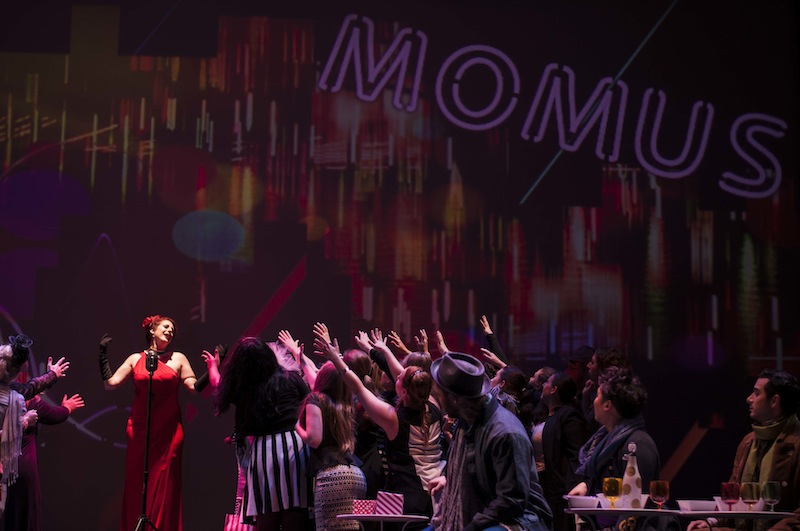 Just about now, even as the unsuspecting may be lounging at the beach, classical music is thundering forth in Miami. Our town’s annual eight week Miami Music Festival has begun with its offerings of some 75 performances from 250 young professionals.

Offenbach’s ever popular “Tales,” with its melodic rises and falls, its three stories of love and lost needs little introduction to South Floridians.

But the “Cunning Little Vixen” may be far less familiar. The work is based on a popular Czech early 20th century comic strip. Our vixen is a fox who encounters crickets and frogs and grasshoppers and a schoolteacher and a hunter, among other beasts. Ah, she is sure of herself as the opera opens. But at the end? Dancers from the Miami City Ballet also take to the stage as the vixen’s story unfolds. Michael Rossi, artistic director and festival founder, calls the opera itself as well as his production “wildly beautiful.”

Children and their families are not only welcome to share in the beauty, Rossi has fashioned a post-opera event particularly for them. He refers to it as a “petting zoo.”Kids are encouraged to come, talk to the musicians, and ‘pet’ the various orchestral instruments.

It should come as no surprise that Rossi is this interested in the young. He established the whole festival as a performing institute to help accomplished but emerging musicians — those still early in their careers to further their craft.

It all began five years ago while Rossi, a young Washington, D.C., based orchestral conductor, was vacationing in Miami with his family. He wanted to hear live classical music; during the summer there was precious little here to be had. Meanwhile through his work with the Washington National Opera as well as his experience as a guest conductor in dozens of cities, he knew how many young musicians were hungry for more performing expertise.

Right from the start the festival was ambitious, featuring full operas, symphony recitals, zarzuelas, and chamber music ensembles, let alone evenings devoted to arias and faculty recitals. And what a faculty it is. This year’s crop includes Grammy-Award winning soprano, Christine Brewer, among dozens of others.

Applications from young musicians to perform in the festival and participate in its training have blossomed from a few hundred that first year to well over a thousand this summer. “Choosing among so much talent can be heart-breaking,” Rossi says.

If pressed to choose which part of the festival for which he feels most proud, Rossi would point to the Wagner Institute. “Wagner is its own law,” he says. “A voice needs to mature before it can take on that music. A singer needs in to be in his/her 30s or 40s. But by then vocalists are deep into their careers. There was not a place, a safe one, for accomplished vocalists to practice Wagner.” The upcoming performance of selections from the Ring Cycle on July 22 at the Arsht Center may be the high point of all the festival’s presentations.

This is not to slight the South Florida premier on July 27 of contemporary composer extraordinaire Jake Heggie’s opera “Dead Man Walking.” The work, familiar to some from the Sean Penn movie of the same title takes a hard look at the death penalty, and what forgiveness may mean.

But this week Rossi is focusing on those those operas, especially “Vixen.” Last year at the end of one of the family operas, he invited the kids to do more than “pet” the instruments. He offered a volunteer among the children a chance “to play an instrument none of them ever had.” Then he gave a seven year old who volunteered the conductor’s wand. The boy ‘played’ the entire orchestra. “He was shockingly good,” Rossi laughs. “I’m hoping to see him again.”