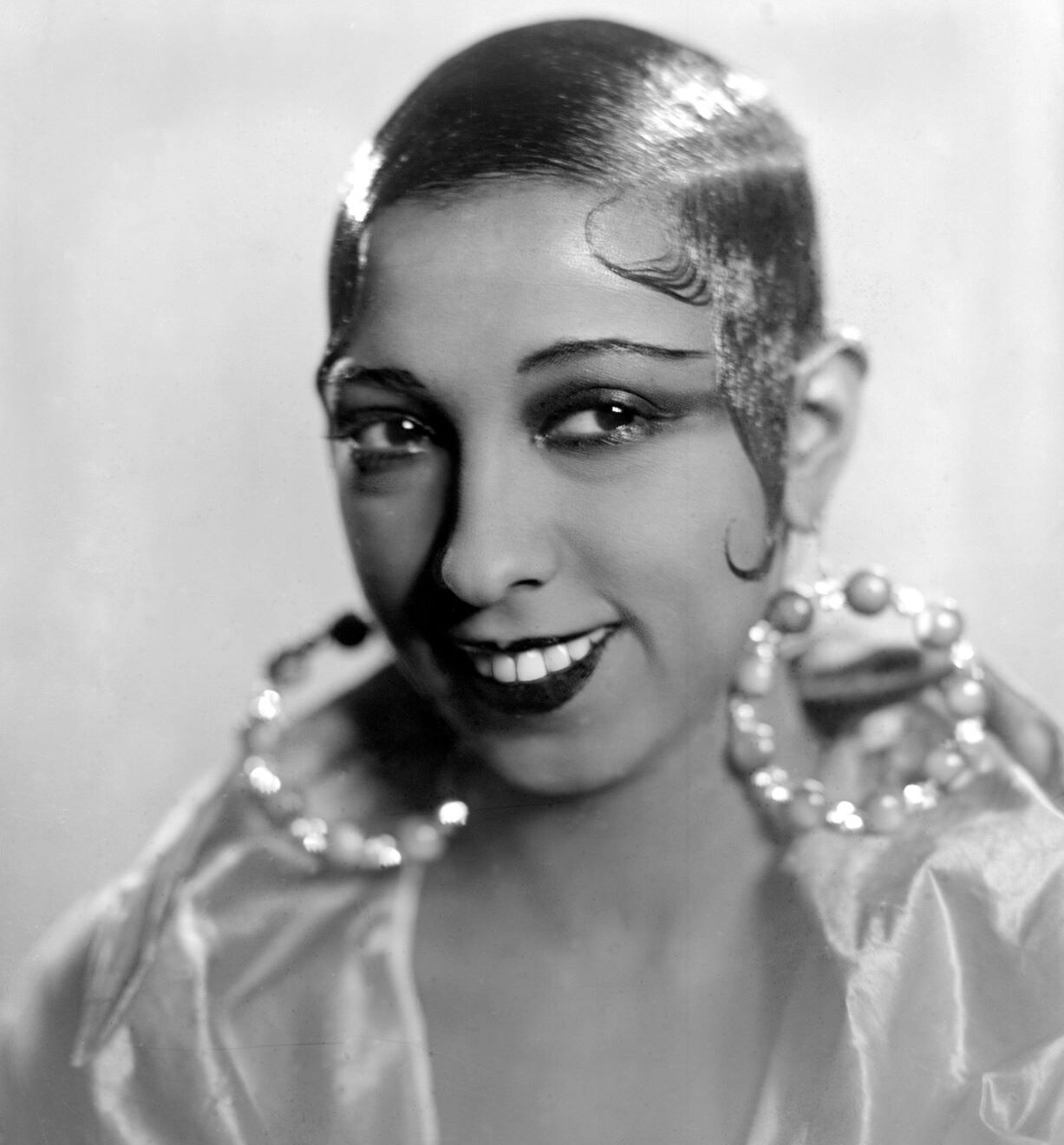 Josephine Baker made civil rights history in Miami Beach in 1951 when she insisted Black guests be allowed in the audience during her shows. (Photo courtesy of Consulate General of France in Miami)

Before Rosa Parks and John Lewis, there was Josephine Baker.

Baker may have seemed like an unlikely civil rights figure — a cabaret singer and dancer who appeared onstage in glamorous style, sometimes barely clad or accompanied by a pet cheetah.

Yet in 1951, Baker made history in Miami Beach when she refused to perform at a swanky nightclub unless Black guests were welcomed there. As the story goes, the famed Copa City Club initially denied her demand. Miami was still under Jim Crow segregation rules.

But Baker persisted. The singer had moved to Paris decades earlier and, by then, was an international star who toured the world, packing venues wherever she appeared. On Jan. 10, 1951, Baker became the first known entertainer to perform at a prominent Miami Beach club before an integrated audience.

“She was a bridge between France and the U.S., especially in the fight against discrimination,” said Laurent Gallissot, consul general of France in Miami, whose office will host a special tribute to the American-French performer on Sunday, Nov. 28, at Miami Beach’s National Hotel.

Baker, who died in 1975, is in the news again. Not only is she about to become the first Black woman inducted in Paris’s Panthéon — an honor reserved for France’s most illustrious citizens, such as Victor Hugo, Jean-Jacques Rousseau and Marie Curie — but the city of Miami Beach has declared Nov. 28 as Josephine Baker Day.

“I think women do connect very much with her, because they do feel how difficult it is to be the first in a lot of different things,” Gallissot said. “The first onstage, first in the movies, first Black woman to really break the rules and push the boundaries.”

Baker spent a lifetime breaking through barriers. Born in 1906 to a working-class family in St. Louis, Mo., she first appeared in all-Black musicals including “The Chocolate Dandies” on Broadway before heading to Paris in 1925. In the City of Light, she enraptured audiences with her captivating looks and seductive dance moves. (She became a French citizen in 1937.)

She hung out with artists and literary figures, including Pablo Picasso and Ernest Hemingway. The American writer once described her as “the most sensational woman anybody ever saw. Or ever will.”

She also played a role in the French Resistance after the Nazis invaded France. She was known to have helped the Allies by smuggling secret documents on sheet music and became a volunteer pilot in the women’s auxiliary of the French Air Force. She received French military honors at her funeral. 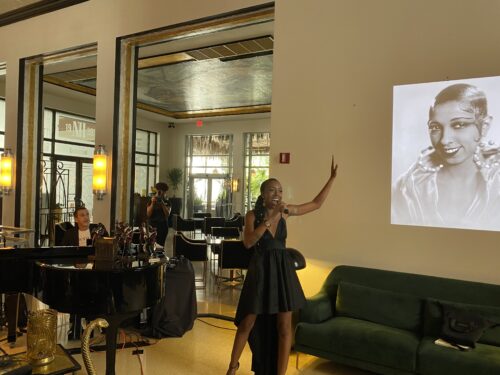 Jazz singer Bianca Rosarrio is scheduled to perform at the tribute on Nov. 28. (Photo courtesy of Deborah Ramirez)

“In France, she was very loved — especially in Paris — because she had such an amazing connection with the French people,” Gallissot said.

Throughout her life, Baker spoke against segregation and racism in her native country.

In 1963, she joined the Rev. Martin Luther King Jr. at the March on Washington. There, she addressed the crowd, talking about her reasons for leaving the United States: “You know, friends, that I do not lie to you when I tell you I have walked into the palaces of kings and queens and into the houses of presidents. And much more. But I could not walk into a hotel in America and get a cup of coffee, and that made me mad.

“And when I get mad, you know that I open my big mouth. And then look out, cause when Josephine opens her mouth, they hear it all over the world.”

Baker’s extraordinary life matched her outspokenness. She married four times and adopted 12 children from different parts of the world, calling them her rainbow tribe.

“I did not know much about her, now I’m totally in love with her,” said Paul Thomas, chairman of Miami Beach’s LGBTQ Advisory Committee, and designated master of ceremony at the Baker tribute on Nov. 28.

Thomas said he was inspired by the artist’s sense of inclusion and social justice.

“I’m really wanting to build on her courage and strength, on her tenacity and her perseverance,” said Thomas, speaking at a news conference at the National Hotel in early November. “Her drawing that line, saying: I’m not asking you if I can be in this space, I’m saying to you, if I come to this space, I come this way. If I come, everyone comes.”

Jazz singer Bianca Rosarrio has found her space in Baker’s songs. The West Palm Beach singer recently joined The Joséphine Jazz Sextet, which is scheduled to perform during the National Hotel tribute.

“She has opened up the doors for all of us, especially African-American women,” said Rosarrio, who sang at the National Hotel news conference. “To be able to perform in venues such as this one because she refused to perform for segregated audiences — that speaks volumes.

“She could have took the gig, took the money, but she said, ‘No, this is how it’s going to be, and if you don’t like it, I’m not doing it,’” Rosarrio added. “I can relate to her and that type of spirit.”

The special tribute, “Miami Celebrates Josephine Baker,” is set for 8-10 p.m. Sunday, Nov. 28, at the National Hotel, 1677 Collins Ave., Miami Beach. Though the event is free and open to the public, online registration is required and appears to have sold out. For more information on this event, visit josephinmiami.eventbrite.com.