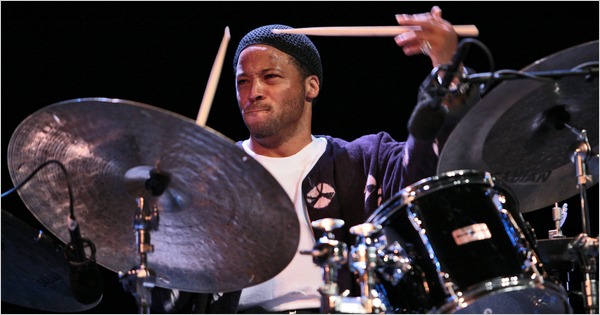 This year’s Melton Mustafa Jazz Festival is the most ambitious ever, with events spread over four days. The festival, which runs Thursday through Sunday, marks its 19th year with a move to Overtown’s historic Lyric Theater. In addition to the student workshops, competition and master classes it has offered before, this year’s event includes film, vendors and a chance to mingle with musicians, authors and artists. The culminating concert stars Wycliffe Gordon, Winard Harper and the powerhouse Melton Mustafa orchestra.

Gordon’s career has included stints with the Jazz at Lincoln Center Orchestra and Wynton Marsalis Sextet. Best known as a trombonist, in 2014 he was honored as a rising star on tuba by Downbeat magazine.

Harper, a drummer, has appeared at the festival before. Encouraged after his father noticed him beating on cans as a very little kid, Harper made guest appearances with his older brother’s nightclub band starting at age 5. Harper has played with such stars as Dexter Gordon, Betty Carter, and Billy Taylor.

The trumpeter and composer Mustafa is a South Florida favorite who has traveled the globe playing in the Count Basie and Duke Ellington bands, among others. He said the expanded festival is an effort to reach out to a broader audience. “I’m looking to serve the community more and I’m looking to support the students and the band directors more,” he said. “More than anything, I’m looking to project to the public the opportunity to raise funds to get scholarships to college so that students can continue their quest for education.”

Organizers hope the festival will raise $50,000 for scholarships.

The kickoff reception on Thursday welcomes patrons with live music and art. Friday offers one of this year’s new features, a joint effort with the Miami Jazz and Film Society. “The addition of the film night affords the audience a chance to visually see and hear a special film presentation by (society founder) Keith Clarke,” Mustafa said. There will be live music, too.

Saturday is devoted to workshops and master classes with the stars Gordon and Harper as well as educators from this area and elsewhere in Florida. The festival wraps up with the big concert on Sunday evening. In addition to the jazz artists, the Florida Memorial Gospel Choir will perform.

It all happens at the 103-year-old Lyric. During segregation and until the construction of I-95 in the 1960s, Overtown was a thriving black community with smart hotels, restaurants and nightclubs. Once the anchor of a district known as “Little Broadway,” the restored theater is the only building remaining from those days.

The Melton Mustafa Jazz Festival runs Thursday through Sunday at the Lyric Theater, 819 NW Second Ave., Miami. Advance ticket prices range from $15 for Saturday’s workshops and master classes to $100 for all events. Admission to Sunday’s culminating concert is $45, $50 at the door. Tickets and details are available at eventbrite: