Maria Schneider to present Donny McCaslin in her debut concert 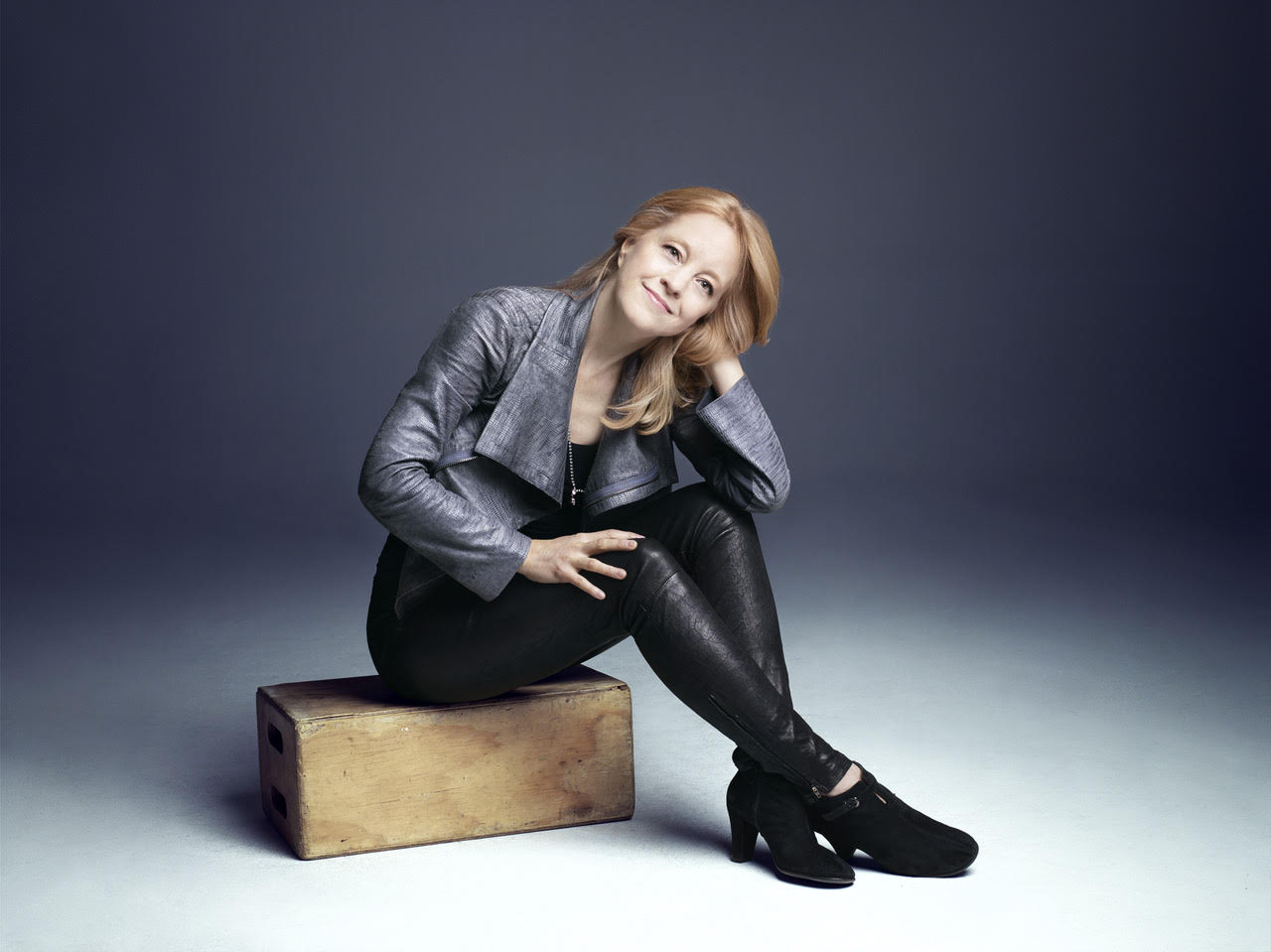 Maria Schneider will be presenting her first concert as artistic director of the University of Miami’s Frost School of Music Henry Mancini Institute. (Photo courtesy of Whit Lane)

There is nothing in jazz like the sound of a big band in full flight. It’s not just the sheer power of a large ensemble, but the palette of colors and rhythmic possibilities it brings to the music, and the variety of settings it opens to improvisers. Few have expanded and updated the sound of a big band over the past several decades like composer and arranger Maria Schneider.

In her work, the lines between musical genres often blur, and she has proven as adept at writing music for The Saint Paul Chamber Orchestra and the adventurous Dutch Metropole Orchestra, as with her Jazz Orchestra. In 2014, underscoring the point, Schneider surprised a few jazz and rock fans collaborating with the late David Bowie on the single “Sue (Or In A Season of Crime).” It earned her a Grammy Award for “Best Arrangement, Instruments and Vocal,” one of five she has won for work in both jazz and classical music.

On Jan. 25, in her first concert as artistic director of the University of Miami’s Frost School of Music Henry Mancini Institute, Schneider will offer a program including some of her works as well as music by special guest, saxophonist and longtime collaborator Donny McCaslin.

“What I’m hoping to do with the orchestra is to bring together different parts of the music school and give them all this experience of this tremendous resource that is the orchestra,” said Schneider, in a recent interview from her home in New York City.

The idea is to feature music “from different kinds of composers, not just studio orchestra jazz composers, but [composers for] classical orchestras, and also giving people that are experimenting with writing a chance to write something for a big orchestra like that,” she said.

“So there are different components to what I’m trying to do, giving players different playing experiences but also inspiring writers. And because Donny’s music is more of rock-pop, it’s a chance for us to bring in students from other programs that maybe don’t integrate with the orchestra, and then for the classical players, playing with a rhythm section and precise time … so it’s a way to broaden the experience of everybody.”

For Schneider, the engagement also marks a return to UM, where she spent a semester of graduate school in 1983.

“I fell in love with a lot of the people there,” she recalled. She especially noted arranger and composer Gary Lindsay and the former chair of the Department of Studio Music and Jazz, Whit Sidener. “They gave me tremendous opportunities for writing, they recorded my music, and I stayed in touch with them.”

“Three Romances,” a piece featured in her Grammy-winning “Concert in the Garden,” was a commission by UM’s Frost School of Music and premiered in 2001 at the same hall where the Jan. 25 concert is taking place.

The first half of the evening will feature three works by Schneider, conducted by the composer: “El Viento,” from her “Coming About” album (1996); “Walking By Flashlight,” recorded on Winter Morning Walks (2013) and updated on “The Thompson Fields” (2015); and “Hang Gliding,” from “Allegresse” (2000). The second half will feature music by McCaslin conducted by the orchestra’s resident conductor, Scott Flavin.

She described the first piece, “El Viento,” as the merging of the music of German composer Paul Hindemith and that of Spanish Flamenco guitarist Paco de Lucia. It’s an eyebrow-raising example of her approach, which she relates to the lessons she received as a 5-year-old growing up in Windom, Minn., from her teacher, Evelyn Butler, a stride, boogie-woogie and classical pianist from Chicago.

“She only ended up in Windom because she had had a horrible family tragedy: her son and husband dying within a month of each other. So she came to Windom to be with her daughter who lived there,” she recalled. “So here’s this extraordinary world-class musician transplanted to this little town and half of every lesson she taught me theory — and with that theory, she taught me to play chord changes and play a little bit of stride and then, half of every lesson, was about classical music. But she didn’t label them. It was just like ‘OK, let’s play this Cole Porter song, and here’s how you dress it up. OK, let’s now work on the Bach Two-Part Invention.’ So I grew up with both things integrated as a part of my own life.”

It’s a sensibility that has served her well when dealing with jazz orchestras. A classically trained composer may expect to hear his or her music played as written, exactly, every time. But the very power of jazz comes from a subtle but constant negotiation, done on the fly, between structure and freedom, detailed instructions in the written page and improvisation.

“That was the thing that attracted me to it,” said Schneider, breaking into a laugh. “The first time I wrote an orchestral piece for The Saint Paul Chamber Orchestra, actually had no improvisation. And I remember conducting several nights in a row and just feeling that, ‘Wow, we’re just trying to do it the same and do it better every night.’

“With my band, at the end of every night, people are recounting little things, creative moments that happened, somebody playing something and somebody else reacting to it, and I realized that that was an aspect of the music that I loved. So I’m putting my music out there, a little bit incomplete, for others to put themselves in it and make it ours. It’s a very tricky business. You have to find the right balance. But for me, on a human, social level, it is so much more — and I need that.”