M. Lamar Makes Out in the Tropics Super Topical 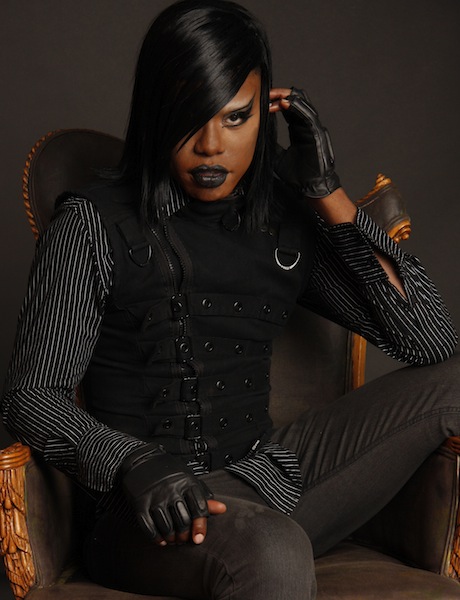 Various performers this season have brought us thought-provoking

takes on black masculinity. Both Nora Chipaumire’s powerful paean to her father, presented in December at the Little Haiti Cultural Center, and Shaneeka Harrell’s look at Cassius Clay, shown at the Miami Light Box during O, Miami, examined how the image of black men is perceived and distorted in contemporary society. This Friday at the Gleason Room Backstage at The Fillmore, FUNDarte’s Out in the Tropics festival continues the discussion with M. Lamar’s Surveillance Punishment and the Black Psyche.

The surveillance and apprehension of innocent black men is an urgent and disquieting topic. FUNDarte director Ever Chávez is excited to be presenting an artist whose work’s focus feels as if it could have been ripped straight from the nightly news: “It’s representative of what is happening now in the country,” he said. “The work that M. Lamar is bringing really touches something that we all should know about.”

A New York-based singer and performance artist with a goth aesthetic, Lamar has for a decade created intensely personal work that delves into America’s paradoxical attitudes towards the black male body: fear and loathing on the one hand, perverse fascination on the other. With original songs composed by the classically trained, punk- and metal-influenced Lamar, and projections and live video by art director Sabin Calvert, Surveillance Punishment and the Black Psyche digs deep: “It’s ritualistic,” says Lamar in a telephone interview. “It’s an intense journey to a meditative, emotional place.”

Lamar examines specific characters and moments in history, experiences of intense violence and injustice. His works have shone a light on horrific details of torture: captives on slave ships being force fed so that they could not escape by starving themselves to death, their jaws held open with a metal device designed for the purpose; lynching victims castrated by white vigilantes before being hanged; a black teenager in 1947 Louisiana who was electrocuted twice when the electric chair malfunctioned on the first attempt. In one segment of Surveillance, Lamar imagines an 1847 Southern plantation where a white overseer has a sadomasochistic, homoerotic relationship with a male field slave. Lamar allows himself to fully inhabit these victims of violence. One of his questions, he says, is, “If we are all still on the plantation, where are we all positioned?”

Accompanying himself on piano, Lamar has a unique and haunting voice that is heard throughout the hour-long multimedia piece. As a young boy in Alabama, he would listen over and over to recordings of opera stars Marian Anderson, Leontyne Price and Jessye Norman, imitating their style, obsessed with what he calls the “histrionic quality” of the soprano repertory. When his voice changed in adolescence, he began to sing in the high countertenor that he still uses today. His compositions sound as if they could be African-American spirituals, delivered in a rich tremulo, with the polished, operatic sound of the divas he admired as a child. “Black people have historically dealt with intense levels of pain,” he says. “I’m interested in exploring what has allowed black people to survive.” He views African Americans’ traditional connection to music as a lifeline.

Lamar’s twin sister is Laverne Cox, who, through her activism and her role on the series Orange Is the New Black has quickly become the public face of the transgender rights movement. He notes that the two are very different artists. “We’re both very political in very different ways,” says Lamar, adding, “I’m more on the side of revolution.”

The role of the artist as provocateur is a time-honored tradition, but performers like M. Lamar find novel ways to get under our skin. “The best art,” he says, “gets you to reflect on yourself — the ways you are implicated or the ways you empathize.”

Out in the Tropic’s Chávez concurs, and hopes that a diverse audience will come to experience Lamar’s work. “It’s a performance where you really sit down, you get into that world and you enjoy it, but you also reflect and think…It’s about developing an audience that really thinks,” he said.

A version of this article also appears in Miami New Times.