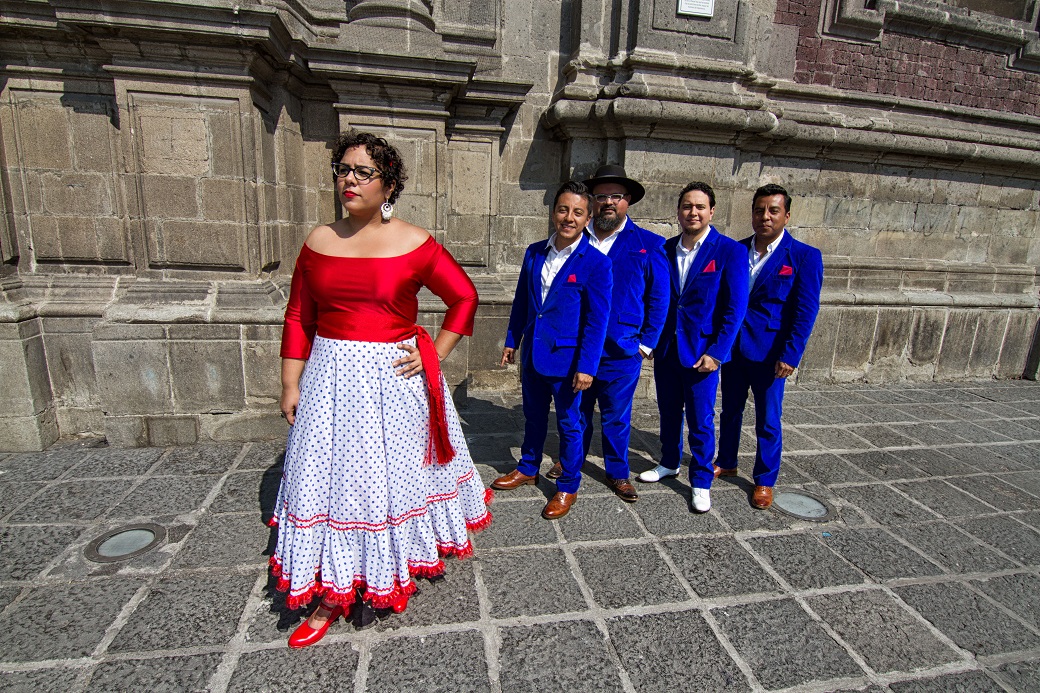 The band, La Santa Cecilia, won a Grammy award in 2014 for Best Latin Rock for its studio album Trinta Dias. Since then, they haven’t slowed down, touring nationally and now including a stop in Miami this weekend. Their fusion of Latin American and world music creates a style that is uniquely its own.

La Santa Cecilia was founded by four friends in 2007. They had known each other for years and played some of the same venues in Los Angeles, especially on Olvera Street, a Mexican tourist village that offers Mexican goods and food and where visitors can listen to traditional Mexican music. All four members of the band are fully bilingual and bicultural, and each brings his or her special talent to the group: Jose “Pepe” Carlos, accordion; Alex Bendana, bass;  Marisol “La Marisoul” Hernandez, lead singer (her voice has been compared to Janis Joplin’s bluesy forthrightness); and Miguel “Oso” Ramirez, percussion.

Ramirez spoke about the group and the power of music.

How would you describe the musical style of the band?

Very eclectic. It’s rooted in traditional Latin American music and traditional  Mexican music. We mix all the genres — jazz, funk, salsa, bolero…we are able to mix genre and style and make something different.

In what ways did winning a Grammy change things for the group.

It was an amazing experience. We weren’t home for three years — on the road playing all the time. It was a huge recognition; we were very grateful.

Who are some of your musical inspirations?

I admire a lot of Mexican musicians. Rock ‘n’roll, blues, jazz, Miles Davis, The Doors, Santana – [there are] so many artists that we admire and who had a huge impact.

Music saved our lives, gave meaning and a purpose in life, gave us an identity as people and who we are spiritually. Music is one of the most important things…it’s given us so much and has shown us the power we have as individuals to be transformative beings. [We] see how music has changed our lives and other people’s lives.

What role does La Santa Cecilia play in society at large?

We share stories from within our communities – and not having someone else write the stories — so that people can understand the impact of what we’re living through and how we see the world. We are able to have this position, this platform, to share our experiences and in a way talk on behalf of our community in terms of what’s happening. It’s important for us to show our community that we are here for them and use our platform to share these experiences.