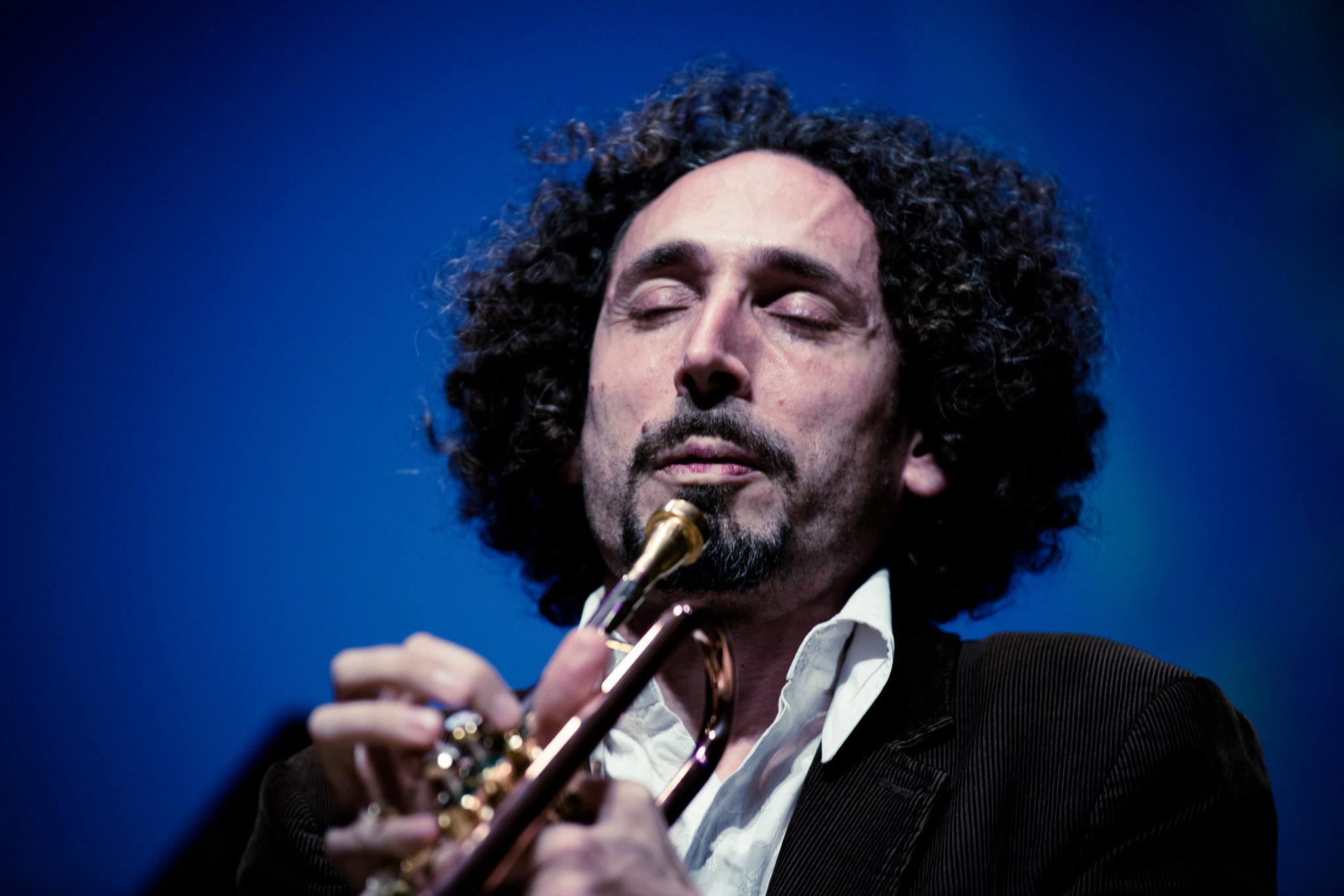 When you hear John Daversa perform with his band, the first thing that strikes you is the impeccable musicianship of all the performers.

Then, the playfulness and eclectic influences shine through.

Grammy-winning trumpet master, composer and bandleader Daversa – who is chair of Studio Music and Jazz at UM’s Frost School of Music, and who has worked with a diverse list of artists including Herbie Hancock, Burt Bacharach, Regina Spektor, Fiona Apple, Joe Cocker and Andy Williams – will bring his Small Band to the South Miami-Dade Cultural Arts Center on Jan. 18.

“It’s a collection of really special, high-level musicians from the Miami area who I’ve known for the past seven years since moving to Miami,” says Daversa, a West Coast guy who has degrees from the University of California, Los Angeles and the University of Southern California and taught at California State University, Northridge before being offered the UM gig. “I really had no intention of leaving California, but I came down and visited the school, just to see what was going on, and it just seemed like an incredible opportunity to be in an institution with so much support and such a collegial faculty.

“And the students were playing at such a high level. I could see the infinite possibilities of being in this environment. So I decided to go for it, and I’m so glad I did.”

Daversa is a trumpet player first and foremost, but he’ll break out another, much scarcer, instrument at the show: the odd-looking Electronic Valve Instrument (EVI), which audience members may not recognize.

“It’s a MIDI controller, a synthesizer, basically, that’s controlled like a trumpet,” Daversa says. “A gentleman named Nyle Steiner invented it in the late ’60s, and a company called Akai picked it up in the ’80s, and I’ve been using one from the ’80s for many, many years, and now I’m endorsing this new model that’s made by Nyle’s nephew, Mark Steiner. So Mark has finished modifying it for me, and it’s in the mail now, and I’ll get it before we play on the 18th.”

What was it about the EVI that attracted Daversa?

“I saw Michael Brecker play one in the ’80s,” he says. “And I really identified [with] being able to play like a keyboard or guitar player, being able to play all different kinds of sounds, but controlling it like a horn, with breath control and dynamics and a range of eight octaves. So it just seemed like such a limitless voice, and since then it’s become a voice of mine.”

The record is a great source of pride for Daversa, as it was meant as a message to politicians to protect immigrants.

“The project is a very special one,” he says. “Of course, I was a part of it, but it was really about a lot of people who were involved, and it’s really helped a lot of people immensely, and put a spotlight on the issue of the [Deferred Action for Childhood Arrivals] act.”

All tracks on “American Dreamers” were arranged for and performed by Daversa’s Progressive Big Band, so it’s up in the air whether the Small Band will tackle any of it.

“We may play one or two from that, but it’s difficult,” he says. “Those arrangements are all for a very large ensemble with basically a 40-piece orchestra, so re-orchestrating it down is difficult. But we may find a way to do one or two.”

Since his parents are musicians – his mother is a classical piano player and his father a trumpeter – Daversa was exposed to a wide variety of sounds growing up.

“My mother was always playing Chopin, Beethoven, Rachmaninoff on the piano – Debussy, Ravel,” he says. “But she also brought in that Motown thing, and country music – Willie Nelson, Hank Williams – because she’s from Oklahoma.

“And my dad’s influence was more of the jazz thing, with Miles Davis and Chet Baker and Gerry Mulligan – all of those sounds. I probably listened to more pop than rock – a lot of Earth, Wind & Fire, a lot of Motown, a lot of Stevie Wonder, Smokey Robinson, Aretha Franklin. Kind of R&B, and then pop as a kid in the ’80s. I listened to Top 40 all the time, so I was listening to Dire Straits and Whitney Houston and Michael Jackson. All of the mainstream artists. I loved it.”

There was another huge influence, however. One that has colored Daversa’s experimental side.

“My dad played with Frank Zappa,” Daversa says. “We were friends with his family when I was a kid, when we lived in Los Angeles. Frank Zappa was a creative force, that’s for sure.”

Daversa has performed all over the world, but he says the South Florida music scene compares favorably with other jazz hotspots across the country.

“Miami is a special place,” he says. “You have a lot of elite, high-level quality musicians in the area, like Gonzalo Rubalcaba, Sammy Figueroa – these amazing musicians who are out touring all the time but make their home here in Miami. And the music scene from my perspective seems to have a lot of Frost students and [Florida International University] students involved, so it’s an active and creative scene. And what makes it special is it’s such a melting pot of different cultures coming together, because you have all the islands’ influence here, you have all the South American influence, you have Cuban influence, plus the American influence of jazz, and quite a bit of European influence. So it’s like a miniature New Orleans in that regard – this big melting pot of cultures and ideas coming together.”