Jazzing Up the FLA-FRA Fest 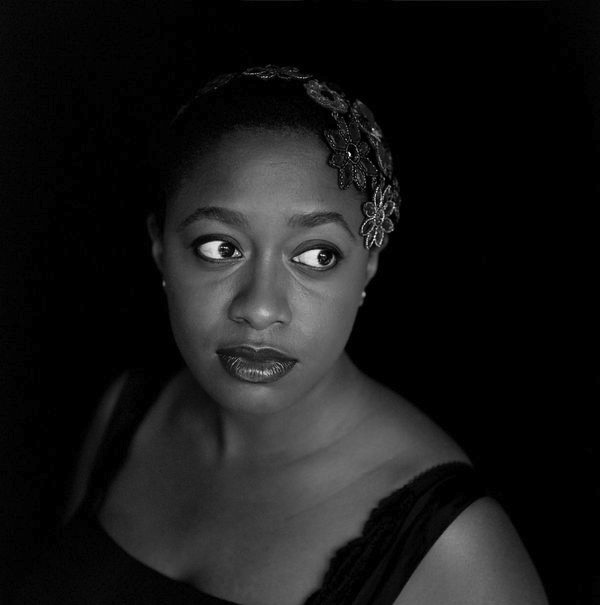 Listening to Cécile McLorin Salvant interpret her material, which includes both timeless standards such as “I Didn’t Know What Time It Was” and “What A Little Moonlight Can Do,” but also unexpected songs such as the 19th century “John Henry” or a tricky period piece such as “You Bring The Savage In Me,” is to marvel — not only at her impeccable intonation, phrasing or sense of swing, but how smartly she sets and paces her performance, her deadpan sense of humor, her control of the lyrics, the layers of meaning a pause or a lengthened sound can add to a word.

But that’s only part of her extraordinary story.

Music was not in the plans — much less jazz, which was a late discovery, far from home.

Yet she won the 2010 Thelonious Monk International Jazz Competition, was famously celebrated by trumpeter and composer Wynton Marsalis, artistic director for Jazz at Lincoln Center, as someone who “has poise, elegance, soul, humor, sensuality, power, virtuosity, range, insight, intelligence, depth and grace,” signed with a major jazz label and had her debut recording  (WomanChild, which was actually her second album) nominated for a GRAMMY.

While she performed last December with the Jazz at Lincoln Center Orchestra Christmas show, this will be her homecoming debut, of sorts, leading her own group and presenting WomanChild at the Colony Theater this Saturday, April 12, as part of Tigertail’s Florida/France Festival.

Born in Miami to a Haitian father, a doctor, and a French-Guadeloupean mother, an educator, McLorin Salvant, who will be 25 in August, started piano at four and singing at the Miami Choral Society at eight. After graduating from Coral Reef Junior High School, she decided to study law at a political science school in Aix-en-Provence, in the South of France.

“I’ve always studied music, but it was kind of a side thing to academics, and I thought I would continue doing just that: Go to school and maybe do music on the side,” she says in a recent interview. Then plans changed. She enrolled in law school and music started as an after-school activity — until eventually she stopped attending class, going instead to the Darius Milhaud Conservatory. (She did manage to complete her bachelor’s degree, she notes proudly.)

As for jazz, she says “it’s funny because I really wasn’t planning to do this at all if not for this teacher who really encouraged me and pushed me.” That key figure in her evolution as a jazz singer was saxophonist and clarinetist Jean-François Bonnel who, says McLorin Salvant, had “a bizarre way of teaching [jazz]. He didn’t really have a curriculum or a fixed idea of what we were going to do.” Instead, she recalls, he would bring stacks of CDs and encouraged her to explore. It was, she says, “a very interesting way of learning. You had to find your own way. And to me that’s the way the greatest jazz musicians learned — with help along the way, of course, but on their own way of doing things.”

Raised in multi-cultural Miami, educated on jazz in the South of France, McLorin Salvant was free to shape her own style without the burdens of history or expectation, drawing from Louis Armstrong, Betty Carter, Bessie Smith, and Billie Holiday, but also Blanche Calloway, Lil Hardin Armstrong, Blossom Dearie, and Abbey Lincoln, an inspiration for her own songwriting.

And she had to find her way while singing for non-English speaking audiences, which meant that she “had to find a way to interpret the music so they could understand what was going on.”

Her peculiar path is reflected not only in her distinctive singing and performing style, in the tradition but not necessarily of it, but also her songwriting and her choices of repertoire, some of which sent early reviewers looking deep in their collections and reference books.

“I listen to a lot of music every day, and I add to that list and usually those are songs that have something unusual about them — maybe something bizarre in the story, something a little different,” she says. “I love to sing songs people don’t know, maybe songs that were recorded one or two times, and really find things I can engage with.”

Singing material unfamiliar to the audience is not the safest tack to take for any performer, much less someone at the beginning of her career — but tried and true is not foremost in her mind. Given her improbable path so far, why should it be?

“When something has been recorded very little and it’s really unknown to people it gives me more freedom to do what I want with it — rather than having to respond to other people’s ideas about that song,” says McLorin Salvant. “There are really beautiful standards that have been done over and over and over. Then everybody has an idea of that song and now they are listening for how you are changing it. It’s a different experience and it’s fun and cool  … but I rather prefer the fresh and new.”