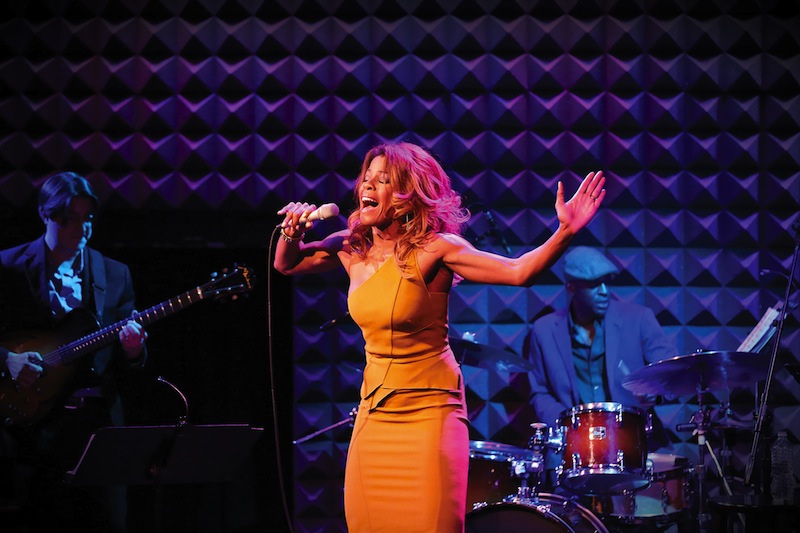 We know it’s the holiday season when trees light up, menorah candles start to burn, ubiquitous Christmas carols pipe through drugstores, “The Nutcracker” plays on every stage – and in recent years, when jazz great Nicole Henry holds her winter concert.

The fifth edition of the annual musical celebration takes place on Saturday at the Colony Theatre on Miami Beach.

“I think it’s good to show the tourists or whoever might be here that we have South Beach traditions and that’s what I wanted to build with this concert,” said Henry. “A tradition of jazz and live music from someone who’s homegrown, from Miami Beach on Miami Beach.”

She’s not actually Florida-born, but Henry has spent all of her adult life in South Florida, having come down from Pennsylvania to attend the University of Miami. While a student, she discovered a love of live performing and changed her professional ambitions from architecture to singing.

“I consider Miami Beach to be my musical home because it was the first place I ever had paying gigs; it’s the place where I honed my desire for performing, where I did my first bunch of open mics,” she said.

Since then, Henry has gone on to sing all over the country and around the world, winning fans in places from New York to Tokyo and Shanghai. She’s received a Soul Train award for Best Traditional Jazz Performance and released several albums on her own label, Banister Records. She’s also been recognized by Miami Beach and Miami-Dade County, each of which has declared Nicole Henry Days.

And, she has established herself as a champion for kids here in South Florida. Proceeds from the first four winter concerts went to the Miami Children’s Initiative, a charitable organization that supports young people and their families from cradle to career in Liberty City. This time, the beneficiary is the Miami Music Project, with which she became involved through her work with MCI.

“It’s really just a matter of spreading the love,” she explained.

According to the Miami Music Project’s mission statement, it “uses music as an instrument for social transformation, empowering children to acquire values and achieve their full potential, positively affecting their society through the study and performance of music.” It is active in neighborhoods around Miami-Dade.

“I love the fact that they serve Liberty City, I love that they are hands-on with the kids,” Henry said. “They empower kids, the children really feel special learning an instrument. They feel… they’re being paid attention to.”

As a youngster, Henry studied the cello and remembers playing music on weekends with her mother, a classical pianist. She wants similar experiences for the children of this community. “To be able to appreciate classical music and the fabric of a classical song, the beauty of a classical piece, I think it’s important for kids to understand what that is, to feel that progression,” she said.

That understanding is just part of her musical foundation. “I’ve always loved gospel,” she said of her decision to feature the Grammy-nominated Miami Mass Choir this year. “I thought it would be a way to elevate the concert this year. I figuredit was the fifth annual, so I had to do something different and monumental.” This will be her first time singing with a choir.

Henry said she, the choir and her five-piece band will perform “a range of music from pop to soul to jazz to gospel. It’s a little bit of anything to bring you joy. We’re gonna get people moving in their seats.”

INFO: Tickets are $30 and $45 for general admission, $100 for the VIP package; www.colonymb.org/nicole-henry.