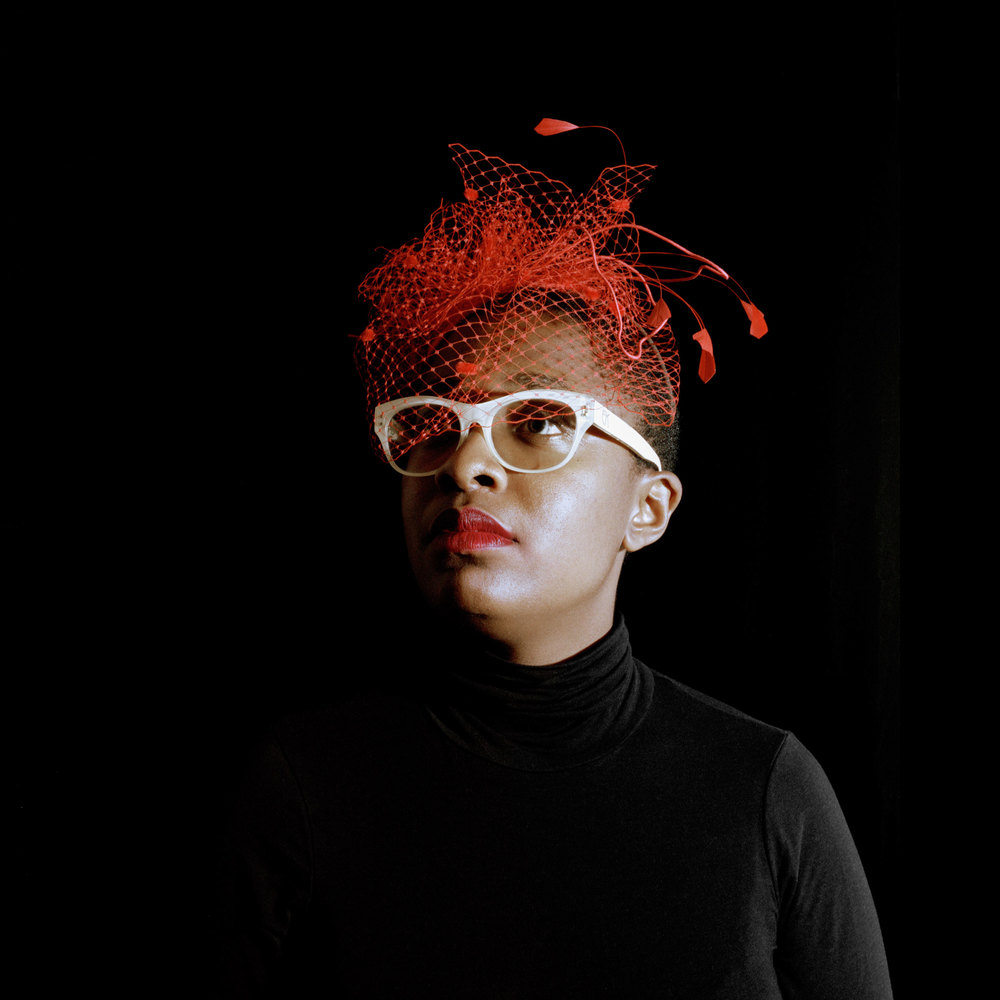 Had the interview been for a solo performance by Cécile McLorin Salvant, the two-time, three-time nominated Grammy Award winning jazz singer might have been more inclined to talk about herself.

Yet, being the consummate musician that she is, Salvant allows the conversation to only sometimes include answers about her own ascent to jazz celebrity. The Miami born, 29-year-old, wants it to be known that the fact of the matter is, when she performs in her hometown, on Friday, Dec. 7, inside the Arsht Center’s Knight Concert Hall, she’ll be playing with Artemis. She’ll be the vocalist, but there will be six other female musicians that are jazz stars in their own right.

Renée Rosnes, piano and musical director, started the collective, naming it after the daughter of Zeus, the Greek goddess of the hunt and wilderness, childbirth and chastity. Artemis, the band, has Salvant as vocalist, plus clarinetist Anat Cohen, tenor saxophonist Melissa Aldana, trumpeter Ingrid Jensen, bassist Noriko Ueda, and drummer-percussionist Allison Miller.

When probed about the novelty of an all female jazz band, Salvant suggests maybe taking the idea in a different direction. Yes, she agrees, it is all women making music, but philosophically she asks, “When you’re playing music with people, where does the personality end and the gender begin?” She does agree in some way that to make the point is valid. “Don’t get me wrong. I think the optics are useful today, because it is still a rare thing.”

Salvant’s approach to her music is a lot like the interview: clever, thoughtful, winsome, and unexpected. She credits growing up in Miami, Pinecrest specifically, with giving her the gift of curiosity. “Being around immigrants and other cultures made me want to know more about the world,” she says. Her mother is French Guadeloupean, Lena McLorin Salvant, founder of the French-American School in Miami, while her father, Alix, a physician, was born in Haiti.

“My father had a nice singing voice and he took piano lessons when he was young, but I don’t really have musicians in my family.” There was always music, however, playing in the house, from French music to classical to blues, she recalls.

She’s been compared to the female jazz greats like Bessie Smith, Ella Fitzgerald, Sarah Vaughn, and Josephine Baker, but Salvant didn’t have aspirations to be compared to any of them. She says when she was 13, she wanted to be a classical singer.  After graduating from Coral Reef High School, she wanted to have a “sabbatical year.” Not one to take a break from anything, she moved to France, and enrolled at the Darius Milhaud Conservatory of Music in Aix-en-Provence.  “I went to a conservatory and a political science prep school at the same time.” Music won out over law school, and jazz over classical, when she “met all these people who were passionate about jazz. That’s what changed my trajectory.”

Her first real explosion onto the jazz scene was in 2010 when she won first place in the Thelonious Monk  International Jazz Competition. Still living in France, she competed in Washington, D.C. After her win, she said, “I’d like to go learn with some Americans, and speak English, and do that whole thing and be in the States for a while.”

She moved to New York in early 2012, and in 2013, she was  nominated for her first Grammy Award for her album “Woman Child.” The title song of the album is the first original Salvant wrote. “You hear stories about people writing their first song when they’re 12 years old. I was 21.”

When Artemis played together at the 2018 Newport Jazz Festival, critics and fans were awestruck by the range of songs from the collective, who performed everything from the Beatles’ “Fool on the Hill” to Stevie Wonder’s  “If It’s Magic,” to Billie Holiday’s “Lover, Come Back To Me.”

So, what will the Jazz Roots’ audience, and Salvant’s mother and father, who the singer says won’t miss their daughter’s hometown performance, hear?

“I have no idea,” she says. “When we do a gig together, we decide on the set that day.”

Like Salvant herself, her character, and her song stylings, no doubt, she and Artemis will be perfectly spontaneous, and completely captivating.