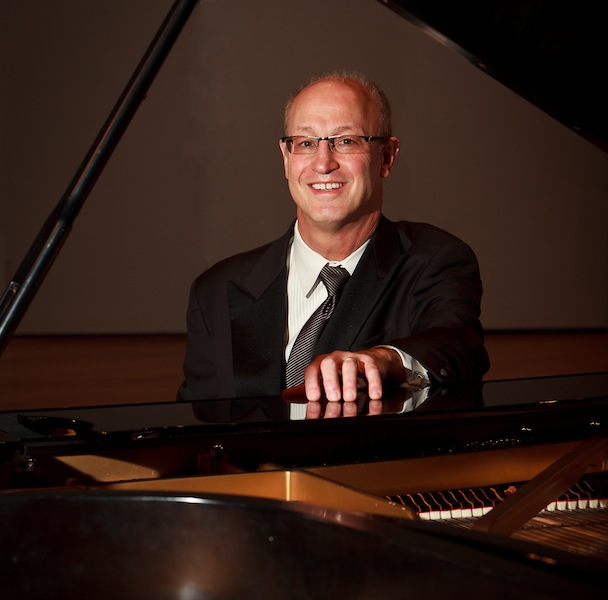 Many were skeptical when Jazz Roots, a concert and educational series, was launched at the Arsht Center for the Performing Artsin 2008. Even Larry Rosen, who had moved to the area from New York in 2000 and co-founded the event with the Arsht Center, once talked about how “anyone who’s in the jazz business knew that Miami was not a jazz market. So when I came here, I certainly knew what to expect. But you don’t really understand Miami unless you live here.”

So he got to work. A very successful musician, producer, record label owner and entrepreneur, Rosen certainly had experience at going where more timid souls dared not tread, going all-in on the digital revolution in the early 1980s (founding the all-digital GRP record label with composer, arranger and pianist Dave Grusin) and, a decade later, anticipating iTunes with his online music retailer N2K.

To the concept of a jazz series, Rosen brought to bear his experience with branding, a hard-to-match list of jazz contacts, thematic ideas for programming, and an educational approach to promotion, including interviews with the featured artists broadcast on local radio. The series also established a partnership with Miami-Dade County Public Schools and by now, nearly 8,000 high school students have attended concerts, sound checks and Q&A with the artists.

Miami remains a difficult market for jazz— but Jazz Roots has thrived. (Along the way, the series expanded to performing arts centers in places such as Orlando, Dallas, Indianapolis, Newark, Atlanta and Las Vegas.)
Rosen passed away in October of last year, but perhaps there is no better tribute to his talents than a new season of Jazz Roots in Miami, which opens November 4.

Pianist, composer, arranger, producer and dean of Frost School of Music at the University of Miami, Shelly Berg, a longtime friend and collaborator of Rosen and a jazz musician himself, was appointed artistic advisor by the Arsht Center in July. He talked about the challenges of programming and presenting jazz in South Florida and Miami as a 21st century New Orleans.

How do you see the place of Jazz Roots in the South Florida scene?

Jazz Roots is not only a concert series but also 200 kids come to every concert and get to see and talk to the musicians, see the sound-check and attend a master class, so I think in that way it’s a hub for jazz in South Florida. By the time we’re done with the series every year, 1,200 school kids who participate in music get extra training.

The other component is curatorial. You want to excite people about the series, so you don’t want the music to be so esoteric that it turns them off. In terms of programming we just try to do whatever we think might be the most entertaining. We have built a brand that people trust.

How does the size of the hall (2,200 seats) and the entertainment-directed approach frame your programming choices? Does it automatically preclude more challenging, adventurous artists and styles of jazz?

Everything is on the table — but I don’t think entertainment is a dirty word. In [an area] of two million people you can probably find a hundred people to like almost anything. But if you are going to do something for a subscription series, for people who trust a brand, then my filter is not only how great the music is but also how entertaining is it going to be for the audience. The other thing we consider when we book artists is the education and inspiration that they might provide young people. That’s been a cornerstone of Jazz Roots from the very beginning.

How was this season put together — especially being the first one without Larry?

Larry Rosen’s vision for this series was not to just see who was on tour and plug in six dates. For those of us who were at the beginning of this, we knew that there was a vision, and part of that vision was to make something special happen six nights a year in a concert hall so a large audience that are not just your jazz devotees, walk away thrilled and would want to hear more.

The idea has been to curate a six-concert season that had some sort of a narrative and along the way, create something special. The first concert is To Larry with Love, the tribute to Larry. Every year ever since Jazz Roots started, we kick off the season with a curated concert for which we write the script, we hire the artist and create a one-time, it-only-happens-in-Miami event. We also have the Chick Corea and Gonzalo Rubalcaba concert. That wasn’t something that was going around, that’s something we curated.

Branford Marsalis and Kurt Elling had never performed together. … We asked them to come and do this concert for Jazz Roots.

And Steve Miller is a rock star. He can charge for one concert what we have as a budget for the whole season. But he’s coming to Miami because he wants to do the show here. So to the extent that I can do what Larry did, and use our relationships to curate singular events that you cannot hear anywhere else, I will be very happy to do that.

You have a lot on your plate as a musician and educator, why taking on Jazz Roots?

I’m so honored to be able to keep Larry’s vision going. Larry started a jazz record company when jazz was supposed to be dead — and it was huge. And Larry started a jazz concert series in a concert hall when you were not supposed to do that — and it’s been very successful. When 1,800 people walk out of the Arsht Center and say “I’m so glad I went,” you are creating a better world for jazz.