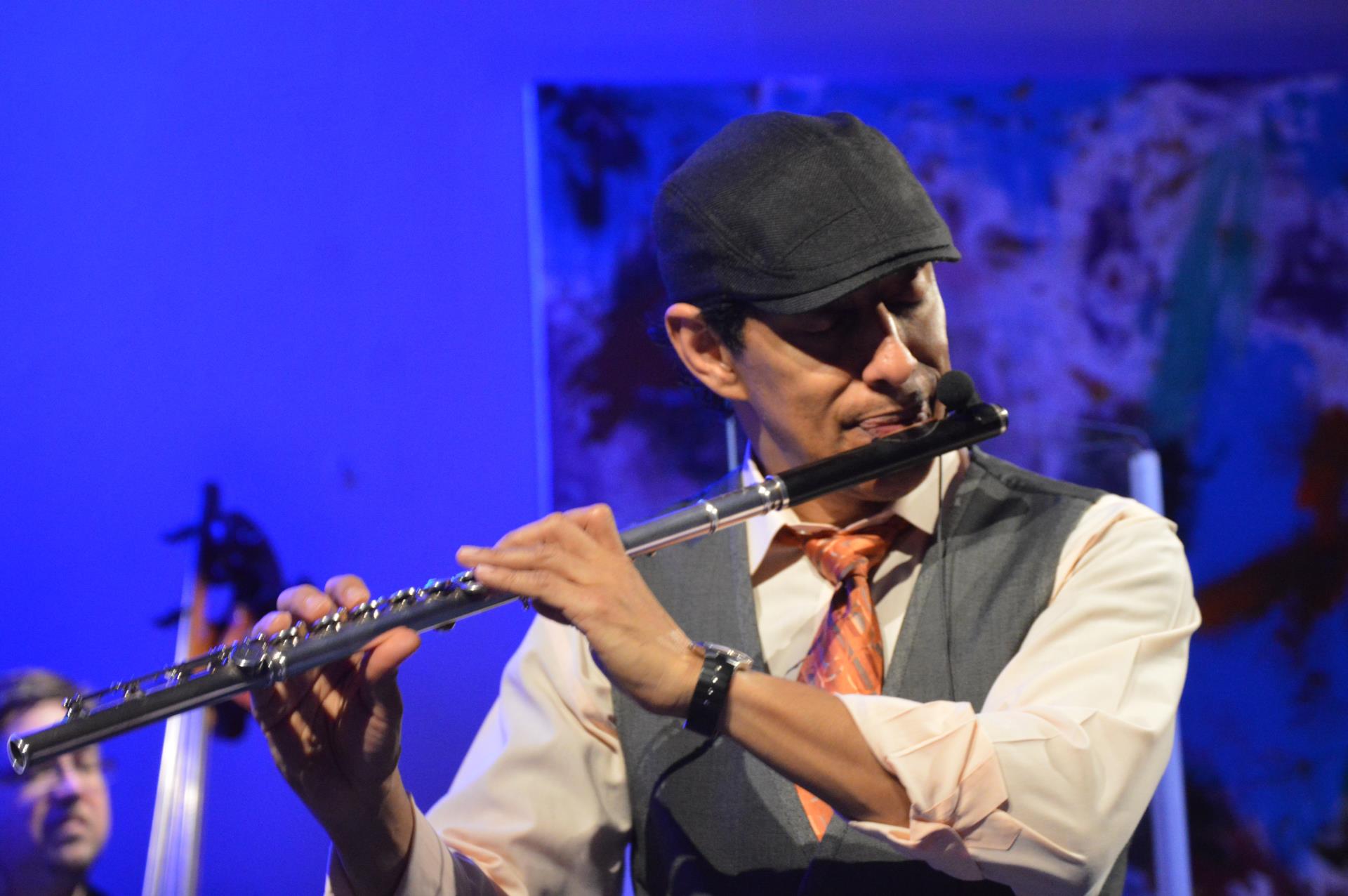 With a mix of large and small ensembles, venerable and younger talent and local favorites, the new season of Jazz at Pinecrest Gardens offers something for pretty much every taste.

From its inception in 2011, the concert series at the open-air Banyan Bowl was crafted for broad appeal, according to Alana Perez. She’s director of the park, which opened as the tourist attraction Parrot Jungle in 1936.

“Jazz has the broadest appeal with the breadth of the different jazz genres you can find,” she explained via email. “There are jazz standards, big band and swing, Latin jazz, straight ahead, fusion, funk, avant garde, smooth… there is literally something for everyone.“

The series opens Saturday, Oct. 19, with a hometown hero, flutist Nestor Torres. Born in Puerto Rico, this Latin Grammy winner has been a fixture on the South Florida scene for decades. In addition to his work as a recording and performing artist, Torres also has been an educator at area institutions.

Delfeayo Marsalis, trombonist and NEA Jazz Master as part of his famous family, takes the stage in December with the Uptown Jazz Orchestra. It’ll be the season’s first big band performance.

“Our audience adores the big band sound,” said Perez. “This is our biggest season so far for big band offerings with three on the schedule.”

The next, in January, is the Harry James Orchestra. Led by Fred Radke, who played first trumpet when the late James was still out front, the band does standards, show tunes and songs from its World War II-era heyday.

February’s star is another local favorite with a global following, singer Nicole Henry.  She came to South Florida from Pennsylvania to study architecture at the University of Miami – and changed her mind after experiencing the joy of performance. As her concert takes place just before Valentine’s Day, she’ll be singing romantic selections from the Great American Songbook.

Trumpeter and composer John Daversa, winner of multiple Grammy awards early this year for his album “American Dreamers: Voices of Hope, Music of Freedom,” brings his progressive big band in March. They’ll do Beatles tunes like you’ve never heard them before, unless you’re familiar with his Grammy-nominated 2016 album “Kaleidoscope Eyes.”

Grace Kelly – not that Grace Kelly, the actress, who died before this one was born – is a saxophonist and composer who sometimes sings, too. Not yet 30, she has recorded nine albums as a leader and wrote her first song at age 7. She’ll take the Banyan Bowl stage on March 14.

Arturo Sandoval wraps up the season in April. Born in Cuba, he was discovered by U.S. trumpet legend Dizzy Gillespie, who ultimately helped him defect him during a 1990 tour. Ten years later came a television movie, “For Love or Country,” based on the life of the multiple Grammy winner.

In addition to the Saturday night concerts, the series offers community members opportunities to watch as students from Miami’s New World School of the Arts work with the master musicians. John Clayton, Marsalis, Kelly and Sandoval will participate before or after their performances.

“These unique mentorships allow aspiring musicians from South Florida to learn directly from and play alongside jazz greats,” Perez said.

The Jazz at Pinecrest Gardens series begins Saturday, Oct. 19 with Nestor Torres. He’ll perform at 8 p.m. in the park at 11000 Red Rd., Pinecrest. Tickets are $45 and $50 and are available by phone at 877-496-8499, or here: https://tickets.completeticketsolutions.com/PCG/Online/mapSelect.asp

The park offers a pre-concert meal with full bar starting at $30; dinner reservations must be made three days in advance by calling 305-988-5089.