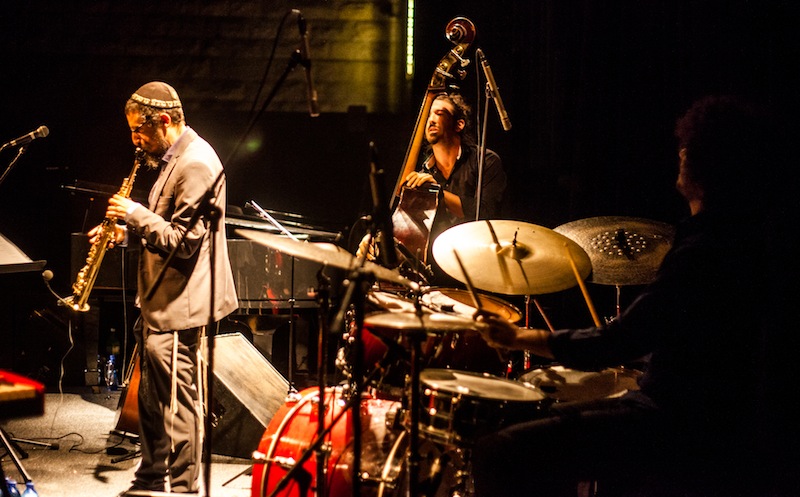 Jazz is America’s musical gift to the world, which has seasoned it and given it back in many forms. One of them might be described as “Jewish Jazz.”

That would be the contribution of Israeli-born saxophonist and composer Daniel Zamir, who performs in South Florida for the first time on Saturday. His quartet headlines the culminating concert of the Miami Beach Jazz Festival, which has as its theme “A World of Jazz.”

U.S. jazz legends Charlie “Bird” Parker and Ornette Coleman inspired Zamir, one of the premier artists on the burgeoning Israeli jazz scene, as a youngster. “Bird is my first and most fundamental influence as a saxophone player,” he said via email. “Bird invented his very unique language and actually changed the history of jazz with that. What blew me away was the extraordinary sophistication together with an unbelievable comfortable swing feel and independent thinking. Up ’til today I catch myself quoting Bird on a solo here and there.”

As a teenager, Zamir said, he got interested in avant-garde jazz. That’s how he discovered Coleman, whom he considers one of the most important musicians ever. “Ornette is one of the best examples for a musical innovator that made up his own style and approach to the music. What I love about Ornette is that he really comes from Bird and takes Bird to a completely new place.”

Zamir didn’t make up the name “Jewish Jazz.” He says he doesn’t care much for musical labels but does appreciate that one. “I never pre-conceptualized it but I guess the way our music is built is that you have the theme, which is usually very Jewish/Israeli/Mid-eastern oriented. And then we improvise over the structure of that theme in a way that really comes from jazz,” he explained.

“I started to compose these Jewish melodies when I was living in New York City, still not religious, and had no idea why these compositions come out that way. I called them ‘ethnic’ or ‘world music’ but (multi-genre composer and instrumentalist) John Zorn was the one who first called what I was doing “Jewish music”… so I took his word for it and went on calling it that myself.”

Zamir recorded his first album, Satlah, for Zorn’s Tzadik label in 2000. He now has 12 albums to his credit, has toured with the Jewish reggae artist Matisyahu, and has become religious. “For me, playing music resembles prayer in a lot of ways. I try to let go of myself and my ego when I play and just to connect to G-D, to let Him play through me instead of me trying to play,” he said. “I found that when He plays, the music sounds much better!”

On Sunday, Zamir’s quartet will perform once more in South Florida, at the Israeli Jazz Concert in Aventura.

The Daniel Zamir Quartet plays on Saturday, Jan. 30, at the third annual Miami Beach Jazz Festival at 7:00 p.m., the Olympia Theater, 174 E. Flagler St., Miami. General admission is $45; VIP tickets are $150 and include open bar, valet parking and gift bag. Tickets can be purchased online at miamibeachjazz.com or by phone at 305-372-0925.