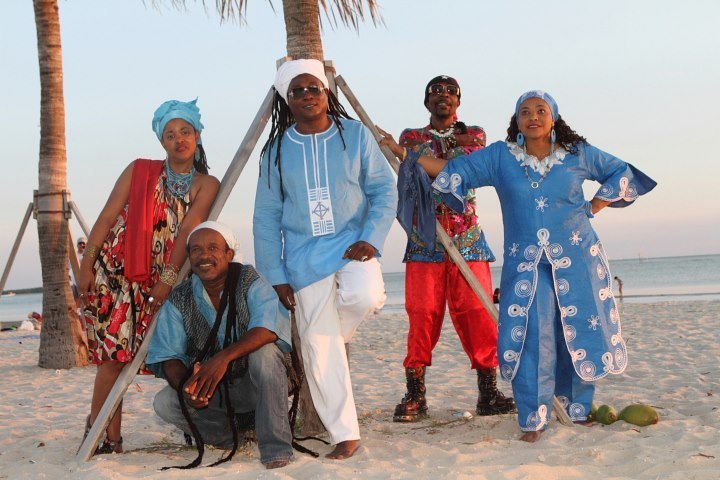 A band with roots in Brazil, Canada, Cuba, Haiti and the United States will perform Saturday in Miami to support a new-to-our shores international jazz festival. Haiti Jazz Foundation USA presents Port-au-Prince International Jazz Festival Expo 2014 in Miami this week. It culminates in a pair of concerts at the Little Haiti Cultural Center.

The first is a ticketed fundraising event at 6:00 p.m. featuring the seven musicians of the United International Jazz Band. Most of them have played at the festival in Haiti, established in 2007. At 8:30, the second show stars the popular Haitian roots-music band Boukan Ginen, with some of the jazz musicians from the earlier performance. Admission to that is free.

“We do it here in Miami as we do it in Port-au-Prince, ticketed concerts help us offer free concerts,” the foundation’s Milena Sandler said. “In Port-au-Prince, we have — out of eight days of festival — three ticketed days, five free.”

Performing in Saturday’s first show are multi-reed player Jowee Omicil — born in Montreal to Haitian parents, he released the album Naked earlier this year; and bassist Don Wilner, well-known to South Florida jazz audiences for his work as musical director at Soyka and at Van Dyke, the Lincoln Road jazz hotspot that closed in January.

Also on stage will be Joel Widmaier, a founder of the legendary Haitian band Zekle, and Beatriz Malnic of Brazil, who specializes in singing bossa nova and samba. The band also includes Cuban-born-and-trained saxophonist Felipe Lamoglia, who has worked with Arturo Sandoval; Chardavoine, a Haitian-born guitarist fresh from an appearance at the Arts Garage in Delray Beach; and Harvel Nakundi. A young drummer, Nakundi, is making a name for himself after studying at the New World School of the Arts and Miami-Dade College.

In addition to Saturday’s concerts, the expo features a photo and video tribute to the late Toto Bissainthe. An actress, singer, and writer who spent years in exile from Haiti, she was a co-founder in 1956 of the first black acting troupe in France, Les Griots. Much of her work focused on the lives of working-class and poor Haitians.

This is the first time Haiti Jazz Foundation USA has staged such an event in Miami. But according to Sandler, it’s just a beginning. They plan to do it again in Miami as well as in New York, Boston, Washington, Montreal and Paris — all in support of the International Jazz Festival of Port-au-Prince. The ninth edition takes place in January on the island; Branford Marsalis and Lionel Loueke played at the last one.

“The theme of the event is, help us make the Port-au-Prince International Jazz Festival the best jazz and creole jazz event of the Caribbean,” Sandler said of the expo. “By this we mean that in order to be a renowned event, we need names, and names cost money.

“We want tourists to want to come visit our country through this festival, but for that to happen, we also need a couple of renowned jazz artists to be part of the lineup.  The fundraising will help us achieve that.”