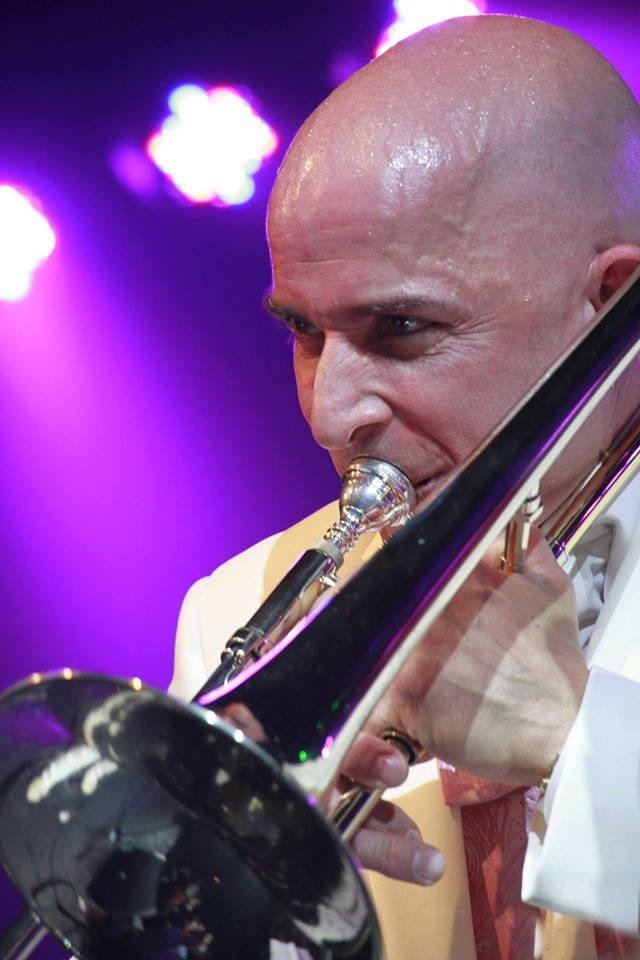 Now in its second year, the three-day The Miami International Jazz Festival is a welcome addition to what is becoming a solid, very active jazz scene in South Florida. The festival is the brainchild of veteran producer Arturo Campa, whose work with Latin jazz in South Florida includes concerts at the Colony Theater, events such as the Latin Jazz Festival (1995-1997) at the Olympia Theater at Gusman Center downtown and also the documentary Cuban Jam Session, which captures a live 1990 show in Miami he produced, featuring a historic ensemble comprising figures such as Israel “Cachao” Lopez, flutist and bandleader Jose Fajardo, and saxophonist Jose “Chombo” Silva.

A former singer with Latin jazz pianist Eddie Palmieri — he worked with the bandleader for five years, appearing in albums such as Justicia, Superimposition and Live at Sing Sing — Campa pulled in for this event both new, young talent and also some colleagues from his salsa heyday in New York City.

Campa discussed the festival as he was finalizing the preparation for the event.

What moved you to start The Miami International Jazz Festival? Was it a personal need or were you attracted by what seems greater interest for jazz in Miami?

Campa: (Laughs) Personal? No, I really don’t need the headaches. It’s just part of my evolution as presenter. I’ve been producing events in Miami for awhile. Only now I’ve created a different structure, a non-profit organization, because the idea is to eventually, with the earnings from the festival, fund an independent music school for our Idle Hands program. We want to offer to young people an alternative path to gangs or a life of crime. That’s the long view of this project.

Jazz is such a broad term. What was the criteria to select the program for the festival?

This year we address several different sounds, different styles of jazz — jazz trio and big band, straight ahead and Latin jazz. It’s not something we may be able to do every year, but we want to feature all styles of jazz and we hope that, in time, we will.

Saturday’s session features an intriguing one-time-only all-star ensemble. How did it come about?

That was my idea. These are great individual musicians that I brought together as a group. Some, like [master timbalero] Orestes Vilató or bongocero Johnny “Dandy” Rodríguez are colleagues from the heyday of salsa, when they played with [bandleaders] like Ray Barretto and Tito Puente and I was with Palmieri. We would hang in the clubs we played in those days, and I know it sounds like a cliché but it was a great big family. And then I called on people like [trombonist] Jimmy Bosch who are tremendous musicians.

And then the festival mixes up-and-comers and well-established musicians such as Martin Bejerano, who not only leads his own trio but works regularly with drummer Roy Haynes.

Yes and Emmet Cohen is a tremendous talent, and the most recent time I heard them convinced me that he deserved being featured at the festival. We have the University of Miami Frost Concert Jazz Band with baritone sax Ronnie Cuber, a true star of his instrument.

The Miami International Jazz Festival takes place from Friday, May 1 through Sunday, May 3, at various locations and ticket prices: