III Points Music Festival is back with locals Pirate Stereo, Ms. Mada and others 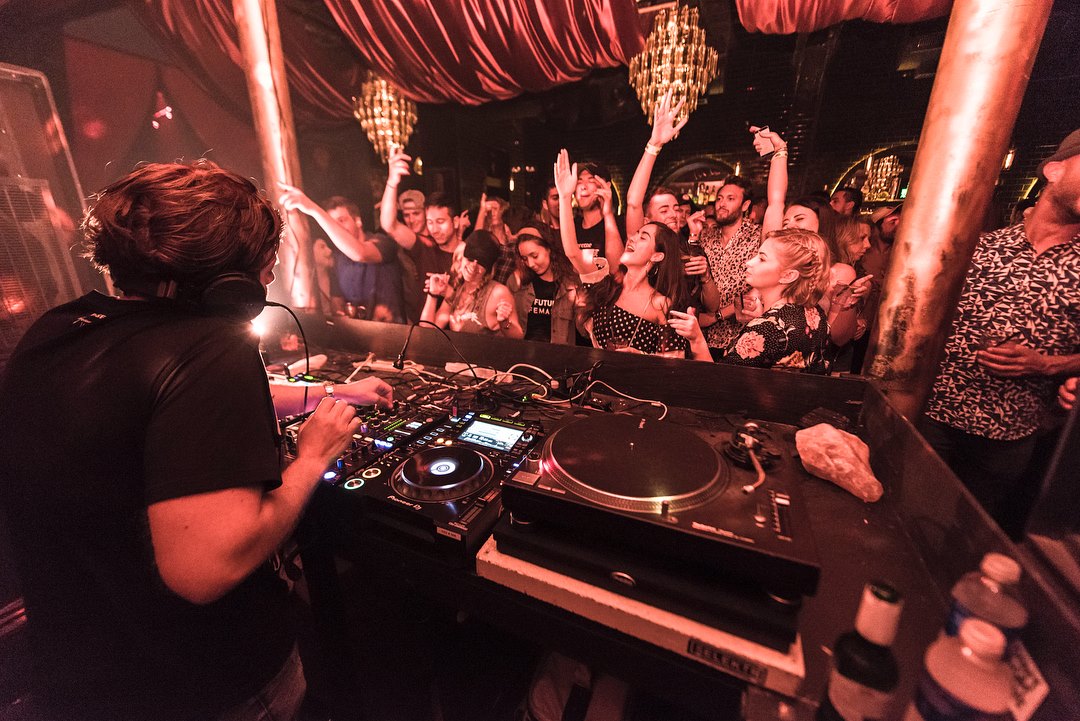 But don’t let all this star power obscure the true vision of III Points: It’s all about the locals.

The primary mission of the festival is to help boost the South Florida music scene by bringing in established acts that will attract thousands of fans, and pairing them with like-minded local musicians to give them exposure they otherwise could only dream of.

“We try to put together lineups that are pretty much 50 percent locals that deserve to be on a festival and deserve to be playing in front of thousands of people, and then 50 percent acts that haven’t come here properly, or haven’t come here at all,” says David Sinopoli, co-founder and music director of III Points LLC. “I can have a couple thousand people there waiting to see Flying Lotus or Herbie Hancock, and put right before them a local band that has similar sensibilities or sound, and is really talented. And then, people will be like, ‘Oh, I can see these people four times a year. I should find out who they are and buy their merch and tell my friends about it.’ And that is the infrastructure, the rest of the year-round stuff that we work on tirelessly, to try to keep building.”

It’s not as easy as it may sound. The Miami area has been notorious for presenting unique obstacles to nurturing a successful music scene, whether geographical, weather-related or caused by good old-fashioned apathy.

“I’ve heard a lot of complaints from local musicians that Miami wasn’t set up for them to live here and work and further their career here, and they had to move to New York or L.A.,” says Sinopoli, who booked musical talent at the Midtown hipster haven Bardot for seven years before it closed in 2017. “We weren’t getting bands in town, and we still have a lot of acts that never come to Miami. Getting down all the way to the bottom of the state and then coming all the way back up is quite a trek.”

Even more disruptive was the annual threat of a hurricane strike, which made the festival’s autumn date a yearly gamble against fate, and finally prompted the III Points crew to move the event from October to February this year.

“That was really difficult, being in October with the hurricane season,” Sinopoli says. “We had LCD Soundsystem [booked in 2016] and were banking that all of New York was coming, and then Hurricane Matthew looked like it was gonna hit us, and Florida was declared a state of emergency. We had a lot of cancellations in 2016.”

When the historically powerful Hurricane Irma bore down on the area in September 2017 and effectively killed ticket sales, the risk became too great, and III Points skipped the 2018 fall season.

“We moved — we’re in February now,” Sinopoli says. “And it’s not like starting a festival again, because we have the clientele and we know what we’re doing, but moving to another date is like a restart in a lot of ways.”

One happy coincidence of the new date involves one of III Points’ most enduring and popular local acts, Pirate Stereo (real name Eyal Agai), a Berklee-trained DJ, producer and promoter whose weekly Slap & Tickle event at Bardot was a highlight of the scene for many years.

Pirate Stereo also books the musical talent for the Bahidorá festival in Mexico that’s happening the same weekend as III Points. But rather than creating conflict, the synchronicity offers a new opportunity.

“It’s the first time that Dave and I can kind of take advantage of that and share artists,” says Agai, who takes the III Points stage on Friday to spin his blend of progressive house beats. “So [alt-R&B/electronic artist] Blood Orange is headlining Bahidorá on Saturday and coming to Miami to perform on Sunday, and I think that’s who’s really gonna steal the show.”

Having been immersed in Miami nightlife since his arrival in 2010, Agai has his finger on the pulse of the scene as much as anyone. And he sees events such as III Points as an important step forward for its development.

“What’s cool about the festival is how it’s stayed true to its vision,” Agai says. “From day one, it was just to offer something that people around the scene at that time were asking for. Miami at the time was still very EDM-driven. All good, whatever you like is what you like. But there was this big demand for underground talent and something a little bit different from what was available. That was the vision then, and I think it’s stayed true to that now. The lineup is not cookie-cutter, and it’s not generic, and I think that’s what people respond to.”

Another great act on the III Points bill is DJ/producer Ms. Mada, real name Rachel Tumada, who will spin Saturday on the Boiler Room stage and whose skills led to her becoming the first female member of the powerful promotion group LinkMiamiRebels.

Tumada went from being a club kid to landing residencies at Treehouse, Story and Electric Pickle, and currently Trade and Space.

“I had always been a fan of electronic music,” Tumada says, “listening in high school and then going to Ultra, going to the festivals, and then eventually I was old enough to go to the clubs, and it was just a natural thing for me to want to learn what the DJs were actually doing. I wanted to become the person behind the decks playing the music for the people.”

So Tumada honed her craft at, of all places, Guitar Center, and picked up the skills very quickly.

“Practicing at Guitar Center definitely helped,” she says. “They had a setup, and I used to go there every day and properly learn how to play. It’s gonna sound crazy, but 10 years ago I was on the terrace [at Space], and I forget who I was telling this to, but I said, ‘One day, I’m gonna be playing here.’ But I never thought I would become a resident.”

As impressive as the music lineup is at III Points, it’s far from the only draw for fans.

“We spend a lot of our budget on the atmosphere in which you listen to this alternative music,” Sinopoli says. “So we work in conjunction with a lot of local artists, collaborations with people who are also pushing forward the art scene and helping it to grow.”

Tumada, who counts skateboarding among her list of talents, adds: “Yeah, it’s a music festival, but other than that, they have a lot of art and a lot of engagements from the audience. For example, this year they incorporated a skating rink, which is probably where I’m gonna spend a lot of time — that’s really sick. And they have these really cool installations that are interactive, so if you touch the light it will interact with you.

“So it’s not only a festival where you come and see performances — there are things that you can play with. You’re a kid in a playground.”