Idan Raichel: A Soundtrack For Israel 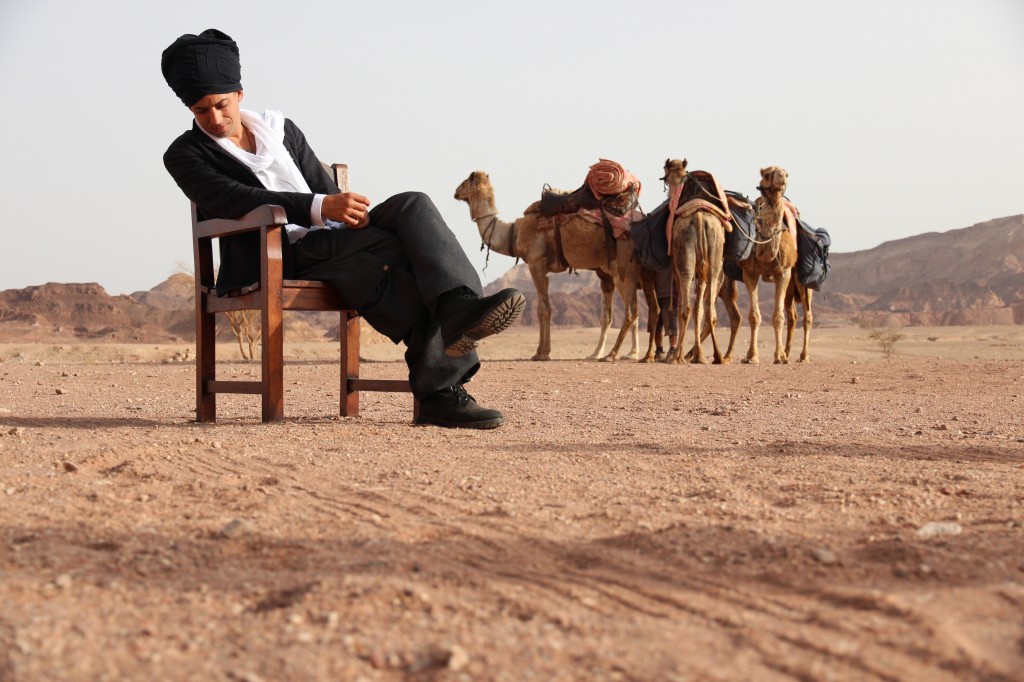 Idan Raichel has begun to believe in the impossible. Speaking by phone from Tuscon, Ariz., on the first day of a month-long international tour, the singer, songwriter and pianist is amazed at how far he has come from the small town outside Tel Aviv where he grew up. “It doesn’t even make sense,” Raichel observes after reeling off a list of his collaborators and appearances over the past nine years. In that time, the Idan Raichel Project has recorded music mostly written and produced by Raichel and performed by more than 95 singers and musicians. He marvels at having recorded a 91-year-old cantor for the first time in his long career and at bringing back to the stage 86-year-old Israeli-Yemenite singer Shoshona Damari after a 25-year hiatus, just before her death in 2006.   IRP has also introduced to mainstream Israeli radio what he calls the “voices of minorities” — of his compatriots with Middle Eastern, African, Latin American and Mediterranean roots. “Bo’ee,” his first hit, in 2003, delivered a chorus in the Ethiopian language of Amharic. A later hit was the first song featuring an Arab Palestinian singer to score airplay on Israel’s popular army-run radio station. Though the majority of IRP’s music is in Hebrew, these other languages represent Israel for Raichel as well.   “The Idan Raichel Project is the soundtrack of Israel the way I want it to be and the way I see it right now,” he says.   Raichel is amazed that this approach has not only made him one of the most popular artists in Israel, but has led to gigs as diverse as performing for orphan children in India and for President Obama at the Kennedy Center in Washington, D.C. This, Raichel says, has led him “to know that probably every thing is possible.”   As appealing as Raichel’s ideals may be, the music itself also goes a long way to explain his project’s appeal. He has a calm, gentle voice and his songs induce something like a pleasant melancholy. Nearly every song could be addressed to a lover — or to a member of an alien culture. Every song is an invitation to know each other more deeply or an expression of regret at losing each other.   “We don’t try to sing in a very naïve way about peace and ignore the reality that we live in,” Raichel explains. “We are trying to bring the artists to the studio to play together. No matter if the members have a heavy disagreement about politics, they leave everything aside when they go on stage and they go into the studio.”   Raichel’s openness to collaboration has aesthetic as well as political pay-offs. On IRP’s most recent album, Quarter to Six (2013), a Portuguese fado singer joins Raichel on the heartrending duet “Deus Sabe” (God Knows) about yearning for a lover who left, over lilting arpeggios on Portuguese guitar. Palestinian-Israeli singer Mira Awad delivers a stirring, Middle Eastern rock anthem with “Ana Ana wa Enta Enta” (I Am What I Am). From war-torn Mali, singer Vieux Farka Toure pleads for a lover not to leave him alone again on the lovely, almost-lullaby, “Mon Amour” (My Love).   These artists will not appear with Raichel on tour. But the musicians who take IRP on the road are equally international, and as likely to hail from countries fraught with violence, such as Ethiopia, Morocco, Sudan, and Brazil. Raichel believes cultural exchange is the answer to that violence.   “The most important thing for your readers to know is that before you sign a peace agreement with your enemy, you should consider him as a neighbor,” Raichel explains. For Americans, he says, that would mean getting to know the cultures of places like Afghanistan and Iran. “The most important thing is to get to know their culture their food, their art,” he continues. “The most important thing for Israeli youngsters would be that they will be able to sing three Palestinian songs.”   IF YOU GO WHAT: The Idan Raichel Project WHEN: 8:30 p.m., Thurs., Oct. 17 at the WHERE: John S. and James L. Knight Concert Hall at The Arsht Center for the Performing Arts. Tickets: $35-$150; 305-949-6722; www.arshtcenter.org A version of this story appears in the Miami herald. PHOTO CREDIT: Eldad Rafaeli