Please don’t stop the music: How South Florida musicians are getting by during the crisis 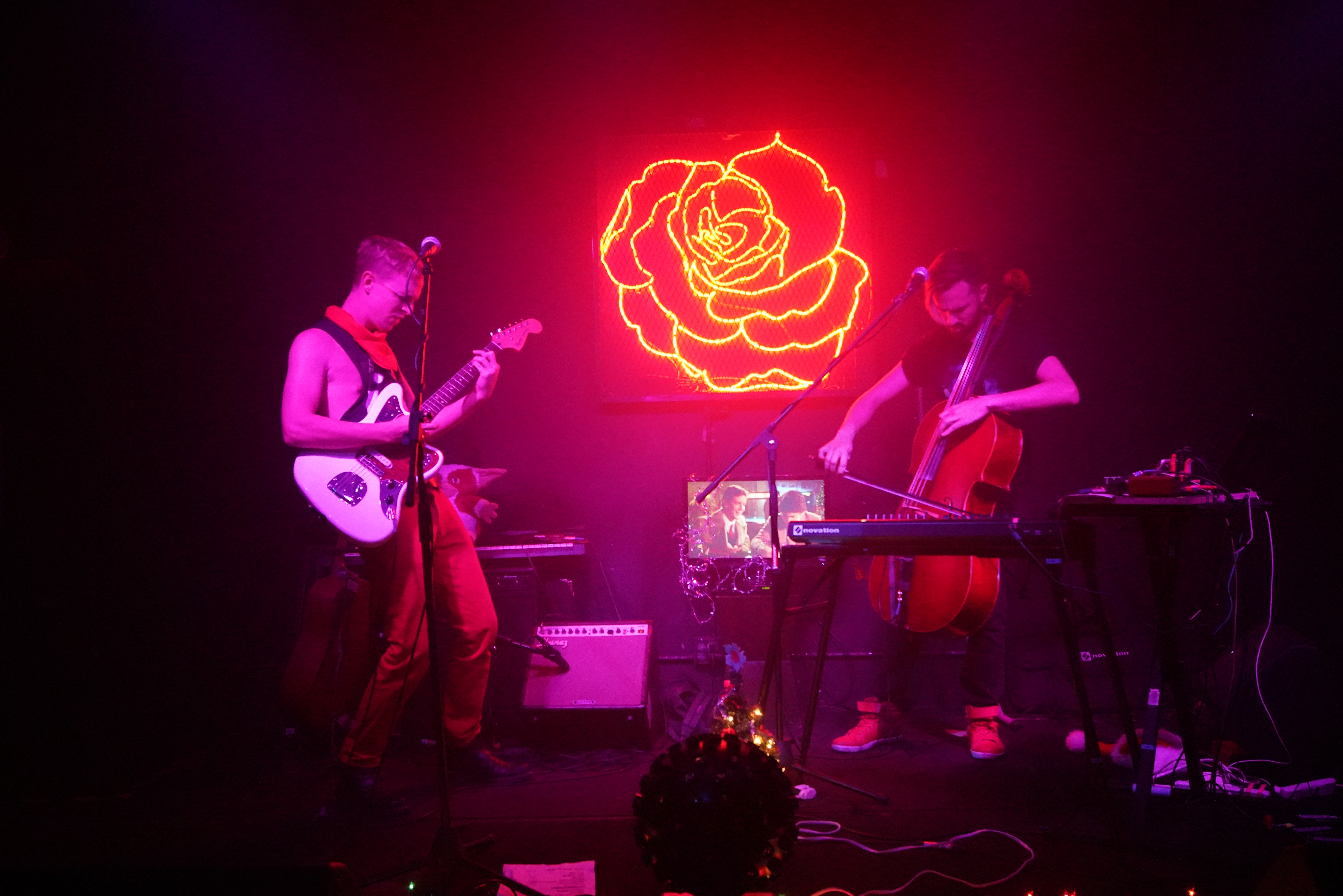 Singer-songwriter-guitarist Jay Thomas and cellist-keyboardist Oscar Quesada will be performing April 16 as part of The Rhythm Foundation concerts at the Bandshell. (Photo courtesy of @danny_beard)

Don’t worry, South Florida, our local musicians have no intention of doing so.

Even as the coronavirus crisis has forced an indefinite, global shutdown of clubs, arenas and concert halls, performers from every genre – pop, rock, jazz, Latin, R&B, electronica and even classical and opera – are finding ways to bring intricate melodies, inspired harmonies and funky beats to their fans.

Virtual entertainment has become our new reality, indefinitely, and for the most part, it’s free of charge.

Some examples: The New World Symphony is streaming previous concerts and master classes, with new commentary by artistic director Michael Tilson Thomas, plus live broadcasts from NWS Fellows from their own homes. The University of Miami’s Frost School of Music is offering “Live at Home in the City Beautiful” concerts by students, faculty and alumni on the city of Coral Gables’ Instagram page.

The Florida Grand Opera has launched its “FGO GO” Virtual Opera Experience, which shares performances and interviews. Arts Garage is rolling out “From Our HeARTS to Your Home,” a virtual series that includes live music performances, classes, poetry, comedy and more.

The Adrienne Arsht Center for the Performing Arts aims to inspire creativity with “Arsht@Home,” featuring educational and entertaining content designed to keep the community connected. The Rhythm Foundation is continuing to present live concerts from the North Beach Bandshell on its Facebook page, only with no fans in attendance.

And countless deejays are spinning dance sets from their homes for all to see.

“When people are doing their live feeds, it’s a good outlet not only for the artist, but also gives some semblance of solace for the fan base,” says Carmel Ophir, who for the past 30 years has been a vital and influential figure in the Miami music scene, as a deejay, club owner, nightlife visionary and enthusiastic fan. “They actually see someone deejaying in their own home, in their bedroom. [British deejay] John Digweed is a good friend of mine, and he’s done three or four Saturday night sets – he calls it ‘Live From the Bunker.’ I think they are very positive outlets for both sides.” 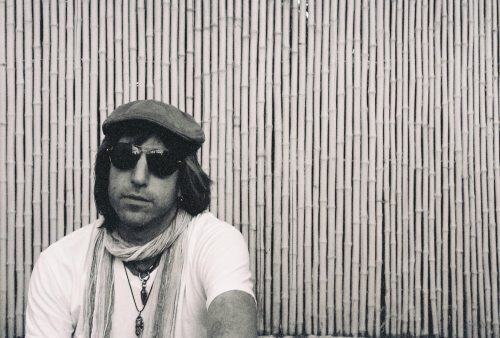 Carmel Ophir has been a vital and influential figure in the Miami music scene for the past 30 years. (Photo courtesy of Carmel Ophir)

It’s both sobering and compelling to think that these types of online celebrations were unimaginable even 20 years ago.

“We’re very fortunate that we have the connectivity of the internet,” says Ophir, who is perhaps best-known for his late, great club, Vagabond, which he closed in 2014. “We can talk to our loved ones, our family members, our friends, globally, and check in and see their faces, their expressions, how gray everybody’s getting [laughs]. Because imagine if this were a lockdown without cable or internet or Netflix and binge-watching – you’d have the stir-craziness. It’s a distraction, so it somewhat solves the problem of people going out in the street and causing trouble.”

Singer-songwriter and guitarist Jay Thomas will be performing as part of The Rhythm Foundation concerts at the Bandshell. Along with partner Oscar Quesada on cello and keyboards, he will take the stage at 8 p.m. April 16.

“We are going to do a mixture, songs that I think are speaking to the moment, but also hopefully having a little bit of fun,” says Thomas. “It’s been a heavy kind of quest – I mean, I make it heavy on myself. We could just go up there and play like normal-normal, but I want to address the situation and sing to it, and be activated. It seems to be a call to a lot of artists, and it’s kind of needed right now. I feel even as a listener that I want to hear artists speak about what they’re going through, and see what they’re creating in these circumstances, you know?”

The duo’s body of work is melodically rich, cutting-edge and emotional, ranging from indie-pop, folk, rock and electronic, all of which will be represented at the show.

Thomas and Quesada are grateful to still be getting paid by The Rhythm Foundation for their show, but similar gigs are obviously far from a regular thing, and the near future for artists is cloudy at best.

“I feel relatively safe right now, but as this quarantine elongates, I’m going to be looking at what other musicians do, in terms of streaming shows, or trying to increase streaming music plays,” says Thomas. “This has only just begun, it seems, so as a community, we’ll be figuring out how to best keep afloat as artists together.” 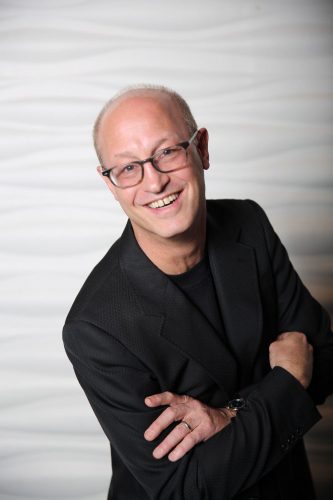 Shelly Berg, who is dean of UM’s Frost School of Music, thinks people will be “more hungry to experience music live again” when the pandemic is over. (Photo courtesy of Daniel Azoulay)

Shelly Berg, who is dean of UM’s Frost School of Music and a Grammy-nominated pianist himself, says the university has to be careful how it spends its money right now.

“We’re not under a severe financial hardship, but we are needing to cut back on expenses, so that means we risk creating a hardship because we’re not bringing some artists in who were counting on that money to come and perform for us,” he says. “I worry about that a lot, but there are organizations that help them, [such as] Musicians Foundation and MusiCares and others. Those of us who are more fortunate right now, I hope they’re all helping those organizations help musicians.”

Berg mentions a former student of his, pianist Emmet Cohen, as another example of how musicians can survive.

“We live in a world where your best career strategy is to curate and maintain an audience that will be loyal to you,” Berg says. “[Cohen] is giving a concert every Monday night from his apartment, and I went online to see the concert, and there were a thousand people watching him. And they were all texting in asking, ‘How do we donate?’

Another way to get by is to keep creating. Thomas and Quesada are self-quarantining with Thomas’ sister, Zjolie, a singer who in February released the freestyle-esque single “Miami Girlz.” The three are working on a three-song EP inspired by the coronavirus crisis.

“We’re working on music, so luckily we’ve got something on our hands to do,” Thomas says. “The challenge is to release this music fast, so that the lyrics are right here, right now, but also to make sure we put enough work into the music itself, so that it sounds good.”

Artists performing shows with no visible fans wasn’t uncommon before the pandemic, but having safety be the reason is something entirely new.

“We’ve done closed-studio performances before, so it’s not gonna be completely alien,” Thomas says. “But the circumstances are gonna be what makes it feel different – nobody is allowed to come. So in a way it’ll be similar to playing on the radio, that kind of stuff, where you know people are out there listening, but I think it’s more intense than that. People are listening, and that’s the only thing they’re able to do – it’s a little bit like ‘War of the Worlds’ on the radio, you know?”

While we wait for a return to normalcy, Berg has a message for art-lovers everywhere.

“I hope people become much more attuned to how much they need music during this pandemic, because it’s going to be one of the things that they really turn to, and they’re going to be more hungry to experience music live again when it’s over,” he says. “I know the first time I’m back out in public playing will be a great joy for me.”