How guitarist Rachelle Coba got the Miami blues 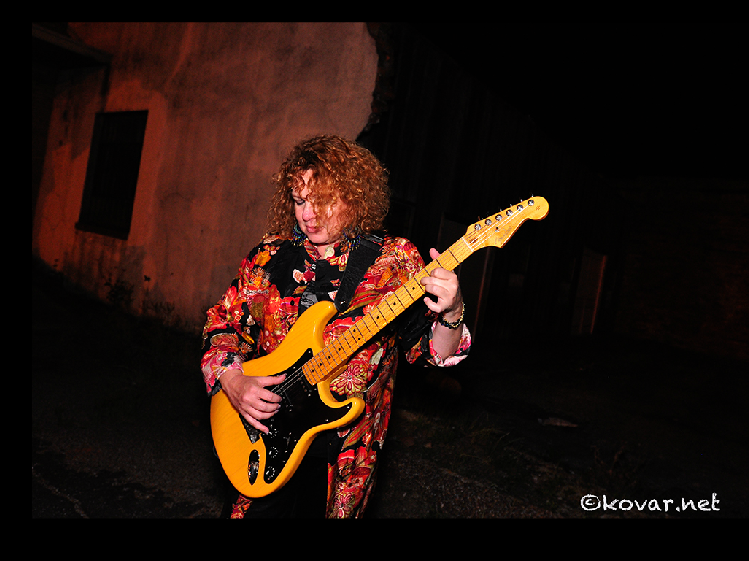 Blues guitarist and singer Rachelle Coba has logged miles in her musical career playing venues and clubs from Chicago to New Orleans and everywhere in between. In May, she’ll tour Spain and France, then, in June, there are shows in Australia.

The South Florida musician has performed with some of the biggest names in blues, too, touring with Coco Montoya, Johnny Winter, Super Chikan and Grady Champion, to name a few. Give her an outdoor festival such as the South Beach Jazz Festival, which she played this past June, and she’s in her element.

“What I do like is playing the free outdoor shows, because when you’re playing a nightclub or at a ticketed concert hall, it’s a different group of people,” Coba says.

She’s booked this weekend for two free-admission, outdoor shows. On Friday, March 29, at the Museum of Contemporary Art North Miami (MOCA), Coba and her band will perform at the museum’s free outdoor monthly jazz series. Then, on Sunday, March 31, the Global Arts Project and the Collins Park Neighborhood Association will present Artscape in Collins Park with Coba and her band as the featured headliner.

“I see the looks on people’s faces at these shows,” she says.

Coba recalls a photograph taken of her performing at just such a concert in New Orleans: “In the photo, you could see this gentleman in the audience watching me, and he had this delighted look on his face.” She’s seen that look before. “That was the first time he met the blues,” she says, with a laugh.

The first time she met the blues was on her 15th birthday, when her mother took her to a blues-rock show in Wichita, Kansas, that featured legends Lonnie Mack and Stevie Ray Vaughan. It just so happened it was the same day she got her first guitar. “Karmic,” she says.

Coba was born in Fond du Lac, Wisc., to an American mother of Irish and Swedish heritage from Wichita, and a Cuban father who was originally from Havana. “He was one of the Pedro Pan kids,” she recalls. “It was the largest exodus of children out of Cuba at the time. My dad was 13.” Between 1960 and 1962, the program airlifted more than 14,000 Cuban children from Havana to the United States, made possible by a deal a Miami priest worked out with the U.S. State Department.

It gave the family a kinship to Miami. When Coba was 7, her family relocated from Chicago to Miami. When her mom moved back to Wichita, she took Rachelle with her.

“Funny,” Coba says, “I ended up living in all the places I was as a kid. I guess I had to revisit them as an adult.” Her stop just prior to returning to South Florida four years ago was Wichita. “I went to visit my mom and got a gig on the road and stayed for 10 years.” It’s also where she started a blues-in-the-schools program. “It’s still going strong there,” she says.

But it’s Miami that she says is her “musical hometown.” And it was a twist of fate when she applied to study music at the University of Miami that ended up solidifying her relationship to the guitar.

Set on studying violin in college, Coba sent her audition tape to UM. “The tape got lost, so they wrote to me and told me [to] send another one and get it back quickly,” Coba remembers. “My boyfriend, at the time, was a guitar player, so I told him to give me his guitar so I could put that on the end of the tape.”

When they called her to tell her she had been accepted, Coba was elated. But there was a catch. She could attend the school if she switched her main instrument to guitar. She obliged. As one of the only women, if not the only woman in the guitar-classical-performance program, Coba more than committed to the instrument. “I might have not been the best, but I was damn sure I was not going to be the worst guitar player there,” she says.

To get a break from the regimen of playing classical guitar, she’d dabble in the blues. On Monday nights, she’d go to jams at Brickell’s famous Tobacco Road bar, where she began sitting in with blues legends who came through town.

“A lot of the foundation for the style I’ve developed was laid a long time ago in Miami,” she says.

Coba is excited to play songs from “Blink,” her new album of originals, and other blues favorites to the free-admission audiences.

She puts on her educator hat for a moment: “The blues is not only the basics of all American and popular music as we know it. Heck, I got introduced to the blues from rock ’n’ roll. That’s why I love doing shows like the ones I’m doing this weekend. It’s really my way of keeping this musical heritage alive.”