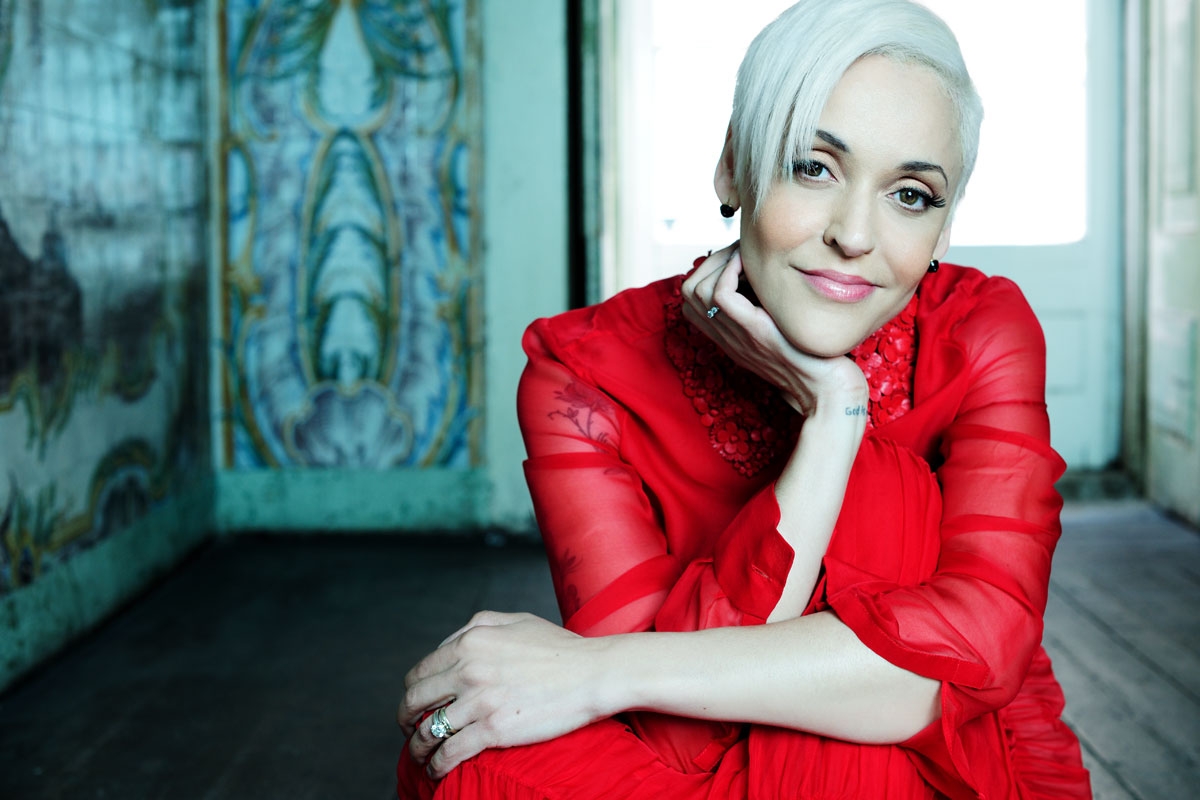 Talk about humble beginnings: Portuguese superstar chanteuse Mariza began singing fado, the traditional music of her home country, in Lisbon when she was 5, encouraged by her father. But she downplays any notion that she was born to perform.

“I don’t think I was good,” says Mariza, who has sold more than a million albums worldwide since releasing her debut album, “Fado em Mim,” in 2001. That album, which Mariza made only after friends urged her to, was a surprise triumph, selling more than 140,000 copies.

The most famous and successful female singer of fado during the five decades before Mariza’s arrival was Amália Rodrigues, known as the Queen of Fado, who died in 1999. Even after Mariza was asked to perform a tribute to her fallen idol, she didn’t expect to have a career as a musician.

“It just happened,” Mariza says. “What made me realize that something could happen was when I recorded my first album, and I had a Dutch company trying to sign me.”

Today, Mariza is the new face of fado, and will take the stage Friday, May 3, at the Adrienne Arsht Center for the Performing Arts in downtown Miami in support of her seventh studio album, titled simply “Mariza.”

Mariza says the album is a departure. “I think all my albums are different,” she says. “If they were the same, something was wrong with me.” She says “Mariza” is “more personal, respective to the words and the lyrics,” and she wanted to come up with a name to reflect that. But finding the perfect title proved a struggle.

“I thought it could be called ‘Love,’ ” she recalls, “because I think human beings all the time are looking for love — independently, or love for lovers, or father and son, or mother and son, or brothers, sisters. Our life is not complete if we don’t have love. And then, it comes to my mind that people are going to think, ‘She is so pretentious, because she thinks she knows everything about human beings and love.’ So I didn’t really find a name. So it’s me. Each of us has our own DNA. I have mine, and that’s me.”

For world-music fans who aren’t familiar with fado, Mariza offers her own perspective on the art form, which by most accounts traces back to the 1820s.

That emotional connection naturally leads to a comparison with American blues. You won’t hear the gritty slide guitar of Elmore James, the gruff voice of Howlin’ Wolf or B.B. King’s smooth, soaring riffs in fado, but both genres share the same raw, melancholy expression that comes straight from the soul.

“You can compare fado to blues,” Mariza says. “It’s very similar, you know? I’m not saying about the rhythm, but I’m saying about the lyrics. The blues have lyrics that talk about life and emotions, and fado does the same.”

Although Mariza embraces a more contemporary style of fado and was invited to collaborate with modern rock artists such as Lenny Kravitz (she sang his hit “Again” with him in concert) and Sting (she accompanied him on the song “A Thousand Years” at the 2004 Olympic Games in Athens), she’s an old soul, musically, citing Nina Simone and Maria Callas as idols.

And while Amália Rodrigues, whom Mariza never had the pleasure to meet, had an enormous effect on her, she wasn’t her primary influence.

“Amália is a big inspiration, but not my main inspiration,” Mariza says, “because my father, who loves fado, never [listened to] female voices. I grew up listening to male voices all the time, and they had a little tavern [in Lisbon], and the female voices that I used to listen to were the live ones, the ‘fadistas’ from the neighborhood. So it wasn’t until my teenage years that I heard for the first time Amália.”

And now, the world can say the same about Mariza.

Mariza will perform 8 p.m. Friday, May 3, at the Adrienne Arsht Center for the Performing Arts, 1300 Biscayne Blvd., in Miami. Tickets cost $35-$95. Go to ArshtCenter.org.