During the final performance of the 2019 Frost Chopin Academy and Festival, pianist Piotr Pawlak is given a theme on which to improvise by Frank Cooper (far left, sitting at desk), the Frost School’s research professor emeritus, musicology. (Photo courtesy of Frost School of Music)

After the death of Polish-born composer and pianist Frederic Chopin (1810-1849), his heart was encased in a jar and sealed in a pillar of the Holy Cross Church in Warsaw. During World War II, the Nazis got their hands on it. When it finally returned to the church, a biblical inscription was added: “For where your treasure is, there your heart will be also.”

As with the story of his heart, conversations about Chopin move between a reliquary-like approach to preserving the composer’s essence and the need to connect him with new generations of students and audiences.

The third edition of the Frost Chopin Academy and Festival, being presented online from July 7-10, straddles these two concepts.

“In the end, none of us can know that much about Chopin,” says Kevin Kenner, artistic director of the Frost Chopin Academy and Festival and assistant professor of piano at the University of Miami’s Frost School of Music. “He was a person of history, and we only have these documents, pieces of paper with scribbles on them, as to how his music should have sounded. But we don’t have recordings of him playing. We are always looking for clues to get at the heart of what can essentially describe his music and his sound world.”

For Kenner, clues about that original soundscape can act as a platform to innovate something new.

“The idea is to understand what is it that is essentially Chopin. I don’t think it is that useful to recreate the actual Chopin, though there is some merit in it,” he adds. “In the end, what I think is most important about the information that is being done on Chopin is to use that to recreate it constantly from generation to generation, to reveal what is essential in Chopin’s sound world.  Not to play the way he did.

“I think the idea of updating is important but to do so in an informed way.”

For this reason, the Frost Chopin event – presented in collaboration with the Chopin Foundation of the United States – combines an academy and a festival.

The academy is for the nation’s top student pianists to hone their performance skills and includes lectures on Chopin and his influence. In the evenings, the festival portion showcases Chopin’s works through performances by his most in-demand interpreters, including 1965 and 1990 International Chopin Competition winners Edward Auer and Margarita Shevchenko, as well as Robert McDonald, a Juilliard School professor and pianist,  and Zlata Chochieva, whose recording of “Etudes” was selected by Gramophone as one of the best Chopin recordings of all time. 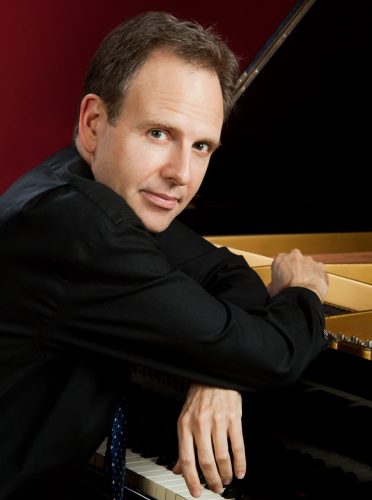 “In the end, none of us can know that much about Chopin,” says Kevin Kenner, artistic director of the Frost Chopin Academy and Festival and assistant professor of piano at the University of Miami’s Frost School of Music. (Photo courtesy of Christian Steiner)

“Chopin was not so interested in showing off his pianistic skill. He was more interested in making it sound like a voice,” Kenner says. “The wrist of the pianist was the respiration of the voice and the lung of the voice. This way of hearing music did impact the future of music. That may be one reason why he stands out from the composer pianists of the 19th century, because he had such a unique tonal aesthetic.”

The issue of Chopin’s aesthetic is key for pianist Sarah Tuan, an incoming Juilliard sophomore and San Jose, Calif., native.

“I have always been drawn to certain types of aesthetic, and Chopin’s music has a very clear aesthetic,” Tuan says. “It is very salon-like. It is very much an image out of Jane Austen’s ‘Pride and Prejudice,’ and I love it very much.”

For Victor Shlyakhtenko, a Los Angeles native and incoming Oberlin College and Conservatory freshman, “Chopin has always been a very big challenge.”

“He is very polyphonic and his work sounds effortless, and this makes it challenging,” says Shlyakhtenko, who’s in his third year attending the Frost Academy and Festival. “His ‘Piano Concerto No. 1’ in E minor was my first piece. I was 13 at that time, and I wasn’t ready to appreciate all the different genres he combined in that work.”

Despite this landscape of competition, Tuan, Shlyakhtenko and Kenner all agreed that the importance of the festival’s social aspect is a key draw for young musicians.

“There is wonderful camaraderie among the musicians,” Shlyakhtenko says. “I think the word ‘competition’ in and of itself is not the best word for what it is. I think it really is a celebration of Chopin’s music.

“Of course, everyone wants to win,” he adds. “But at the end of the day, the competition itself is only a small part of the entire journey. The years of preparation of the repertoire and the discovery together is a huge part of the process.”

WHAT: Frost Chopin Academy and Festival

WHERE: Available via livestreaming, with registration

COST: Free to the public