‘From BeBop to HipHop’ – exploring the Hampton House legacy 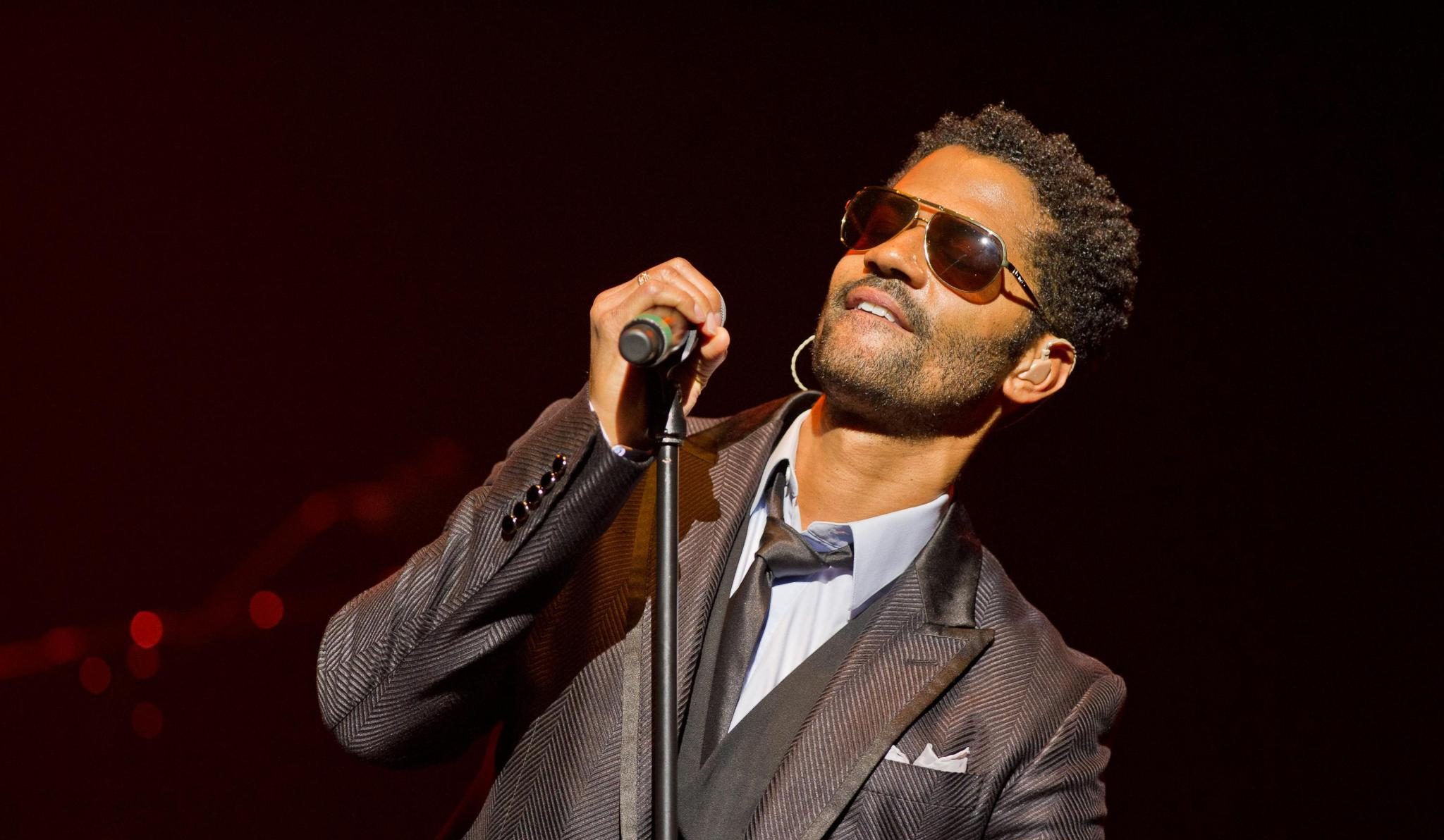 Shortly after the Oscar-nominated movie, “One Night in Miami,” was released on Amazon Prime Video in January, the Historic Hampton House saw its web traffic increase and new faces show up at its door.

Both online and in-person visitors wanted to learn more about Miami’s legendary motel, a place that was central to the plot in Regina King’s directorial debut. During Jim Crow years, the Hampton House was a safe haven for civil rights icons and Black celebrities and tourists. Many learned about it from the “Green Book,” a guide for African-American travelers.

A museum and cultural center since 2015, the Hampton House, located near Brownsville, a historic Black neighborhood west of Liberty City, labored in relative obscurity until “One Night in Miami” came along. Some South Floridians first learned about the iconic site from Kemp Powers’ award-winning play, which ran in 2018 at Miami Beach’s Colony Theatre. But it was the film version, also written by Powers, that reached a far wider audience.

“We went from about 200 to 2,000 hits a day right after the movie came out,” said Jacqui Colyer, who chairs the Historic Hampton House Board of Trustees, a nonprofit that runs the county-owned property. “And we would get visitors all the time, which was difficult because we had been locked down for nine months.”

Now reopened at half-capacity due to the COVID-19 pandemic, the center is ready to leverage the new spotlight that Hollywood has afforded it. Preservationists such as Colyer hope to boost public awareness about Hampton’s role in the history of Miami’s civil rights movement. 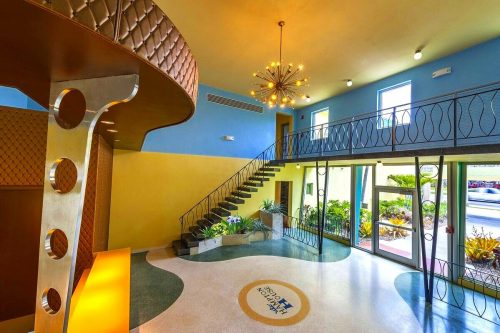 Toward this goal, the venue is launching “From BeBop to HipHop,” a six-concert series that will pay tribute to Hampton’s jazz lounge – also known as “the Cotton Club of the South” – where entertainers including Josephine Baker, Nat King Cole, Nina Simone and Sammy Davis Jr. once performed.

The series opens Saturday, March 27 with R&B and neo-soul singer-songwriter Eric Benét, a multiple Grammy nominee best known for songs such as “Spend My Life with You,” “You’re the Only One” and “Sometimes I Cry.” He is scheduled to perform two dinner shows – at 6:30 p.m. and 9 p.m. – in the venue’s open courtyard, with socially distanced tables and limited pod seating, mask-wearing requirements, and meals curated by local celebrity chefs, according to organizers.

Tickets are available for purchase on the Hampton House’s revamped website, which will be updated with information on the remaining concerts in the series, said Wayne Anderson, director of public relations.

Organizers hope to recreate the vibe that gave the Hampton House its segregation-era soundtrack. Most Black celebrities who performed there also stayed there, because they were not allowed to stay at Miami Beach hotels where they also performed.

“We wanted to take that and bring it forward to today’s hip-hop artists,” said Anderson, who helped curate the series. “It will span different genres and musical styles to mirror some situations going on back then.” 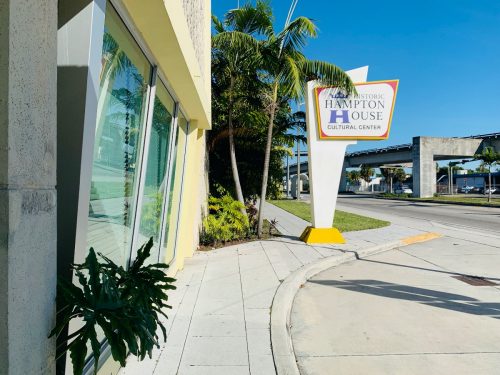 The Hampton House is also fundraising to install a new audio-visual permanent collection that will allow visitors to live the “Green Book” story as it was experienced at the boutique motel. The goal is to have the exhibit up by year’s end, Colyer said.

It will cover some of the themes raised in “One Night in Miami.” The movie tells a fictionized story about a Hampton House encounter between Malcolm X, Cassius Clay, Sam Cooke and Jim Brown the night of Feb. 25, 1964, when Clay defeated Sonny Liston for the heavyweight boxing title. Shortly after, he became Muhammad Ali.

In the movie, the four men come together to discuss their roles in a changing American society.

For locals, the Hampton House was the happening place. It had a famed jazz club, an all-night restaurant and a grand pool that welcomed Black children who were banned from swimming in Miami’s public pools.

The Rev. Martin Luther King Jr. was a frequent guest, who swam in its pool and reportedly practiced his famous “I Have a Dream” speech at the venue. It’s also where John Lewis did role-playing in non-violence workshops, and where Malcolm X and Clay shared ice cream to celebrate the boxer’s new status as the world’s heavyweight champion.

The Rev. Martin Luther King Jr. enjoys a dip in the Hampton House pool. The civil rights leader was a frequent guest at the segregation-era motel. (Photo courtesy of Historic Hampton House)

“To have this iconic relic positioned where it was and the role and significance it played to African-American travelers and in the community, and then to understand who was there and why they came – all of those things are really very powerful,” Anderson said. “So, you walk in there and you’re impacted by that, you are overcome with those emotions.”

Colyer recalls her emotions when she first set sights on the Hampton House, in the early 1960s, as a 14-year-old riding the bus. It was the same bus line where a driver once told her to sit in the back of the vehicle, along with her two siblings. She heeded her mother’s advice, she said, and ignored the driver.

The Hampton House provided a stark contrast to the indignities of Jim Crow. For the young teenager, it symbolized a world that could be.

(Inspicio, an arts publication platform sponsored by Florida International University, had the opportunity to speak with the Historic Hampton House’s founding CEO and president, Dr. Enid Curtis Pinkney. In this video, she discusses whether the Hampton House was the hot place to be from the moment it opened or required time to evolve. Link to more related videos below.)

“I just thought it was the most beautiful hotel I had ever seen – unlike any of the other “Green Book” hotels in Miami – none of the others had architectural character or design,” Colyer said. “The Hampton House, on the other hand, was absolutely stunning.”

Honoring its legacy is not just about the past, but also about the future.

“When we share what we know in our past about ‘Green Book’ hotels and the ‘Green Book’ experience, it gives people the understanding of what it was like,” Colyer reflected. “But it also says that America can do better and that America wants to do better.”

WHAT: Eric Benét, “From BeBop to HipHop”