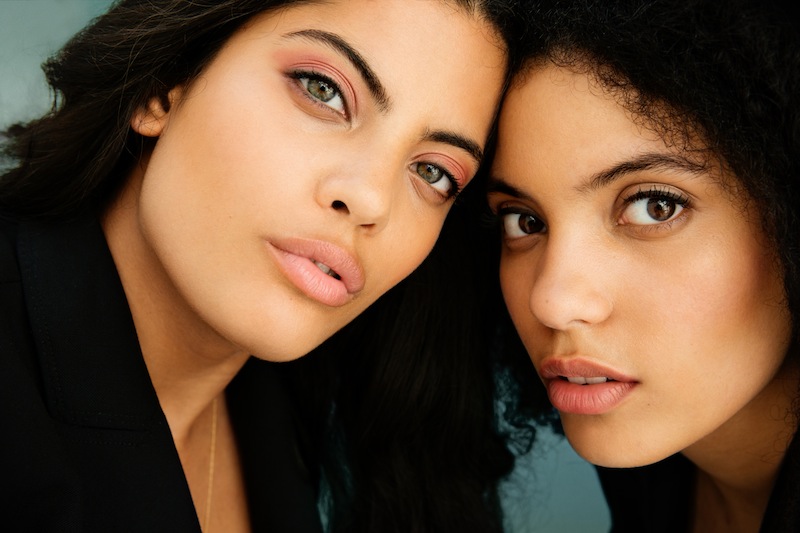 They’ve opened a Chanel fashion show in Havana and been featured in Beyoncé’s visual album for “Lemonade.” The Alvin Ailey American Dance Theater has danced to their music. Their Florida debut performance sold out. Now the French-Cuban twin sisters of Ibeyi are returning to Miami Beach.

Lisa-Kaindé and Naomi Diaz first appeared in South Florida in May, 2016. “We were a bit surprised that they wanted to return so soon, but you don’t argue with inspiration and talent,” Gene de Souza, development director of the Rhythm Foundation, said via email.“They actually approached us to start the new tour in Miami Beach and specifically asked to return to the beautiful North Beach Bandshell.”

Their performance on Saturday, Oct. 28, is part of the foundation’s 30th season.

The two are the daughters of the late Miguel “Angá” Diaz, a percussionist who played with the Cuban supergroup Buena Vista Social Club. It was after his death at age 45, eleven years ago, that the twins began to make music, Lisa-Kaindé playing piano and Naomi the cajon, a hand drum.

Born in France but having also spent time in Cuba, the sisters sing in English and the African Yoruba — Lisa-Kaindé the lead and Naomi harmonizing — on their eponymous debut album, released in 2015. That album, which includes tributes to their father and a deceased sister, dealt with relationships, roots and loss.

Out last month, the new album, Ash,is more focused in the present. “I think that the only thing that was different with Ash is that we all grew up so much during those two-and-a-half years in between these two albums. We have more experience,” Lisa-Kaindé said in an interview for the Website Stereogum. The sisters will turn 23 in December.

Among the experiences with which they were ready to deal was Lisa-Kaindé’s wrongful arrest as a teenager. She mentioned the encounter to their producer, Richard Russell, who has worked with artists ranging from Gil Scott-Heron to Vampire Weekend. He asked if she wanted to write about it. The result was “Deathless,” which features rising saxophone star Kamasi Washington.

“I was writing ‘Deathless’ as an anthem for everybody!” Lisa-Kaindé said in a news release from Ibeyi’s record label, XL Recordings. “For every minority. For everybody that feels that they are nothing, they are small, who cares. And I want them to listen to that song and for three minutes feel large, powerful, deathless. I do have a huge amount of respect for people who fought for what I think are my rights today. And I think the fact that I’m saying ‘we are deathless’ is saying that they are living through me and trying to be in a better world.”