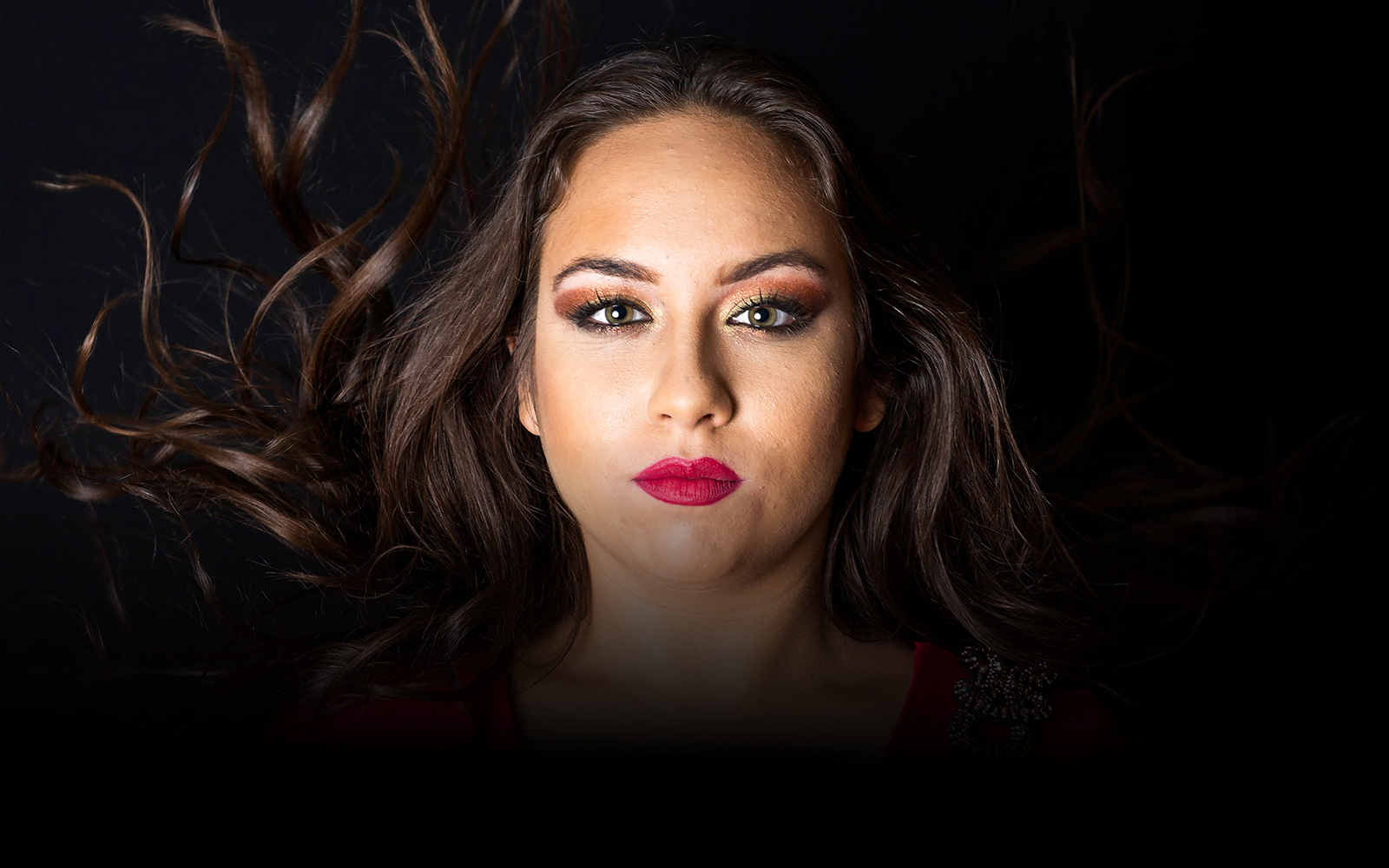 Flamenco Rave, returning to Miami March 9-10, offers a tasting menu for audiences hungry to experience the best in contemporary flamenco music. FUNDarte, which is producing the weekend performances, will set up the On.Stage Black Box theater at the Miami-Dade County Auditorium to resemble a tablao (flamenco club), with concertgoers sharing the stage with the artists.

“Flamenco is a very passionate genre,” FUNDarte director Ever Chávez says. “We will have all of the audience very close to the musicians, so that they can really feel it.”

Flamenco Rave is the work of Miguel Marín, producer of the Flamenco Festival taking place March 13-17 at the Adrienne Arsht Center for the Performing Arts. Whereas the Arsht’s programming is decidedly dance-centric, Flamenco Rave is more about the music.

Marín and Chávez chose the musicians coming to Miami at an annual event in Málaga, Spain, called Flamenco EÑE. Curated by a group of flamenco experts who choose 12 acts from a hundred proposals, Flamenco EÑE brings together mostly European presenters with Spain’s best contemporary flamenco artists.

In choosing the four groups for Flamenco Rave II, Chávez says, “We were trying to select a diverse program where we could showcase different styles.” In addition to the Miami performances, the musicians will be touring major U. S. cities such as New York and Chicago.

If the word “rave” piques your curiosity, Saturday night’s concert is the one to see.

An homage to flamenco’s jazzier side, the evening will start at 8:30, when flutist Sergio De Lope and his band will perform “Ser de Luz.” It’s feel-good music with a driving beat. Along with a percussionist and bass player, De Lope will be backed by El Mati, a talented young singer from Madrid. “His voice is clean and beautiful,” Chávez says. “It blends really well with the flute.” If you’ve never thought of the flute as a percussion instrument, De Lope’s playing may surprise you.

The groove will continue with singer-guitarist Diego Guerrero’s 10 p.m. set. Guerrero got his jazz bona fides when, at the age of 22 and fresh out of conservatory, he was hired as an arranger and director for Madrid’s Flamenco Big Band. Later, he indulged his more tropical side and began infusing his music with Afro-Latin sounds. “It’s a fusion,” Chávez says of Guerrero’s music, which he places in the family of Latin jazz but with Spanish flamenco roots. “Diego is a rumbero. There is Cuban rumba and there is flamenco rumba.” Guerrero’s music is a melding of both. His band includes percussionist Nasrine Rahmani, bassist Juanfe Pérez and keyboardist J.M. Pedraza.

But Guerrero couldn’t be allowed to visit Miami without experiencing what this city has to offer in the way of Cuban music. FUNDarte arranged to pair his group with Leo García of Timba Live! García and other musicians from his band will appear as guest artists for part of the Saturday show.

Sunday’s performance, which will start at the decidedly un-flamenco hour of 6 p.m., is more strongly rooted in traditional flamenco. María Terremoto is a 19-year-old Gypsy from Jerez, known as the birthplace of the genre. Her grandfather Fernando Fernández Monje, called El Terremoto (“The Earthquake”) From Jerez for the power of his voice, was a renowned singer, as was her father, Fernando Fernández Pantoja, known as Fernando el Terremoto. María follows in their footsteps and has proven well-deserving of her sobriquet. Although the earth may not literally move under her feet, when she was just 16, she became the youngest singer ever to win the coveted Giraldillo award for new artists at Seville’s Bienal de Flamenco.

Chávez, who heard her perform at Flamenco EÑE, was impressed: “The way she sings is unbelievable. So young … with that passion.”

Accompanied by Nono Jero on guitar and José “El Pechuguita” on vocals and palmas, Terremoto gives new life to old verses familiar to hardcore flamenco fans. When she sings pieces from her debut album, “El Huello de mi Sentío,” she may nudge aside tradition for a more pop flavor. “The rhythms were very traditional, but you felt a swing that’s jazzy,” Chávez says.

The second half of the Sunday program will complete the weekend’s performances with distinguished guitar virtuoso Miguel Angel Cortés, who will perform his “Sonatas in Three Movements.” The first movement is dedicated to classical guitar, the second to 20th-century flamenco master Sabicas, and the third to famed singer Enrique Morente, whose bold experimentation with other genres was nothing less than revolutionary. Cortés will perform with singer Dani Bonilla and dancer Lucía Álvarez.