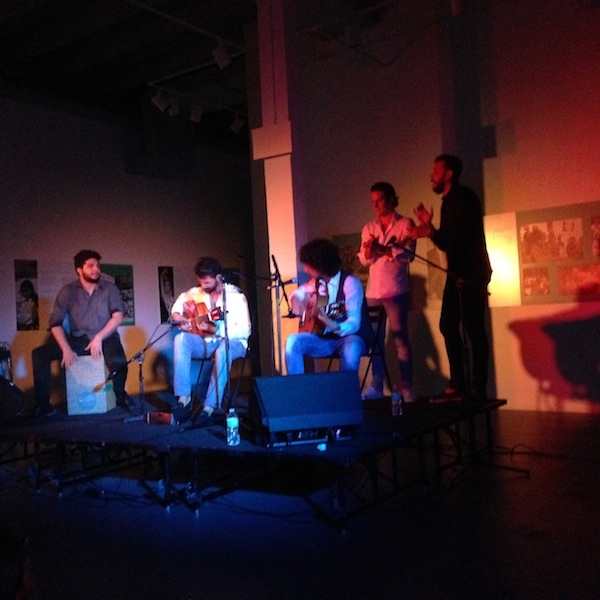 Working in a traditional genre like flamenco and creating a personal path while dealing with history is hard enough for any artist. But if you are José Enrique Morente, 25, and are a budding cantaor, son of the late, great flamenco singer Enrique Morente and the younger brother of flamenco superstar singer Estrella Morente; or you are guitarist Juan Habichuela Nieto, 25, and you happen to be the grandson of master flamenco guitarist Juan Carmona, better know as Juan Habichuela — then the weight of expectations can easily become unbearable.

Yet in their performances at the Centro Cultural Español Miami last weekend, as part of the month-long FlamenGo series, the young Morente and Habichuela managed such pressures with a grace that belied their age. The fact that they proved to be talented, have already a personal sound and they were nothing short of spectacular in their presentations certainly rendered some questions moot.

They could have been named Perez and Garcia for all it mattered musically — although probably that wouldn’t have helped pack the Centro’s space to the brim both nights.

Morente performed on Friday, with Habichuela Nieto as guest. The guitarist appeared on Saturday, with Morente taking a supporting role. Both were accompanied by a strong ensemble including Pedro Gabarre (El Popo) on dance, cajón (the Peruvian wooden box that has become a standard in flamenco) and palmas (clapping); Antonio Andujar, cajón and palmas, and Eloy Quiroga, palmas.

Morente, who started his presentation with a breathtaking piece a capella, not only has a powerful voice, smooth and expressive, but also a surprisingly well-controlled delivery. Rather than go for easy, applause-getting histrionics, Morente told stories, both with his lyrics (at one point at the end, nearly spent, the audience by then in the palm of his hand, he candidly conceded “I don’t know what else to sing”) and with the way he modulated his intensity.

He is a better than adequate guitarist, but when freed by Habichuela Nieto’s help he took chances with his pitch choices, veering harmonically into contemporary music and jazz before bringing it all back to flamenco.

One of the highlights of the evening was percussionist El Popo’s turn as a dancer, however. Tall, thin and looking to the casual observer like a New York hipster who had just wandered in to check things out, El Popo made the most out of the small dancing platform before the stage.

Like his friend and colleague the evening before, Habichuela Nieto opened solo on Saturday and also brought out, seemingly naturally, the Arabic, Indian and North African elements of flamenco. There were the luxuriant stroked rhythms and quicksilver runs we’ve come to expect in flamenco guitar — but always with a purpose. Like Morente, Habichuela Nieto seems to have an innate sense of form, and he always moved the story forward.

Expectations and hype have a life of their own. But Morente and Habichuela Nieto have their own voices and something personal to say. They are naturally true to flamenco, but they are also naturally setting a path between tradition and modernity. Given the overwhelming music dynasties they represent, it’s hard to imagine a better compliment.