A birthday party in honor of arts champion Sandrell Rivers 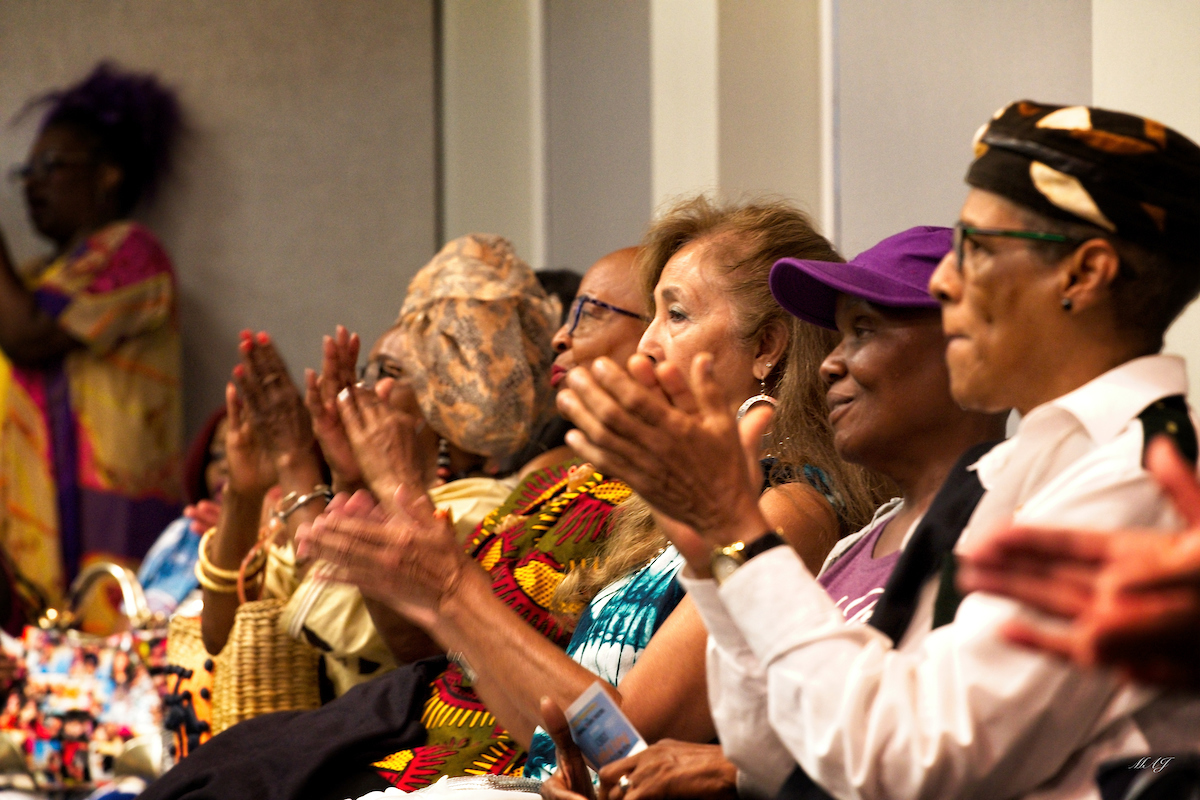 The 2019 Sandrell Rivers Day celebration took place at the theater that bears her name. (Photo courtesy of Gregory Reed)

You’re invited to a birthday party for one of South Florida’s greatest arts champions: Sandrell Rivers.

Fantasy Theatre Factory at the Sandrell Rivers Theater presents the third annual celebration of its namesake on Aug. 29 through Facebook Live.

Sandrell Rivers was arts administrator for Miami-Dade County’s Parks and Recreation Department from 1988 until the day before her death from cancer on Jan. 1, 2010. She brought figures including Hugh Masekela, Ossie Davis, Ruby Dee and Isaac Hayes to the stage at the Joseph Caleb center, and she promoted South Florida’s African Diaspora artists through her international travels. It’s said her efforts so impressed a Nigerian dignitary, De Wheno Aholu Menu-Toyi 1 – the Akran of Badagry in Lagos State – that he named her a chief. She bore the title proudly.

“Chief Rivers had a passion for the arts and a passion for her community,” said Larry Fields, Fantasy Theatre Factory’s CEO and executive artistic director. “She worked very hard and successfully at bringing Black artists to Black audiences at a time when Black patrons were still unwelcome in many areas of Miami, especially Miami Beach.” 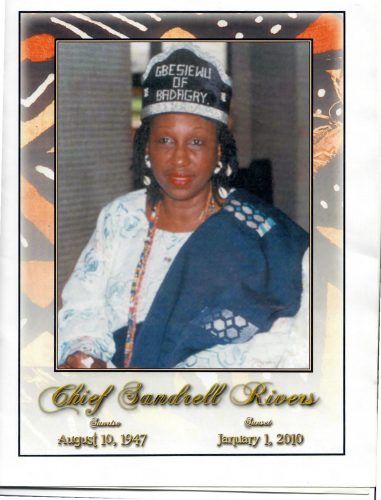 This image provided by the family shows Sandrell Rivers, who was known to promote South Florida’s African Diaspora artists through her international travels. (Photo courtesy of Fantasy Theatre Factory)

The event also will include presentation of the Sandrell Rivers Humanitarian Award to Dr. Larry R. Handfield, a criminal defense lawyer known for his investment in the community. For the past 10 years, Handfield has sponsored visits to Joe’s Stone Crab restaurant in Miami Beach for kids, sending them by limousine with a police escort, according to Fantasy Theatre Factory. He has said that, as a product of the inner-city himself, “I want to remind these children that their history should not define their destiny.”

Singer Brenda Alford will host the event. “Sandrell was what I call a hundred-percenter,” Alford recalled. “When she did something, she put 100 percent into it. She was a generous person and didn’t always receive credit or compensation for the good she did.” 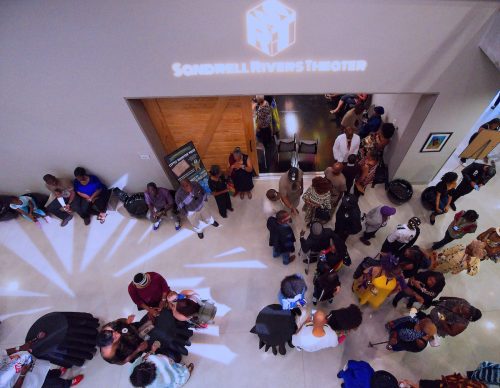 The Sandrell Rivers Theater is named in honor of the tireless arts advocate, artist and former employee of Miami-Dade County. (Photo courtesy of Gregory Reed)

Born in Miami in 1947, Rivers earned two degrees from Tennessee State University and taught at arts institutions in Alabama and Chicago before returning home, according to an article published in the South Florida Times shortly after her death.

The pandemic prevents this year’s celebration from taking place at the theater, but the show must go on, and not just for the audience, Fields said.