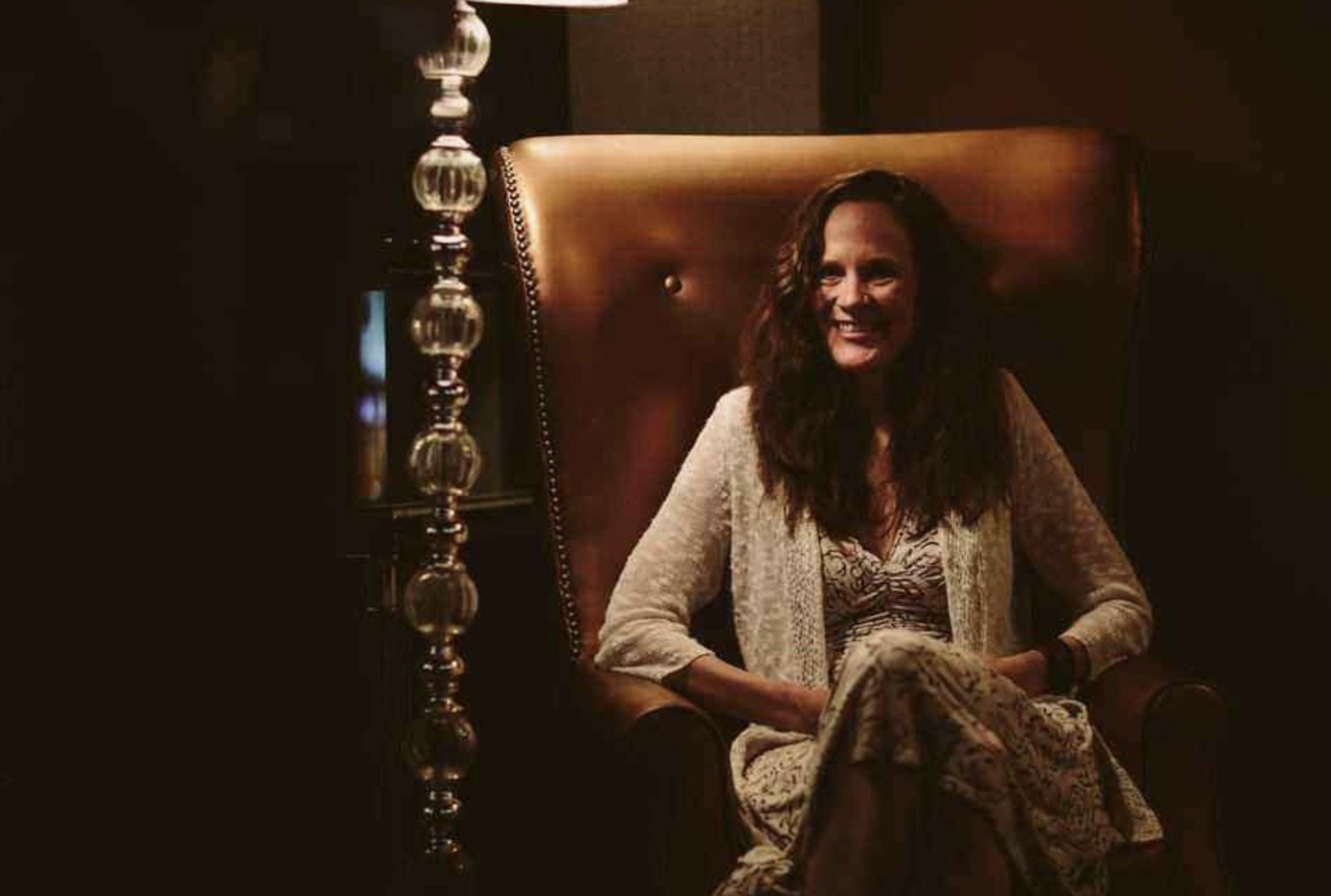 Caridad Moro-Gronlier remembers going to The Betsy Hotel as “a literary citizen.” The author, poet and writer says the boutique hotel on South Beach has been a source of inspiration for her.

She was one of the first writers in residence in The Betsy’s “Escribe Aqui/Write Here” series, which began in 2015, funded with a seed grant from the John S. and James L. Knight Foundation’s Knight Arts Challenge.

Moro-Gronlier is curating the eighth annual “Escribe Aquí/Write Here” festival, which has 10 artists in residence with a focus on Latinx poets and musicians. 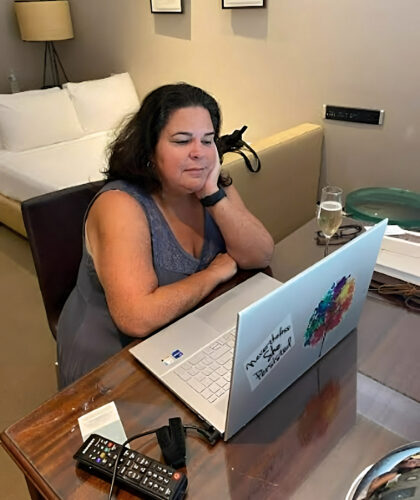 The month-long programming culminates with a live and streamed event at Barry University’s Institute for Immigration Studies on Wednesday, Aug. 31 at 7 p.m. with Moro-Gronlier and IIS Founding Director Dr. Giselle Elgarresta-Rios. Elgarresta-Rios is a music professor, choral conductor and soprano and is working with Barry University English department students for the final program.

Also in residence are musicians-jazz pianists Olegario Diaz and Edgar Pantoja. Through August, Diaz performs at The Betsy Hotel on Wednesdays and Pantoja on Sundays.

For the final program at Barry University, Pantoja will open the program followed by an introduction of all eight Betsy resident poets some of which will be in attendance and others via Zoom. Barry University students will read the poets’ work, which will be accompanied by Pantoja’s musical improvision.

The literary program was the vision of Deborah Plutzik-Briggs, The Betsy Hotel’s vice president of Arts and Community Engagement, after she met local writer Pablo Cartaya at the Miami Book Fair in 2015. 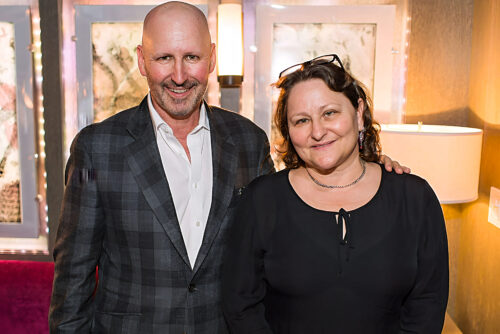 The Betsy Hotel’s owner Jonathan Plutzik and his sister Deborah Plutzik-Briggs, the hotel’s vice president of Arts and Community Engagement, were surrounded by writers from a very early age. Their father, the late Hyam Plutzik, is a three-time Pulitzer finalist poet. (Photo courtesy of The Betsy Hotel)

“Pablo and I wrote the grant together that began ‘Escribe Aqui.’ Moro-Gronlier was the perfect choice for curating the writers as she embodies this year’s celebration of Latinx as well as the intersection of arts, culture and identity that we aim to represent,” said Plutzik-Briggs.

Plutzik-Briggs and her brother, Jonathan, who is co-owner of The Betsy Hotel with his wife, Lesley Goldwasser, have the arts in their DNA. Deborah and Jonathan are the children of three-time Pulitzer finalist poet the late Hyam Plutzik.

Their father’s work is the inspiration for this writer’s festival and the hotel’s Writer’s Room which houses Hyam’s desk. Each artist in residence gets to stay for a few days in the writer’s room where “they get a free room and a per diem for food while here,” says Plutzik-Briggs. Residencies are typically Sunday through Wednesday.  It’s also meant as a quiet space for them to concentrate on their work.

“Deborah and Jonathan are literary and creative citizens in Miami and they really help the public know art works in many functions,” Moro-Gronlier says. “They provide a wonderful space to meet and connect, showing there’s true stewardship on the beach.” 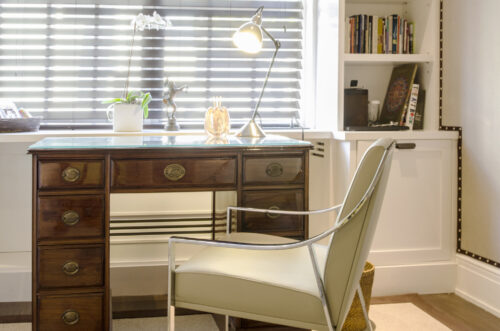 The inspirational studio space for resident artists inside The Betsy Hotel, the focus of The Writer’s Room is the working desk of poet Hyam Plutzik. (Photo courtesy of The Betsy Hotel)

Tasked with choosing the writers, Moro-Gronlier took the process to heart, being ever so selective.

“All the poets in this residency are known to me. I chose writers with dual culture, that are bilingual. I wanted to see their bi-cultural life and how that shows up in their work. The queer was another hyphen and there are three queer poets included in the group,” she says.

Fellow local writer Mia Leonin is also a program alumnus with 2022 being her third residency at The Betsy. She says she appreciates Moro-Gronlier’s curatorial process. “I love how (she) is curating the program with both a music and literary component, connecting the local community in a unique way. I feel we’ve learned over the last couple of years to be more flexible and to truly connect and appreciate that connection. I’m benefiting from the program just as a citizen and Miami local. I treasure these programs.”

Throughout the years, Leonin met several Spanish language writers whom she’s kept in touch with including “one of which used my work in an anthology she edited and who I also introduced to Moro-Gronlier.”

Leonin also recalls advice from one of her professors at the University of Miami who told her to use the residency to either finish or start a project, she recalls.

“For this particular residency, my goal is to finish a piece that I started earlier this summer based on Reproductive Autonomy.” The piece will be drawn from her interviews with several friends about their pregnancy journey. Leonin says she’ll use the stories anonymously as part of vignettes to create a lyric essay.

“In light of the overturning of Roe v. Wade, and with the permission of the women I interviewed, I want to write stories that reveal the complexity of a woman’s relationship with her reproductive life, and the absolute autonomy that this complexity necessitates,” she says. 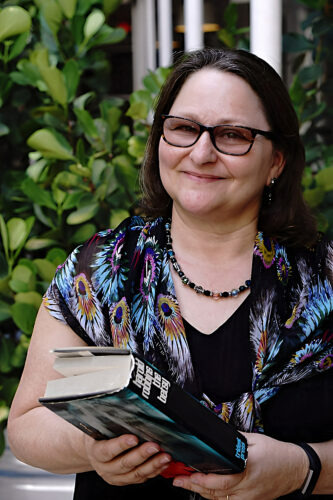 Deborah Plutzik-Briggs, who has a doctorate in arts education, is also the vice president of Arts and Community Engagement at The Betsy Hotel. (Photo courtesy of The Betsy Hotel)

Albo, who grew up in Lakeland with Cuban parents, remembers feeling like an outsider, visiting Miami Beach as a kid.

“Growing up in Lakeland I felt like an outsider because when I went home, I lived in a Cuban household. During that time, we would always come to visit family in Miami Beach. Many summers were spent exploring on Miami Beach with my cousins,” says Albo, who was selected for this year’s residence. She eventually moved to Miami.

While at The Betsy, Albo plans to work on her manuscripts covering a multitude of subjects from the pandemic to food, cultural identity and the Black Lives Matter movement.

“I draw strength from my immigrant story and diverse cultural background, especially seeing how my family members were able to thrive and establish a home and make a life in the United States. All of that got me to where I am today,” she says.

Serving both as curator but also a writer in residence, Moro-Gronlier echoes her fellow writer’s sentiments saying, “(The Betsy) is just a creative space unlike anything I know.”

That is exactly the mission of the residency program, where Plutzik says “we have no concrete expectations; we want writers to be productive in whatever way they choose while they’re here . . .  We have an appreciation for communities that operate in multiple languages, particularly the immigrant community, especially South Florida which is so immigrant-rich. We’re very excited to have the opportunity to embrace those that are writing perhaps in multiple languages.”

Leonin believes that showcasing the work by inviting the public to engage in the process is another element that makes the program so rich.

“Deborah and Jonathan have never lost sight of the fact that without the local people experiencing The Betsy Hotel, it is not a creative incubator. They always remember the individual artist and programs like ‘Escribe Aqui’ showcase this,” Leonin says.