Eliseo Parra: Remaking the Past into the Future 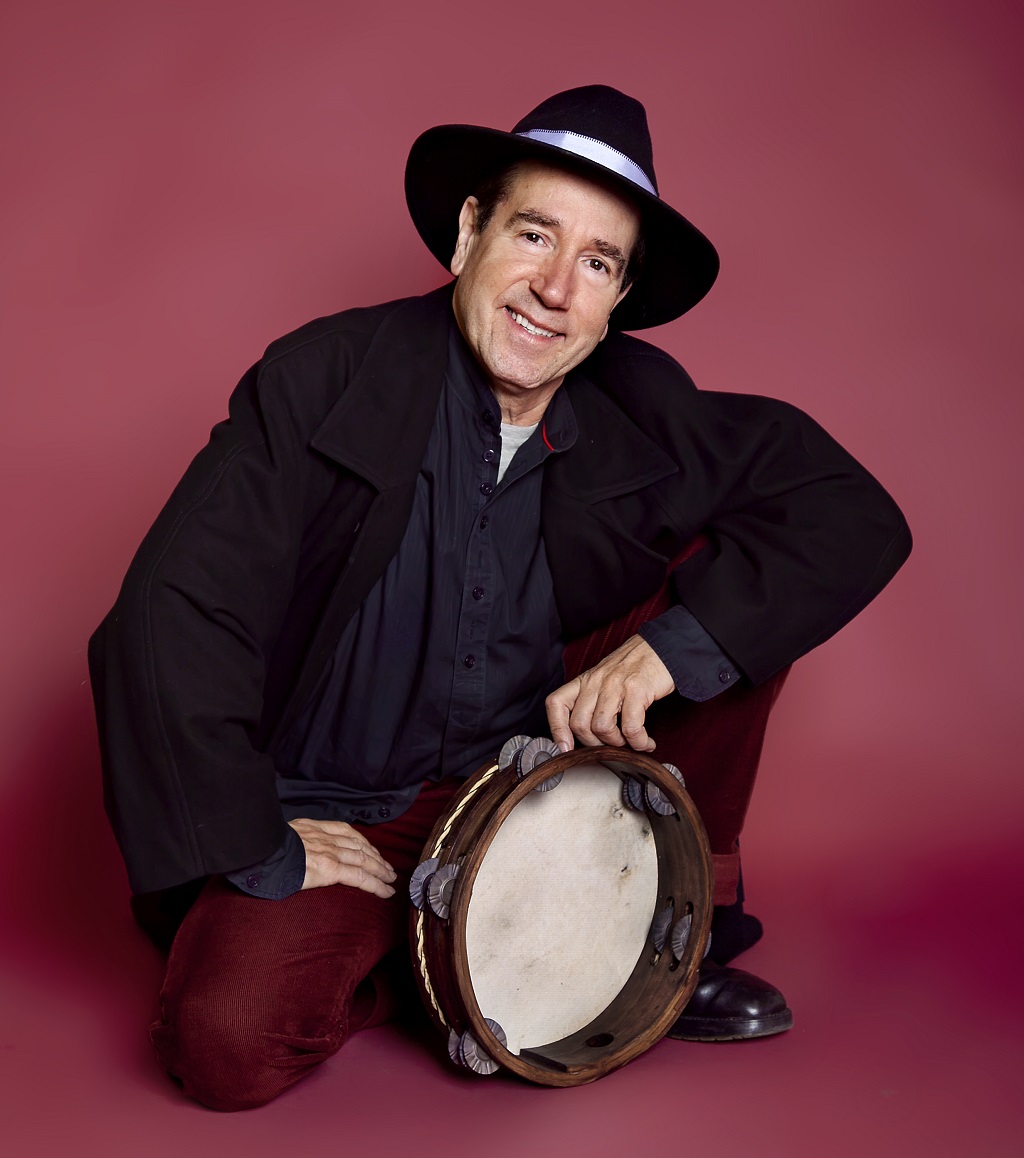 Hearing the beauty, the stories and the possibilities hidden in an old, traditional song requires an unusual combination of qualities – imagination and a passion for your subject just for starters.

Few have been better at it in Spain for the past three decades than singer, percussionist, composer and folklorist Eliseo Parra, appearing with his septet at The Gleason Room at the Fillmore, Miami Beach, Saturday at 8:30 p.m., presented by FUNDarte.

Trained as a musician, Parra has made himself into a leading figure in the collecting, study, and performance of Spanish traditional music.

But rather than suggesting pieces in a musical museum, his work, live and on record, is an update of collected melodies and rhythms. As re-created by Parra, the songs now might feature an expanded instrumentation or carry texts by writers such as Garcia Lorca or Lope de Vega, or might be reframed in once unthinkable “what if” musical mixes.

For Parra, preservation does not mean frozen in amber.

In the notes to his album De ayer mañana  (2005) he described his approach: “Traditional music, which someone composed … was given to the people, they made it their own, and then, they passed it down to their descendants, like an inheritance, until it got to us, polished like a jewel by dint of being sung. … That’s how I take it, I recreate it as best as I know how and I pass it on to the next generation”

He was born in Sardón de Duero, Valladolid,  and moved with his family to Barcelona in the 1960s.  It was in Barcelona where Parra started his career as a rock singer and drummer, founding a band, Mi Generación. But in the following years, Parra became involved with jazz and salsa groups, worked as a studio musician and began exploring roots music.

In 1983, he moved to Madrid. He started to research traditional Castilian music and doing field work with scholar Jose Manuel Fraile Gil, a collaboration that yielded several books.

He launched his solo career in 1992. His album Tribus Hispanas (1998) is now considered a landmark in the traditional music field. In his most recent work, El Man Sur (2015), his seventh studio recording, Parra explores several of the Andalusian styles that have nurtured the roots of flamenco.

Parra spoke about discovering popular art, tradition and what, if any, of the music we are now hearing will be worth preserving in 2518 from his home in a small town in Avila, Spain.

Artburst: What does a nice rocker like you do in a place like this? Traditional folk music? What happened?How did this come about?

Eliseo Parra: Well, I was looking for authenticity or perhaps, I was looking for myself, and I realized that in those genres, what could I say? I wasn’t going to write songs like Lennon and McCartney and I heard the Fania All Stars when they came through and I had to say ‘I’ll never get to that level. I wasn’t born there.’

So I was still living in Barcelona and worked with [Majorcan folk singer] Maria del Mar Bonet on a record based on traditional folk songs and as part of that work I started to listen to the original recordings and wow! To sing like that you really had to know how to sing. That’s when it bit me and that’s when I started.

I would hear those recordings of old ladies playing panderetas (tambourines) and I was shocked. What is this? I’m a percussionist, I know how hard is to get a good sound from a percussion instrument, and listen to them!

Then I discovered the work of [musician and folklorist] Agapito Marazuela and I started to see how important that music was. So when I moved to Madrid in 1983 I knew I wanted to get involved with folk music. I met the great ethnomusicologist José Manuel Fraile Gil and with him, I did field work and that was a discovery and a moment of self-discovery

Was there a “Eureka moment” for you?

I’m not sure there was “a” moment. When you are in a village with your tape recorder and walk into someone’s home and start to watch and listen, you find yourself thinking: “Wait a minute, this is a vast, wonderful world, and there is so much to do here.”

Performers working in genres with strong traditions often find themselves in the push and pull between fundamentalists who don’t want any changes to what they perceived as the original music and those who see change as vital for preserving the tradition. Where do you stand?

I believe re-creation is the way of keeping a tradition alive. Purists might say “No, this wasn’t done this way” but, when was it done the way you say? How can we go back 200 years and find out? At first, I was concerned about purists, now I tell them to go get some fresh air. I’m going to do what I want to do and they are going to say whatever they want to say.

You see your work as preserving the tradition by updating it?

Yes. And in my re-creating it, my goal is respecting the original. I don’t give myself a license [to change much] but I’m open-minded — and then the work itself creates a method. A song might start as a melody that an old lady in such-and-such village sang. So when I set out to dress up the song, I try things out and it’s the song that tells me “Not this. No, not that. That one might be.” What’s important is that it doesn’t lose its essence, its soul.

Like maestro, José Manuel [Fraile Gil ] used to say, “We must have a foot on the fields, with the old ladies, and the other foot here, in the present.” The fact is, we can’t do it like they did [in the past]. We can’t and we shouldn’t, because we are living in different times.

Having been involved in this work and in so many genres of music for so long, what songs, what artists do you think the Eliseo Parra of 2518 might want to preserve and update?

I had never thought of that. Well, “Besame Mucho” will still be sung in 2518, and people will still listen to Charlie Parker. The authentic music still will be heard. The rest …

Also, Eliseo Parra will offer an illustrated talk about Spanish traditional music at the Centro Cultural Español, 1490 Biscayne Blvd. Miami, on Friday June 22, at 7:00 p.m.  This event is Free.

If you are a musician, bring your instrument. (In Spanish)