Conflict and Yearning in Mostly Mozart’s ‘The Timeless Rose’ 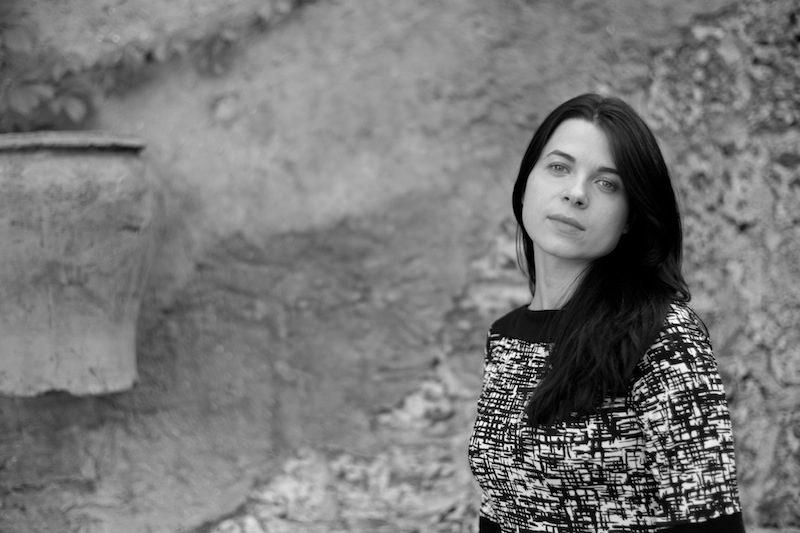 In the short story The Nightingale and the Rose, Oscar Wilde has the nightingale cry, “Ah, on what little things does happiness depend…for want of a red rose is my life made wretched.” As they programmed the 23rd edition of the Miami Chamber Music Society’s Friday finale to the 2016 Mainly Mozart Festival, pianist and artistic director Marina Radiushina and film-maker Ali Habashi heard, like Wilde, in the theme of the nightingale and the rose the mysteries of yearning for love.

Habashi and Radiushina explained how these symbols guided their selection of pieces across cultures, times and languages in an ambitious program, The Timeless Rose, that includes Arvo Pärt, Clint Mansell, Purcell, Saint-Saëns, Rimsky-Korsakov and Shostakovich among others. During the program, instrumental selections alternate with vocal elements and express the conflict of nature’s two sides – man’s primal, earthly fears and the very human desire for love.

Also key in the selection of the program was the addition of superstar vocalist, Israeli soprano Chen Reiss. “In both her voice and her technical skills, Reiss is like a true nightingale,” says Habashi. Now in Miami hot off a recital at the Vatican, Reiss will be supported by a string quartet with musicians drawn from the Metropolitan Opera orchestra.

The program opens with Pärt’s string quartet, Für Alina (For Alina). For Radiushina, opening with Pärt makes sense. “Pärt is a composer who is looking and searching for answers. I hear in the piece concepts of time and timelessness. Pärt himself describes silence as ‘a fertile soul which, as it were, awaits our creative act, our seed.’ It made sense to start off with this.”

Rimsky-Korsakov’s A Nightingale Sings to the Rose (op. 2) follows and again, for Radiushina, the vocal selection was a logical one. In the soprano’s part she hears how “from the silence of the beginning, human beings look up to the heavens for the first time.”

As in previous seasons, the Mostly Mozart festival finale includes in the program both video and dance. This year a six-minute film segment, composed by Habashi, precedes the program where University of Miami Professor Emeritus of Music, Frank Cooper, recites poetry adapted from Keats and Blake. For Habashi, “the recited poetry sets the stage for the musical program that follows. The visual elements and video aim to put the audience in the mind set for the musical story we are going to experience.”

Radiushina and Habashi then turned to Miami City Ballet dancer and choreographer Adriana Pierce. Now in her fourth season of collaboration with the Mainly Mozart festival, Pierce saw a clear challenge to choreographing for this year’s program — with such very different pieces, how could she link them so they didn’t feel disjointed?

“I did something unusual for me – I choreographed the programming from beginning to end and created a story in the process. With my five dancers (Andrei Chagas, Eric Trope, Nicole Stalker, Leanna Rinaldi and Raechel Sparreo) we started with very, very earthly movements, then passed on to ideas of romantic love, conflict, violence, mourning and peace.”

Puccini’s String Quartet, Crisantemi, is the penultimate piece of the program and the last time the dancers appear. In the wake of the Orlando mass shooting, this piece had special significance for Pierce. For her it expressed how “we have to love one another in spite of the hatred we experience. There has always been violence but there has always been that love that rises above it.”

In this piece, the women dance together for the first time. For Pierce, compared to the program’s other dances, this choreography, “is dancier. The three women — mostly en pointe and in black turtleneck leotards with flowing black skirts — hold hands, intertwine, and embrace then intertwine again, moving constantly in fluttering bourrées.”

The program closes with the focus on Chen and Saint-Saëns’ wordless Vocalise, Le Rossignol et La Rose (The Nightingale and the Rose). For Radiushina, “This is how the mystery of the rose continues. The singer comes center stage and the dancers stop. All lights go down and the idea of the rose takes over the hall and the imaginations of the audience.”

WHAT: The Mainly Mozart Festival finale The Timeless Rose