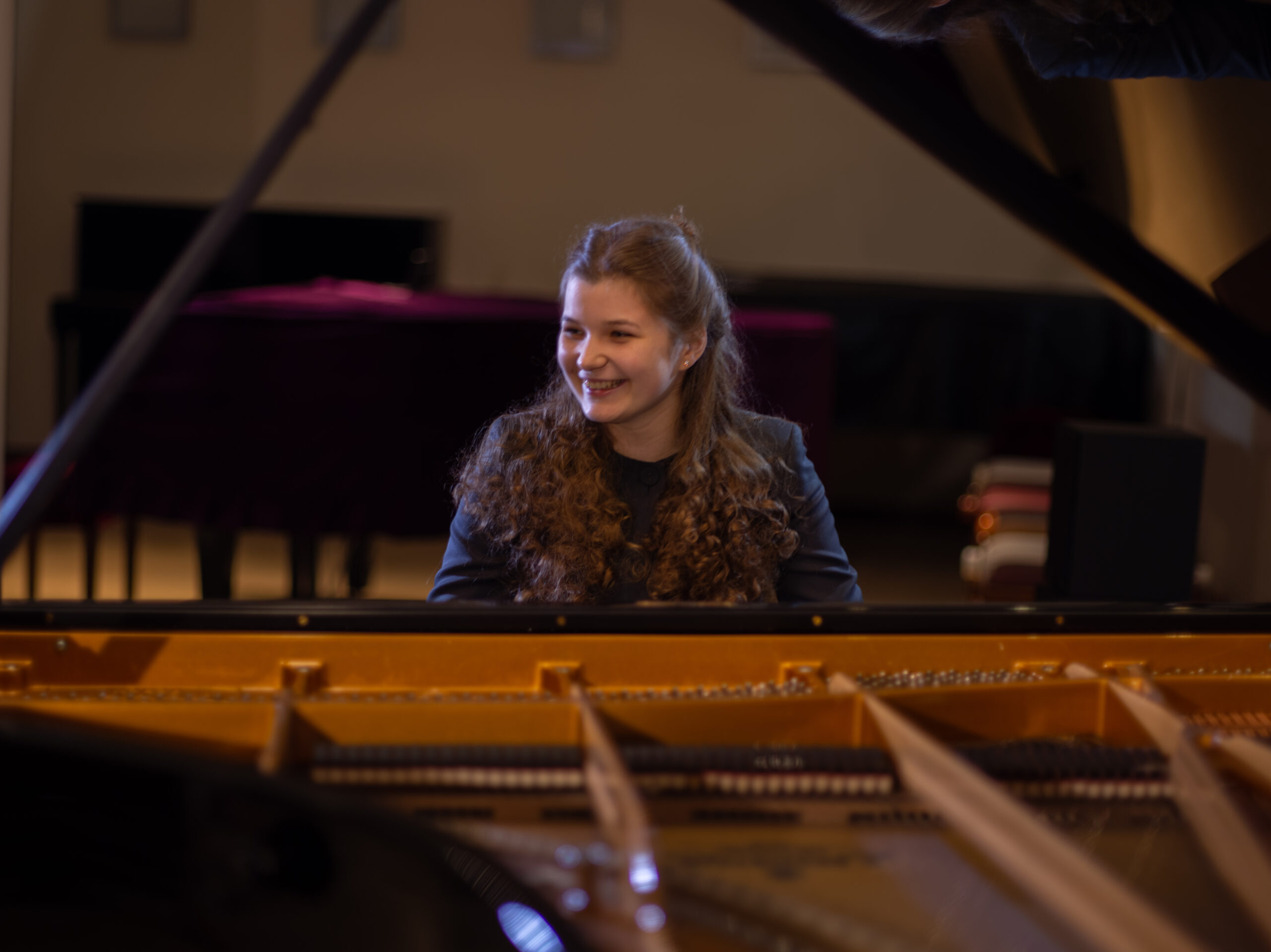 Khrystyna Mykhailichenko, a 16-year-old Ukrainian refugee, will perform in a program of Young Virtuosos as part of the 4th Frost Chopin Festival at the University of Miami’s Gusman Hall. (Photo courtesy of Frost School of Music)

In the 19th century, the work of composer and pianist, Fryderyck Chopin served as a symbol of liberation and revolution for his Polish homeland. Chopin became a symbol of 19th- and 20th-century freedom movements.

It is one reason why Kevin Kenner, founder and artistic director of the 4th Annual Frost Chopin Festival and Academy has dedicated a weeklong series of lectures, workshops, and world-class performances of Chopin’s life and work to the people of Ukraine.

“There are very few musicians and arts presenters who do not feel the shame that we all feel that our world cannot somehow live in peace,” says Kenner, who is also associate professor of piano at the University of Miami Frost School of Music. “Seeing what is currently going on in the world that is currently unthinkable… it would have been somehow negligent on my part as a musician to not respond in some way to what is going on in Ukraine.”

The festival is Sunday, June 19 to Sunday, June 26 at the University of Miami, Maurice Gusman Concert Hall, 1314 Miller Drive, Coral Gables. Donor support has made admission free to the 2022 festival’s lectures and performances, which the public can attend in person or virtually. 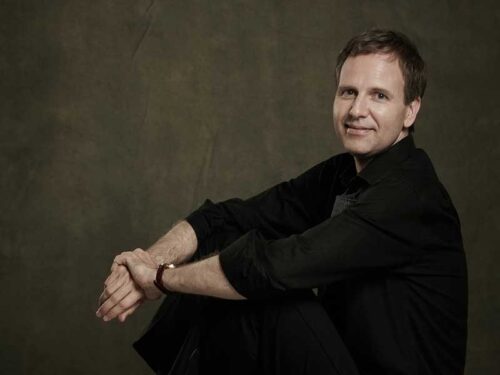 Kevin Kenner is founder and artistic director of the Frost Chopin Festival and Academy. (Photo courtesy of Frost School of Music)

Kenner explains that the decision to make the festival free follows the example set by the Chopin Foundation of the United States, which provides scholarships for the young musicians who attend the Frost Chopin Academy as well as free admission to the Foundation’s “Chopin For All”  concerts presented throughout South Florida during the year.

Kenner views the current war in Eastern Europe as not only a political war but a cultural one that has gravely impacted Ukrainian artists and the country’s art institutions.  Despite no admission charge, festival organizers are encouraging donations that will go to support Ukrainian arts and artists.

Guest pianist Garrick Ohlsson, a 1970 Gold medalist at the 8th International Chopin Competition held in Warsaw, and currently a faculty member of the San Francisco Conservatory of Music, says the festival’s support of the Ukrainian people is a natural tie-in.

“Chopin (was a) patriotic Pole, no question about it, but it’s true,” says Kenner. He cites the composer’s Étude Opus 10, No. 12, known as the Revolutionary Étude. “Even (German critic) Theodor Adorno said it would be impossible to listen to this masterpiece without knowing there is a patriotic, even revolutionary fervor, to the music.”

Ohlsson – whose book, “The Pianist: Conversations with Garrick Ohlsson” was just released through the Fryderyk Chopin Institute – will close out the festival on Sunday, June 26 with a mixed program featuring the works of Johannes Brahms and Chopin. 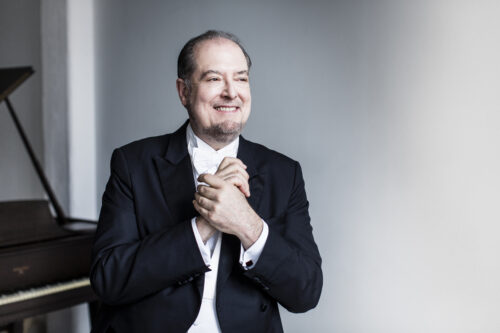 Pianist Garrick Ohlsson, a gold medalist at the 8th Chopin Competition in Warsaw in 1970, closes out the festival performances with a program of Chopin and Brahms. (Photo courtesy of Dario Acosta)

Asked about the connection between the two composers, Ohlsson explains: “Brahms was one of the greatest fans of Chopin.  In the 19th century, when it was becoming clear in Europe, especially in the German-speaking world, that we now had a canonical body of great literature,  this was also the time when the first complete editions were put together.”

The Germans and Austrians were compiling a “Gesamtausgabe,” according to Ohlsson, which is a complete work of all the great masters, and Brahms was one of the editors.

“Basically, a lot of people wanted it to be a ‘German boys only’ club,” he says. Brahms insisted that foreign masters were included and that meant Chopin, according to Ohlsson.

“Chopin is intrinsic to everybody who plays the piano because he is the Rosetta Stone who teaches you how,” says Ohlsson.

In addition to Ohlsson and Kenner, festival performances are by many of Chopin’s top interpreters including Ewa Poblocka, Dina Yoffe, and Ukrainian-born soprano Olga Pasichnyk. Performing in a program of the Academy’s “Young Virtuosos” is 16-year-old Ukrainian refugee Khrystyna Mykhailichenko. 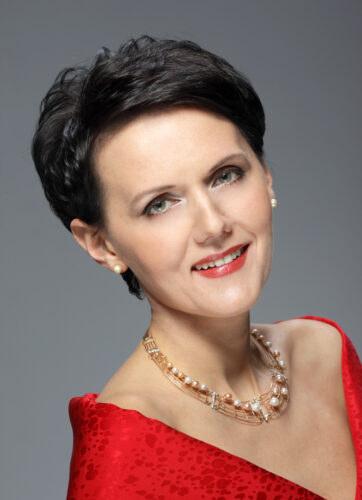 Soprano Olga Pasichnyk performs in “An Evening of Ukrainian and Polish Song” on Wednesday, June 22, as part of the 4th Frost Chopin Festival and Academy in University of Miami’s Gusman Hall. (Photo courtesy of Frost School of Music)

Exposure to master pianists and scholars of Chopin’s works has motivated student pianist Eric Guo to attend the Chopin Academy for the third time.  The Academy offers pianists up to the age of 30 the opportunity to immerse themselves in all things Chopin.

“The first time (I attended) was in 2019.  I felt that I benefitted from learning from all these masters of Chopin, to hear them, and this has made me want to return,” says Guo.

Kenner points out that the social atmosphere provided for the pianists who attend the Academy is another important element of its success.

“To have people together not as competitors but to work with each other as siblings, that’s an important thing for the students,” says Kenner.

WHEN: Concerts are 4 p.m., Sunday, June 19, and 7 p.m., Wednesday, June 22, Thursday, June 23, Friday, June 24, and Sunday, June 26. Workshops and lectures, also open to the public, are planned each day. Performances and some workshops will be featured live on Frost School of Music’s YouTube channel.

COST: Free. However, registration is required.

INFO: Register for an event at ovationtix.com and see the complete schedule of events at piano.frost.miami.edu.