Back in the 1980s, a church in Coral Gables decided to put on a summer concert series. More than three decades later, they’re still at it, and the concert series has become the basis of an expanding community-arts program.

From June through August, the Coral Gables Congregational United Church of Christ presents its 34th annual series of jazz and classical concerts, welcoming world-renowned artists to its historic building across from the Biltmore Hotel.

In addition to the big names, concertgoers will have a chance to see stars of the future as Miami-Dade County students from the church’s Community Arts Program (CAP) perform on opening night. And the public can join the students in master classes presented by several of the series’ performers.

The first show, on June 13, features Tony Desare, who’s had three albums reach the top 10 on the Billboard jazz chart. Named a rising-star male vocalist some years back by the jazz magazine Downbeat, he’ll perform standards and classics.

The CAP Miami Jazz Institute All-Star Jazz Ensemble will open the show. The group is one of several made up of youngsters who study at the CAP Conservatory of the Arts, which offers instruction on a sliding fee scale from September to May.

“Part of what the concert series provides to the kids is No. 1, they automatically come to all these concerts for free,” says Mark Hart, CAP’s executive and artistic director. “It extends our curriculum into the summertime.” Hart says that when he was a young student, a teacher told him that going to a good concert was worth three lessons with the best instructor he could find. 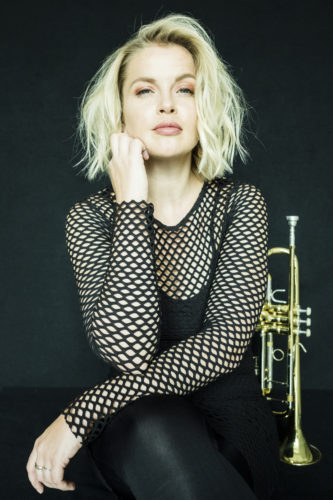 Trumpeter and vocalist Bria Skonberg appears next, on June 27. With a style that harks back to the New Orleans sound of early jazz, her band will include local standouts Shelly Berg on piano and bassist Chuck Bergeron.

The series goes classical on July 11 with Kenny Broberg, who won the silver medal two years ago at the Van Cliburn International Piano Competition, when he was 23. The Minneapolis native has played as a soloist with the Royal Philharmonic as well as symphonies in Sydney and Seattle, among others. He will teach a master class, as will percussionist Jason Marsalis, who performs July 25. A scion of the famed New Orleans musical family, Marsalis will play vibraphone as leader of his 21st Century Trad Band, a trio with bass and drums.

Dafnis Prieto, whose big band won a Grammy this year for the album “Back to the Sunset,” appears Aug. 8 with a smaller ensemble. The drummer’s quartet includes pianist Martin Bejerano, a local favorite.

Quartetto Gelato, a Toronto group that has played the series several times, returns by audience request for Aug. 22’s closing night. The foursome, which includes a World Accordion Champion, performs a wide variety of genres, including classical, folk, opera and more in a freewheeling style.

Skonberg, Broberg, Marsalis and Prieto will conduct master classes the morning after their performances. These are free, open to the public and held in the 450-seat sanctuary of the church. Founded in 1923 and built in Mediterranean Revival style, the building is on the National Register of Historic Places.

“It’s an intimate space and you can really see these artists in a way you wouldn’t in a larger space,” Hart says.

CAP Summer Concert Series performances begin 8 p.m. alternate Thursdays from June 13 to Aug. 22 at the Coral Gables Congregational United Church of Christ, 3010 DeSoto Blvd., across from the Biltmore Hotel. Tickets cost $35 in advance, $40 at the door. Patron tickets, which include seating in the first nine rows as well as a pre-concert reception with wine and hors d’oeuvres, cost $50 in advance, $55 at the door. Series subscriptions are offered. Call 305-448-7421, ext. 153 or go to CommunityArtsProgram.org/Tickets.