Can I get an amen? Free Gospel Sundays expands, adds Singing in the Streets 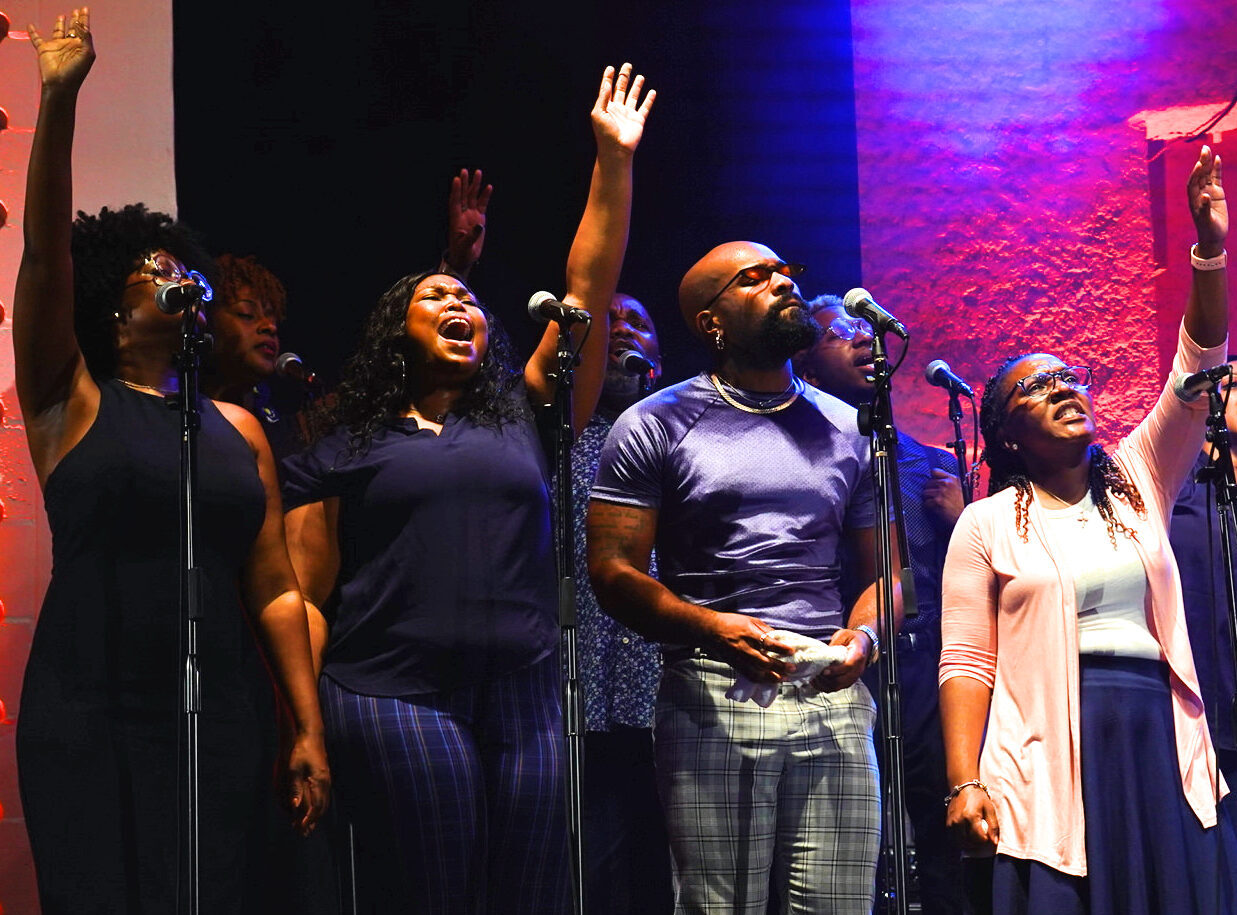 Miami Mass Choir is one of the performance groups in the Free Gospel Sundays series at the Adrienne Arsht Center. Above, the choir performs at the North Beach Bandshell in 2021. (Photo courtesy of Eyeworks Production)

There will be singing in the streets as the Adrienne Arsht Center for the Performing Arts of Miami-Dade County unleashes its Free Gospel Sundays series, now in its 16th year.

Jekalyn Carr, who at 25 years old has become one of the titans at the top of the gospel music charts for the last decade, will perform on Sunday, Oct. 9, at the center’s Knight Concert Hall.

New this year, according to Jairo Ontiveros, vice president for education and community engagement at the Arsht Center, is the Singing in the Streets celebration beginning at 5 p.m. Saturday, Oct. 8. 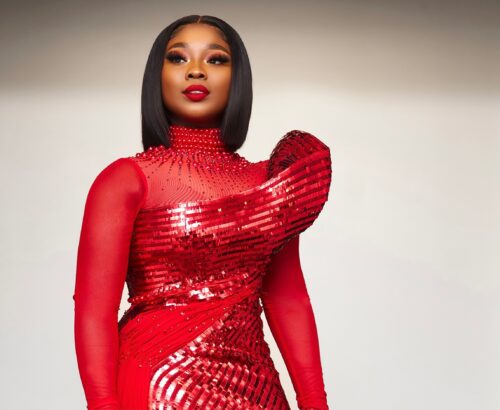 Jekalyn Carr headlines Free Gospel Sunday on Oct. 9 at the Adrienne Arsht Center’s Knight Concert Hall, a kick off to the 16th year of the series. (Photo courtesy of artist management)

“We’re really taking it to the streets,” says Ontiveros, explaining that the Singing in the Streets component of Free Gospel Sundays consists of pop-up performances. On Saturday, it will be a dual presentation of two choirs, according to Ontiveros.

“The Florida Memorial University Ambassador Chorale will have a public performance at the Mount Zion Missionary Baptist Church (309 NW 9th St., Miami), which we all know is historic to our community, and then the second one will be the Florida Fellowship Super Choir.  They’ll at Miami Gardens City Hall (18605 NW 27th Ave., Miami Gardens).”

“It’s exciting to finally get a chance to be a part of this,” says Edwards.

The Super Choir’s performance is the first in a series of additional productions that will take place throughout the year, which include three-time Grammy Award-winning Soweto Gospel Choir on Sunday, Dec. 18. In 2023, a Black History Month celebration follows. with a performance slated for Feb. 26 with Pastor Marc Cooper and Miami Mass Choir. The Little Haiti Cultural Center’s first Gospel Fest will round out the events with free performances throughout the day on March 26.  Another event is scheduled for April 2023, but details have not yet been announced. WPLG-TV Local 10 Anchor Calvin Hughes will serve as host for the season. 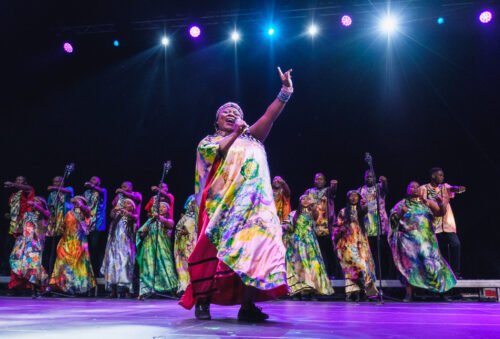 Hailing from Soweto (South West Township), a town outside of Johannesburg and home of Nelson Mandela, Soweto Gospel Choir comes to the Arsht Center as part of Free Gospel Sundays on Sunday, Dec. 18. (Photo courtesy of Henry Engelbrecht)

He says the Arsht Center’s dedication to the program, with its “vast amount of resources,” is a considerable commitment. “They have a wide reach, they have great influence and for them to think enough of gospel music to promote it on the level that they are, especially in South Florida, and hopefully across the country, is significant. “

Ontiveros says that is precisely one of the goals for Free Gospel Sunday — to provide audiences accessibility to gospel artists that may seem out of reach.

“You know, art has to be accessible. Art is for everybody. And I think the idea of gospel music being put center stage, just like any other series, and the fact that people can come see Yolanda Adams, CeCe Winans, Shirley Caesar and Donnie McClurkin and… the Soweto Gospel Choir . . .  (a well-known international choir coming in later as part of the season) is a good thing.” 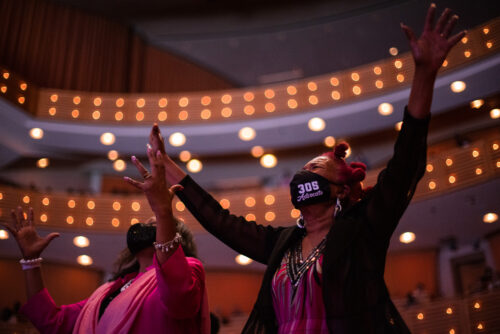 Participants at a previous Free Gospel Sundays at the Arsht Center. (Photo courtesy of Taylor Brown)

According to Ontiveros, Free Gospel Sundays was first created jointly with the Arsht Center along with Pastor Marc Cooper and his Miami Mass Choir and it has proven an overwhelming success. Since its inception, over 50,000 attendees have attended Free Gospel Sundays, Ontiveros says, adding that feedback from audiences has been overwhelmingly positive.

“It is one of the series at the center that when the first-access passes become available, they get snatched up between five minutes to the hour,” he said. “I mean, that fast.”

A showcase for local talent is also one of the missions of the series.

“Our focus for this season has been on how we can highlight local talent because there’s such rich local talent for gospel music in Miami and in South Florida at large,” he says. 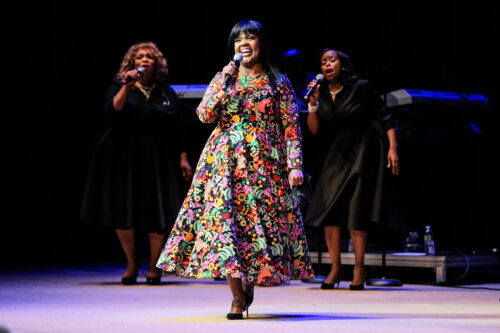 Gospel superstar CeCe Winans performs on stage at the Arsht Center on Sept. 17, 2017 as part of Free Gospel Sundays at the Adrienne Arsht Center. (Photo courtesy of Sergi Alexander/Eyeworks Production).

For Edwards, no matter where it is performed, he says authentic gospel music is best when it is shared.

“That is the best part of it. You can walk into any African American church on any given Sunday and gospel music is very much a part of the culture. Simply because it is generated by us. It is sung by us. And it is played by us.”

COST: Free. No RSVP required for Singing in the Streets; RSVP for Jekalyn Carr