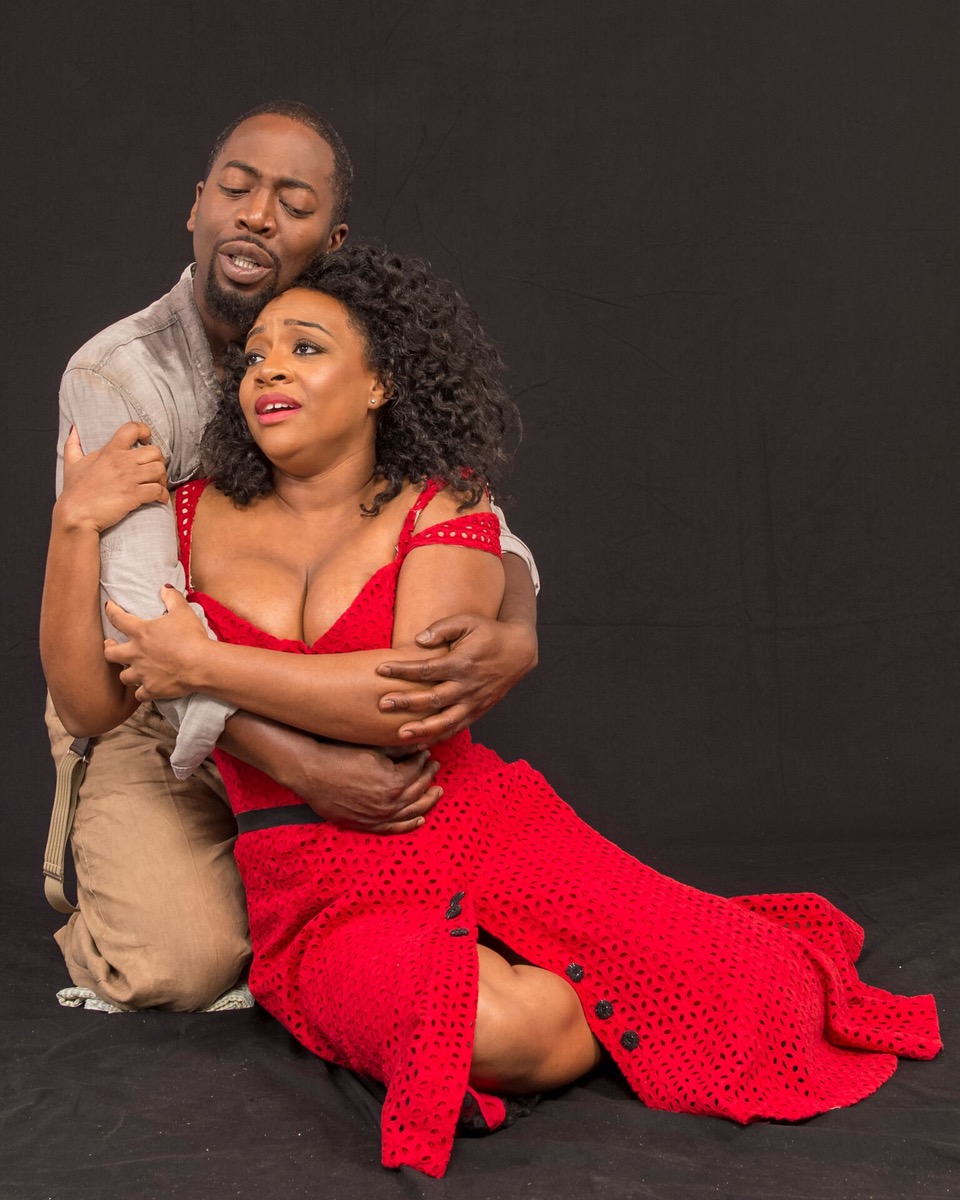 Richard Jay-Alexander is a ball of energy, and his hands flail as he talks in a rapid staccato. He uses the word “intense” often, and talks about live theater as if it’s a matter of life and death. “Look,” he says, “when you’re doing a big production, the stakes have to be high, because the stakes are high.”

Most recently, Jay-Alexander has planted his stake in the South Florida Symphony Orchestra’s production of “Porgy and Bess.” The George Gershwin-penned musical is quite an undertaking for the Wilton Manors-based orchestra, which began as the Key West Symphony Orchestra in August 1997. True to its name, it plays South Florida with concerts at three venues for each of its programs: the Adrienne Arsht Center for the Performing Arts in Miami, the Broward Center for the Performing Arts in Fort Lauderdale, and the Tennessee Williams Theatre in Key West. “Porgy and Bess” will be performed Jan. 16 in Miami, Jan. 19 in Key West and Jan. 23 in Fort Lauderdale.

“I personally had never heard of the South Florida Symphony,” admits Jay-Alexander, who lives in Miami Beach. Last February, he went to see singer Liz Callaway, whom he had directed in a show at Carnegie Hall, when she was performing at the Knight Concert Hall at the Arsht Center. “And this orchestra was playing behind her, and I was like, ‘Holy crap. Why don’t I know about this orchestra?’ “

He recalls another “holy crap” moment in the middle of the performance, when one of the singers on the bill, Neil Nelson, announced he was going to be starring in the orchestra’s production of “Porgy and Bess.”

Jay-Alexander says he became a man on a mission. He walked into the after-show reception and told Callaway he needed to meet whomever he could talk to about being part of the symphony’s “Porgy and Bess.”

“It’s always been one of those bucket-list shows for me to direct,” Jay-Alexander says.

While he was working in New York as a dancer, singer, and actor in the late 1970s, a production of “Porgy and Bess” changed the trajectory of his professional life. “One of my first nonperforming jobs was in [Broadway producer] Sherwin Goldman’s office.” It was 1977, and Goldman was co-producing the first “Porgy and Bess” on Broadway to use the complete score as Gershwin intended it to be heard when he wrote it in 1935. It won Goldman, director Jack O’Brien and the Houston Grand Opera the Tony Award for Best Musical. Jay-Alexander became a production assistant for the revival. “I went to Paris with that show,” he says, “and I’ve since seen many productions of ‘Porgy and Bess’ around the world.”

Jay-Alexander’s producing and directing credits are vast, and range from running producer Cameron Mackintosh’s North American operations, including dozens of productions of “Les Misérables,” to co-directing with Barbra Streisand all her major tours and concert appearances, including her 2016 show “The Music, the Mem’ries, the Magic,” which was filmed for Netflix at AmericanAirlines Arena in Miami.

Jay-Alexander was able to get a meeting with Sebrina Maria Alfonso, the symphony’s founder and conductor, and Jacqueline Lorber, Alfonso’s wife and the symphony’s president and CEO. “We met at Josh’s Deli in Surfside, and they started telling me what they were up to. I had a terrible reaction to everything they were saying,” Jay-Alexander says. “I was in dim shock that they believed they could do a fully staged ‘Porgy and Bess’ in a two-week rehearsal period. And they were going to put the orchestra in the pit.”

He told them he could help them take their production to another level: “We can create a very different ‘Porgy and Bess.’ “

Alfonso says Jay-Alexander made her see many elements that she hadn’t thought of when imagining the production. His most important suggestion was that the orchestra shouldn’t be hidden in the pit but part of the action onstage.

“He had a grand idea of making the symphony part of the drama, which is really going to be different and unique,” she says.

Alfonso is not one to shy away from taking chances. Last year, the South Florida Symphony Orchestra collaborated with the Martha Graham Dance Company on a world debut of Graham Company choreography set to music by South Florida composer Tom Hormel. The new choreography is now part of the company’s permanent repertoire.

Jay-Alexander’s theatrical eye fit in with Alfonso’s wish to not perform a concert version of the Gershwin classic. “Everyone can do that,” she says. “If we were going to do this, if I was going to take this on, I wanted something spectacular to give this important work the reverence it deserves.”

She enlisted Paul Tate dePoo, who also grew up in Key West, to create the scenic design. DePoo has designed for big-scale Broadway, regional-theater and opera companies. “It was a proud moment for me to be able to work with someone I watched grow up in the symphony’s school programs who is now doing very well on Broadway,” Alfonso says.

DePoo’s designs, which will be done using video mapping, will create a “whole new opportunity” to tell the story, Alfonso says.

“Porgy and Bess” is set in the 1930s and based on a novel by DuBose Heyward about an African-American neighborhood known as Catfish Row and the residents who live there. It, too, was on Alfonso’s “bucket list” for years. “It’s not only [important] as a musical piece,” she says, “but important as a statement about what was going on in this country as far as segregation.” Alfonso admits that she can’t wait to raise her baton on opening night to conduct the lush gems in Gershwin’s score.

“It’s going to be a hybrid of staging and music, but the 70-piece orchestra is the ticket,” Jay-Alexander says. “I’m predicting two enormous cheers in particular sections of the overture every night when that orchestra is onstage.”

The South Florida Symphony Orchestra will perform “Porgy and Bess” 7:30 p.m. Wednesday, Jan. 16 in the Knight Concert Hall at the Adrienne Arsht Center for the Performing Arts, 1300 Biscayne Blvd., in Miami. The symphony will also perform the show 7:30 p.m. Wednesday, Jan. 23 at the Broward Center for the Performing Arts, 201 SW Fifth Ave., in Fort Lauderdale. Go to SouthFloridaSymphony.org.