Bringing in the funk, the GroundUP Music Festival set to return May 6-8 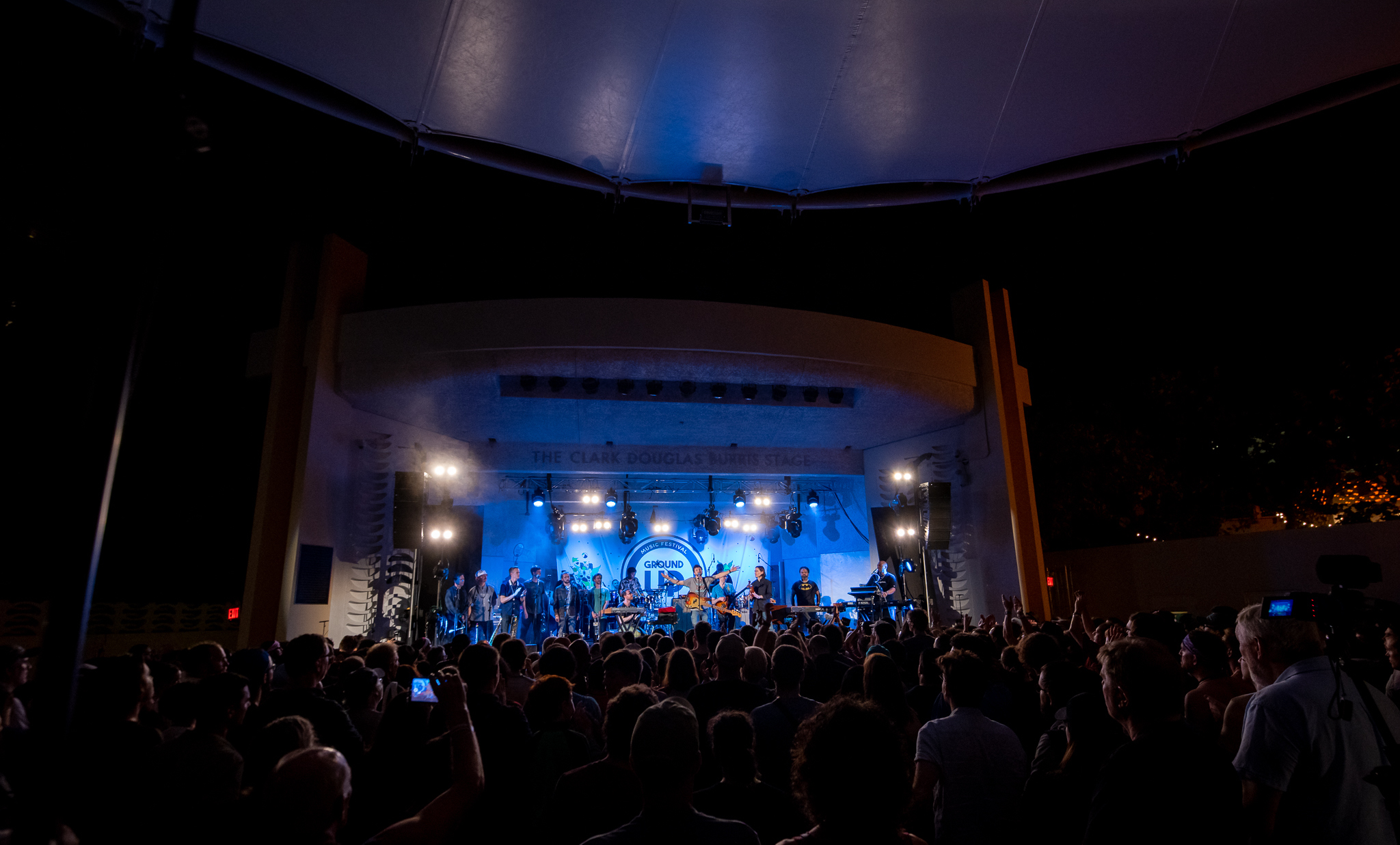 Grammy Award-winning Snarky Puppy performs at the North Beach Bandshell to close out the 2020 edition of the GroundUP Music Festival. (Photo courtesy of Stella K.)

Musicians and music lovers from more than 50 countries – and nearly every state in the nation – are expected to converge on Miami Beach for three days packed with jazz, fusion, funk, progressive rock and indie performances. There will be master classes in everything from songwriting to marketing to music production, brunch-time acoustic sets, after-hours jam sessions, relaxed connection-building and all-around bonhomie.

For the many musicians of Snarky Puppy, the Grammy-winning Brooklyn-based collective that is the center of GroundUP’s orbit, it’s a weekend spent playing with friends old and new on a stage in the sunshine just steps from the ocean.

The festival, now in its fifth edition, is unusual, not just for the beauty of the setting, but also because of its chill, welcoming ambience. Ground zero for GroundUP is the renovated North Beach Bandshell, with its state-of-the-art sound system and other improvements, but the festival grounds also encompass a wide swath of the adjacent park. At the adjoining Palm Glade, for example, festivalgoers can lounge on hammocks between sets, then stroll next door to a small outdoor stage for more music. Even the beach itself becomes a performance space where musicians and audience members can come together for a drum circle to end all drum circles or a mega-sing-along-on-the-sand.

More cool breeze than hurricane, the festival has a laid-back vibe that’s like an antidote to the more frenzied, hyped-up energy of Ultra or Rolling Loud. And unlike other festivals, GroundUP artists tend to stick around for the entire event, so audiences really do have a good chance of rubbing shoulders with their favorite performers or hearing them on multiple occasions as musicians sit in on sets with other artists. It is an event that has stayed small on purpose, to keep audiences feeling that sense of community that has become its hallmark.

GroundUP Miami was founded by South Florida arts promoter Paul Lehr and Snarky Puppy leader Michael League. Like two medieval alchemists combining disparate elements in a quest to create gold, Lehr and League put together unlikely pairings of artists in the hopes that a match made at the event will lead to future recordings and concerts.

They struck pay dirt some years back when famed Doobie Brothers’ pianist and vocalist Michael McDonald and legendary GroundUP-er David Crosby performed with indie singer-songwriter Michelle Willis at the festival. The two then ended up doing backup vocals for Willis on her latest album. The warm atmosphere that the GroundUp team cultivates encourages artists to step out of their comfort zones, “play with different artists … and basically create something new,” Lehr said.

On Saturday evening’s bill, for example, GroundUP headliner Kimbra – who, with Gotye, sang the 2012 mega-hit, “Somebody That I Used to Know,” – will do a completely free-form set she is calling “Space Jam.” With a cadre of consummate musicians ready and willing to collaborate and experiment with new sounds, artists feel more inclined to take chances that they might not normally risk. 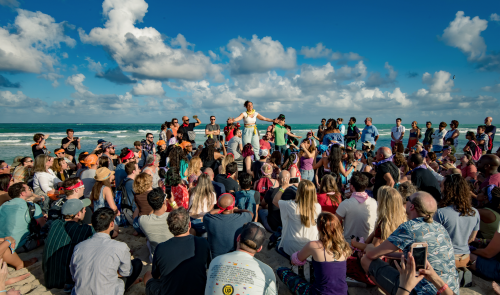 One of the highlights of the GroundUP Music Festival is Banda Magda’s A Capella by the Sea, in which festivalgoers head to the beach for a community singalong led by Magda Giannikou. (Photo courtesy of Stella K.)

“There’s lots of musicians who go back and forth to play with each other,” Lehr said.

It’s not all laid-back licks by any means. From the edgy energy of funkmaster extraordinaire Louis Cole to the rollicking Brazilian beats of South Florida’s own Miamibloco, GroundUP 2022 will offer plenty of opportunities to let the rhythm shake your bones.

For flights of virtuoso musicianship, audiences can check out any number of stellar players: there’s Brazilian bassist Munir Hossn, British pianist Bill Laurance and U.S. jazz violinist and inspired improviser Zach Brock. Never heard Max ZT of House of Waters, whom NPR called the “Jimi Hendrix of the hammered dulcimer”? This is your chance. As Lehr pointed out, “GroundUP is a musician’s music festival.”

Some of the most memorable events, however, don’t occur onstage, but on the sand. This year, as always, there will be an a cappella oceanfront sing-along including festival musicians alongside all willing audience members. Greek singer Magda Giannikou typically takes on the role of uninhibited and charismatic choir director at what seems for a minute like the greatest summer camp for music geeks ever. With a powerful voice, an engaging presence and an inimitable, fun-loving spirit that oozes generosity and good will, Giannikou offers her ad-hoc choir an experience that is as memorable as any at the festival. Simply put, it’s a blast.

“The role of music in lifting people’s spirits, and making you feel alive and that life is worth living, is second to none,” said Lehr.

As the world creeps hesitantly out of the pandemic and watches from the sidelines as tragedies play out across the globe, a little musical wind beneath our wings might be just the lift our spirits are craving.